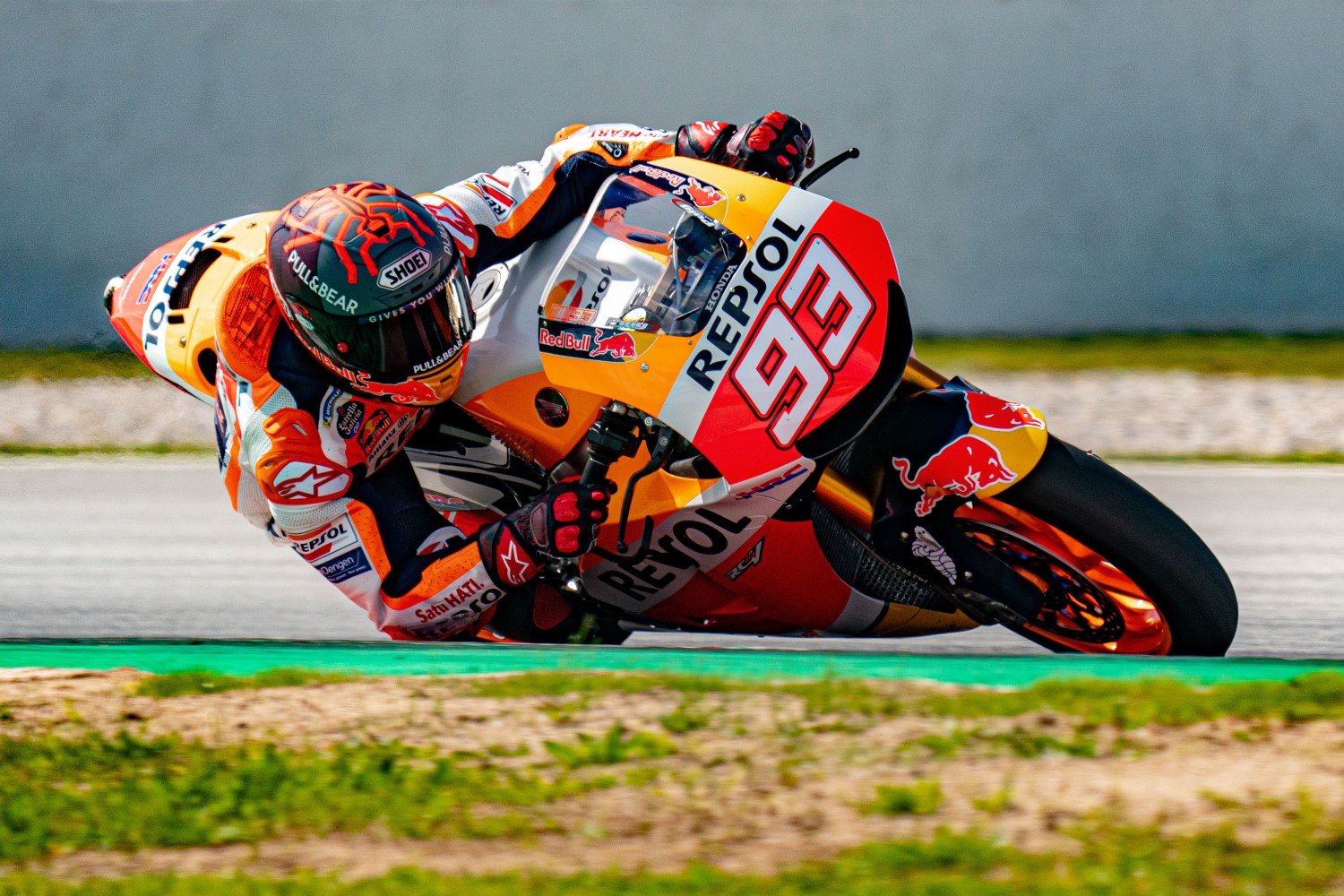 Thanks to the experience accumulated in 43 championships in the premier class (MotoGP and 500) during which the bikes with Brembo brakes have won 32 World Rider Championships, 33 World Constructors’ Championships and triumphed in over 500 GPs with the main protagonist teams, Brembo has created customized braking systems for each of the 22 riders who will participate in the 20th MotoGP championship, the class introduced in 2002 to replace the 500 class.

For the 2021 season, a wide range of technical solutions will allow Brembo to guarantee each one of them the possibility to customize the braking system based on driving style, track features and race strategy, best combining the characteristics of the braking system components.

Introduced at the beginning of 2020 MotoGP championship, the GP4 is a new monobloc aluminum caliper machined from a solid piece of aluminum, with radial attachment and four pistons. It has become the reference caliper for most MotoGP riders, although some of them continue to prefer the use of the 2019 caliper for reasons of habit and different performance of the bike itself.

This caliper is characterized by an extreme design with the presence of fins on the external body includes innovative elements like an amplified caliper with an anti-drag system. In detail, the caliper is characterized by a system that allows each rider to amplify the braking torque, meaning during the braking action, the rider generates a force that is added to that created by the hydraulic pressure of the brake fluid on the pistons. In this way, with the same force on the rider’s lever, the braking torque is amplified.

Thanks to a spring device, in contrast, the anti-drag system allows to strongly reduce the residual torque and avoid contact between pads and discs in the absence of pressure in the system. This avoids the formation of that unwanted force that tends to unintentionally slow down the bike.

The majority of riders should choose discs with a diameter of 340 mm, dividing between High Mass and Standard (low mass). Some teams instead, will continue to use Standard and High Mass discs with 320 mm diameter.

Furthermore, for each format of brake disc and pad, two different carbon compounds are available differing for initial brake bite and resistance to high temperatures.

Among these five geometries there is also the novelty that Brembo will make available to the teams starting this season: it’s a ventilated carbon disc. The characteristic of this disc is precisely the ventilation which aims to increase the heat exchange and therefore improve the cooling of the disc itself. This is a solution designed specifically for circuits that are expected to be very severe for the braking system such as Spielberg, Motegi, Sepang or Buriram.

Carbon offers a triple advantage: a reduction of unsprung mass, an identical friction coefficient from the start to the finish line and an absence of residual torque issues that can come from the use of steel discs.

Focus on the brake feel

The types of brake master cylinders available for the teams differ in terms of wheelbase, in order to adapt both the race and the “reactivity” of the control as a function of rider feel. In addition, each motorcycle features the remote adjuster, used by the rider’s left hand to vary the position of the brake lever even while lapping the circuit.

According to Brembo, more than one-third of MotoGP riders, regularly use the thumb master cylinder. This technical solution, introduced by Brembo in the 90’s to support Mick Doohan, allows the activation of the rear brake by pressing a special lever placed on the left semi-handlebar and actuated by the riders thumb.

Two variants of the thumb master cylinder systems are in use for the 2021 season: the most widespread features a unique circuit of thumb master cylinder and pedal, using a rear 2-piston caliper. Instead, the alternative, features two separate circuits, each of which acts on two of the four pistons of the rear caliper. In the first option a system excludes the other, in the second they can act simultaneously.

Starting from 2019, the teams can also use a variant of the classic thumb pump, which is called push and pull pump. This new design is optimized to guarantee the maximum efficiency, it has a dual function and can be operated both by the thumb or index, depending on the rider’s preference. The use of this pump with the index requires it to be mounted on the lever with a rotation of 180° compared to the use of the thumb increasing the modulation and the grip on the lever during deceleration.

Marchesini forged magnesium wheels will be used by the majority of the riders competing in 2021 MotoGP, with 7 teams out of 11. Marchesini wheels are at Y 5-spoke or 7-spoke for the front and at 7-spoke for the rear. Marchesini wheels, a brand of the Brembo Group, ensure weight savings for the motorcycles, favoring acceleration and handling while changing direction and during the most critical phases: in entry curve with pulled brakes, in cornering at high rolling angles (up to 60°) and in curve exit with open gas inclined motorbike.

After the tests in Jerez and Portimao, Brembo officially presents the new braking system for the 2021 Moto3 world championship, while compared to 2020, the Moto2 braking system supplied unchanged.

The weight is about 200 grams less than the system used until last season.

The new monobloc aluminum caliper is entirely machined from a solid piece of aluminum, with a radial connection with two pistons diameter of 32 mm and is externally characterized by radiating fins with the aim of increasing heat exchange. As visible by aesthetic aspect, the new Moto3 caliper mirrors the appearance of the new GP4 caliper launched in MotoGP at the beginning of 2020. This element is certainly important not only for the performance of the bike itself, but also for the design concept and a family feeling to which, for some years, Brembo has been paying close attention.

The new aluminum disc is characterized by a reduction in the height of the band which allows a weight reduction of the disc itself with the aim of limiting the unsprung masses and especially the rotating ones.

The great news of is the introduction of the wheelbase gearbox system, born with the RCS master cylinder for road bikes and now also introduced in the two-wheel racing world. The new master cylinder is characterized by the use of pistons with a smaller diameter than the diameter in use up to the 2020 championship – a choice between 14 mm and 15 mm and no longer standard at 16 mm – with the possibility for the rider to adjust the distance between 18 mm and 20 mm depending not only on the riding style but also on the circuit.

Thanks to this variation in wheelbase, the rider can therefore benefit from a modular or more aggressive system in the different driving phases.

The braking system is completed by the sintered Z04 pads and the new Z16 pads.