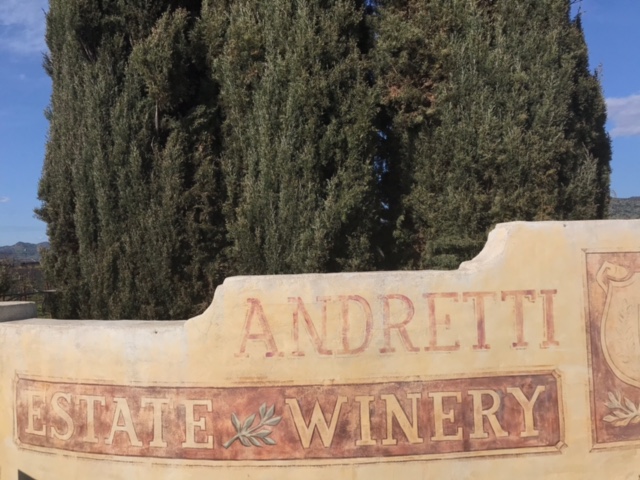 Andretti Winery will close its Napa Valley winery today, according to WineBusiness.com.

The tweet they refer to appears to have been removed, however, so we mark this as a rumor for now.

The company said it has decided not to extend its lease of its site on Big Ranch Road. The Oak Knoll winery also stressed in its message that customers will “always be able to order” wine online on the company’s website.

“This isn’t ‘goodbye,” this is ‘we’ll see you later’…at our future location!,” the message read. However, no new sites have been announced.

Andretti and co-founder Joe Antonini, former CEO of Kmart Corp., who started the winery in 1996, could not be reached to comment on the decision to leave the Tuscan-style winery on the edge of the Napa.

It is unclear who will next occupy the winery site. An entity owned by the Laird family is the listed owner, according to county records. A representative for the Laird family could not be reached to comment on the imminent change on the property.

Bacchus Capital Management in 2011 announced it was investing capital into Andretti Winery. The winery is no longer part of the Bacchus’ portfolio.

On Monday, customers continued to stop by the winery, where shirts and other souvenirs were 75 percent off.

“For me, it’s like a family,” she said of her colleagues. Still, she said something good will come out of this. She starts a nursing assistant job on Friday, she said before pouring Chardonnay to a customer.