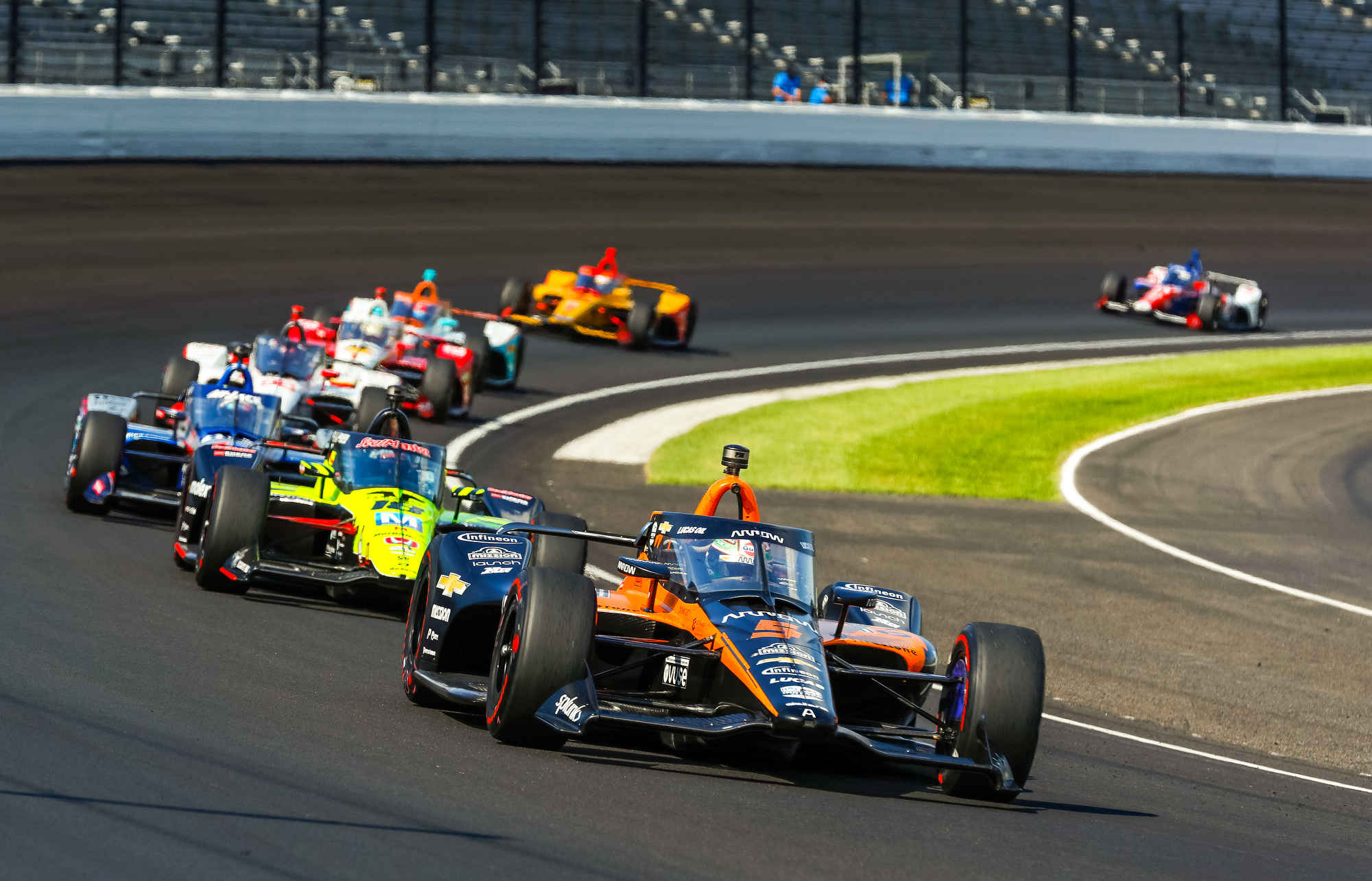 CORRECTION: KERS was first introduced in F1 in 2009 so they have used hybrid engines for 12 years not 15 years as stated below. However, IndyCar’s first hybrid engine won’t be introduced until 2023, so a full 14 years after F1’s first.

KERS, capturing energy into a battery from regenerative braking, made its F1 debut in 2009 as a driver aid designed to help both overtaking and defending position. At the push of a button, the driver  could access a burst of 80 horsepower from an electric motor for 6.7 seconds a lap, releasing it in one go or at different points around the circuit.

The NTT IndyCar Series has confirmed it will be testing the current push-to-pass system, increased to 100HP, on the Indianapolis oval as part of its preparations for the introduction of hybrid power units in 2023.

This Friday IndyCar will be overseeing the day’s running with solo runs in the morning for the teams to get their chassis dialed in, followed by an afternoon session in which all four drivers run on the track together – all using the current turbo boost push-to-pass to see what the racing will be like on an oval, and whether the more passing it creates improves the show safely.

It will be interesting to hear what Alexander Rossi’s impressions are. Years ago we innocently asked him his thoughts on using push-to-pass on ovals and, in his usual arrogant way, belittled the idea and basically said we were a moron for even suggesting it – saying it was too dangerous if it did not shut off at the end of the straight.

Let’s see what he says about the idea now.

A new 2.4-liter V6 turbocharged power unit is set to be introduced in 2023, including a hybrid system, capable of delivering over 900 horsepower.

Honda and Chevrolet are fully onboard with the new hybrid idea – something F1 has been using for 15 years.

The electric motor is expected to deliver a 100 HP increase in power from energy stored in a battery. On street and road courses the energy will be harvested from regenerative braking. On ovals there is no braking so the energy will have to use another F1 technology – Motor Generator Unit-Heat (MGU-H), which is connected to the turbocharger and harnesses excess energy from the spinning turbo shaft.

In F1 the MGU-H in the most basic sense is a generator attached to the shaft of the turbo. As the turbo spools up it spins the generator and generates electricity.

It can recover energy from the turbo, store it, and then use it to spin the compressor. If you look at a turbocharger, you’ll find a turbine at one end, and a compressor at the other. The exhaust gases are used to spin the turbine, which spins the compressor. The MGU-H is located in between the two.

So when the hot gases spin the turbine, it also produces electricity that is stored in the battery. And when the car accelerates, the electricity is used to spin the compressor, providing immediate power. There’s no turbo lag. Power application is immediate, like with any normally aspirated engine. 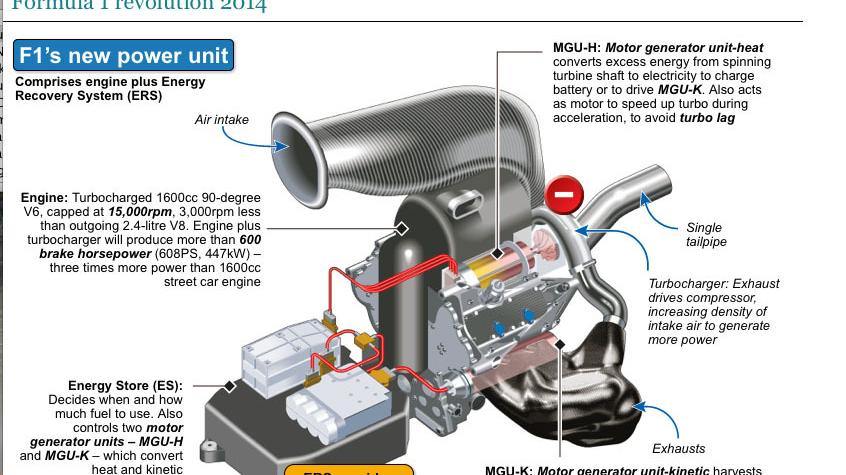 There is just one battery in the car. Even if electricity comes from various sources, it’s all stored in one place. The sole battery is flat and is located inside the chassis, underneath the fuel cell.

The MGU-K (Kinetic energy from regenerative braking) and MGU-H deliver a solid boost of power.

It will be interesting to see how Chevy and Honda implement these technologies.  Together with IndyCar they may decide to use the MGU-K to store energy in the battery and the electric motor for Push-To-Pass on street and road courses, and the MGU-H on ovals to store energy in the battery – to then power the electric motor. This would be a slightly different application of the technology from how F1 uses it.