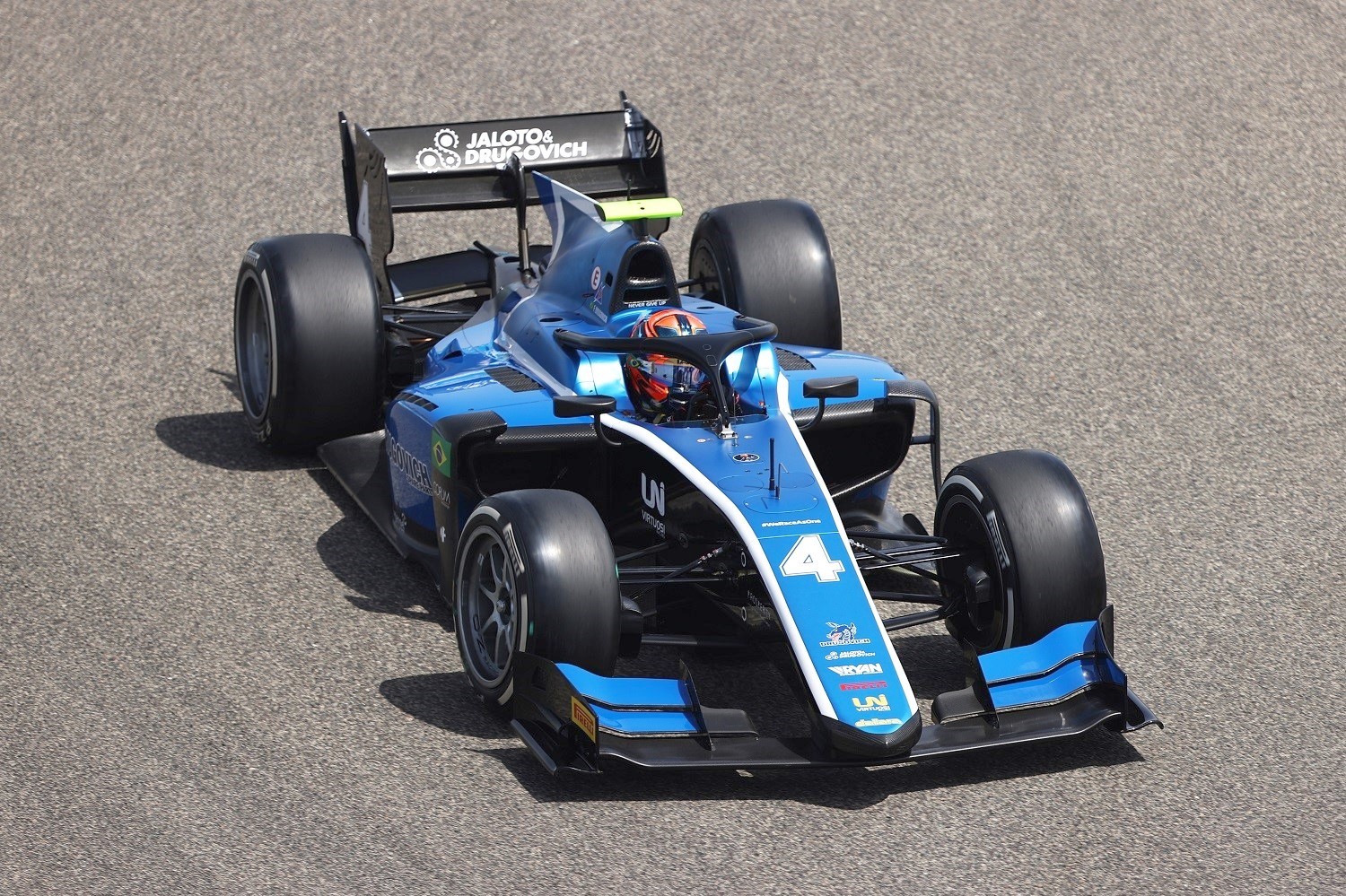 Returning to Sakhir for the fifth time in just over a year, the field are well versed on a lap of the Bahrain International Circuit and headed out into scorching 47-degree temperatures for the very first session of the 2021 season, with a good idea of what to expect.

Ralph Boschung was the first of the new-look grid to put a time on the leaderboard, setting the initial standard at 1:46.943, ahead of his Campos teammate Gianluca Petecof.

The Swiss did marginally improve on his next tour, but it wasn’t enough to retain P1 as he was knocked down the order by Ticktum, the newly confirmed Williams Development Driver punching in 1:45.788.

Surprise package of 2020, Drugovich, swapped MP Motorsport for UNI-Virtuosi in the off-season and is eyeing a title charge with the British team. It only took the Brazilian 20 minutes to get a feel for his new equipment, going fastest with a time of 1:45.340 to better Ticktum’s improved tour of 1:45.481.

On the back of an impressive pre-season test, Red Bull junior Lawson looked to have a pretty good understanding of the track, nipping into third, just two tenths short of Ticktum. Ferrari Academy pairing Robert Shwartzman and Marcus Armstrong were just behind the Hitech driver, kicking off their second season of F2 in fourth and fifth with PREMA and DAMS.

Lirim Zendeli, who replaced Drugovich at MP, was impressing on his debut, running in sixth place as the second highest rookie, four tenths off the pace.

Red Bull Juniors Jüri Vips and Jehan Daruvala tussled into the top ten with Hitech and Carlin, going sixth and eighth. Rookie Bent Viscaal was doing a decent job on his maiden outing with Trident, breaking into the top ten ahead of 2020 F3 champion Oscar Piastri, who completed the top 10 with PREMA.