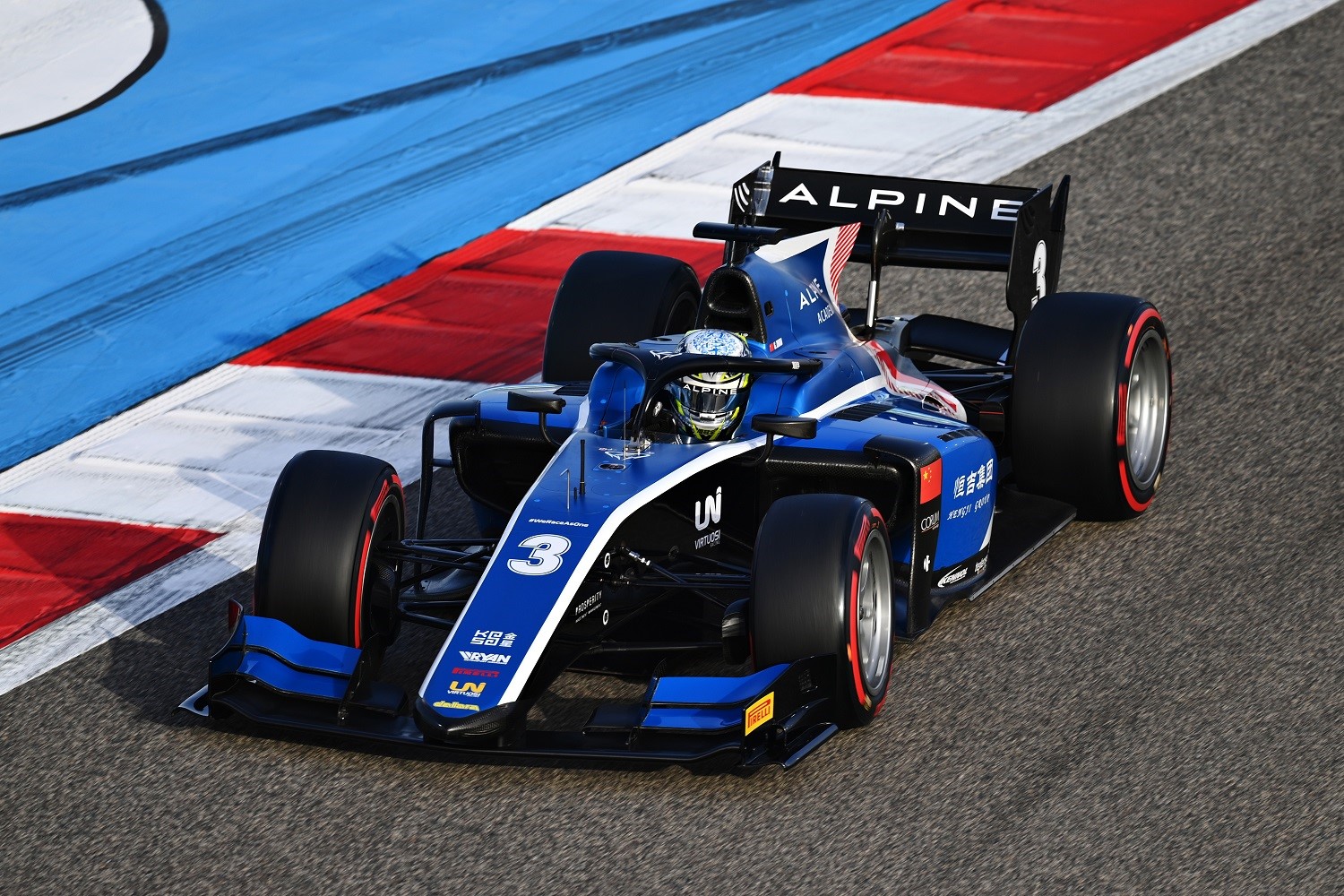 Guanyu Zhou took the first pole position of the season for the second year in a row, going fastest in Sakhir to take the first points of the new campaign during a dramatic final few minutes. The UNI-Virtuosi man stole first from ART Grand Prix’s Christian Lundgaard by 0.003s on his final tour of the Bahrain International Circuit, with his teammate Felipe Drugovich finishing third.

Lundgaard didn’t make the top 10 in Free Practice, but was straight on the pace in Qualifying, putting in two purple first sectors to leap to the top of the time screen with an early benchmark of 1:43.628.

A late wobble in the final sector meant the Dane’s benchmark was beatable, and Drugovich managed to find the extra bit of time to do just that. The UNI-Virtuosi racer was fastest in Free Practice on the hard tire and appeared equally as comfortable on the softer compound, stealing P1 by three tenths.

Drugovich’s teammate Zhou started 2020 on pole and was looking for the same outcome one season on. The Alpine junior was the only driver without a time on the board when the field fed back into the pits for a change of rubber, having boldly requested to run in the gap. He didn’t disappoint, bettering his teammate’s lap by 0.022s to replace him in first place.

No sooner had the cars returned to the track, were they having to head back into the pits. The field had just completed their preparation lap when Robert Shwarztman came to a halt down the pit straight and brought out a red flag. The stranded PREMA was swiftly cleared off the track, but just five minutes remained to get a time on the board.

Knowing time was of the essence, Lundgaard flew back out of the traps and got to work regaining control of the session. The Dane gave posted three purple laps, and the nailed the tricky final corner that let him down before, to take first from Zhou.

Amongst the first to get another time on the board, Lundgaard headed back into the pits to await his fate, knowing his tires were cooked. The ART Man watched on as Ticktum failed and ended up in fourth. The Briton set two green sectors, but got stuck in traffic around the final corner. Jüri Vips and Richard Verschoor both missed out as well, settling for fifth and sixth.

Zhou and Drugovich both beat the checkered flag to give themselves one last shot at beating Lundgaard’s provisional pole time of 1:42.851.

Setting a personal best first sector and a fastest overall second sector, Zhou’s final lap time was better than Lundgaard’s by the finest of margins, knocking off his Alpine academy teammate by three thousandths of a second. Meanwhile, Drugovich’s final tour wasn’t quite as strong and the Brazilian ended up in third, behind Lundgaard.

Further back, Jehan Daruvala managed to take seventh, ahead of reigning Formula 3 champion Oscar Piastri, with Liam Lawson in ninth.