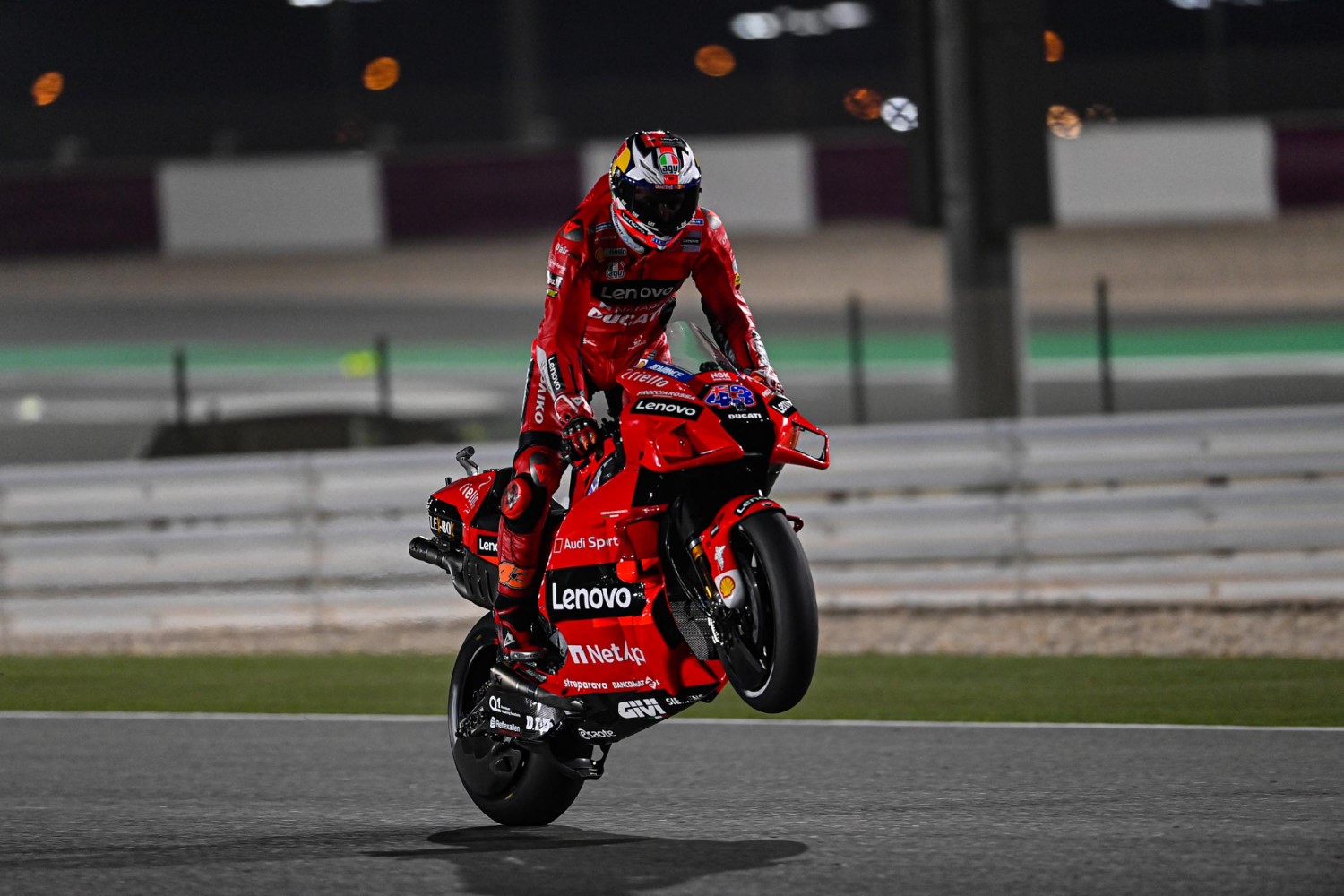 Leading the way on Friday at the Barwa MotoGP Grand Prix of Qatar was Ducati Lenovo Team’s Jack Miller. The Australian’s 1:53.387 was just 0.007s away from the all-time lap record as teammate Francesco Bagnaia made it a factory Bologna 1-2, 0.035s splitting the red machines. Fabio Quartararo (Monster Energy Yamaha MotoGP) was third quickest as MotoGP™ returns in scintillating fashion, with half a second covering the top 10.

After a scorching FP1 was completed earlier in the day, the Losail floodlights were switched on for FP2 and Miller, Bagnaia, Aleix Espargaro (Aprilia Racing Team Gresini) and Alex Rins (Team Suzuki Ecstar) all immediately set lap times quicker than Franco Morbidelli’s (Petronas Yamaha SRT) FP1 pace in the opening handful of minutes. This occurred before the red flags were then waved due to track conditions, some debris had been scattered across the track on the start/finish straight. However, after a quick clean up operation, the MotoGP™ riders were back out with one thing on their mind: securing a top 10 place.

Aleix Espargaro was the first rider to venture into the 1:53s under the evening lights and briefly went seven tenths clear. Outstanding from the Spaniard and Noale factory early in 2021, as Rins then cut the deficit to just under half a second. The spearhead of the times fell quiet for a few minutes but with just under 15 minutes to go on the opening day, Quartararo got within a tenth of Aleix Espargaro to make it four manufacturers in the top four: Aprilia, Yamaha, Ducati, and Suzuki. Soft front and rear rubber was slotted into the machines of pretty much every rider, as we grabbed the popcorn and watch an almighty battle for the top 10 unfold.

With nine minutes left, Bagnaia then took charge by 0.275s. That lap was within half a tenth of Marc Marquez’s (Repsol Honda Team) all-time lap record, a 1:53.380. The other red bullet then went within 0.007s of that time, as Miller shot to P1. And it was soon a Ducati 1-2-3 with Zarco going 0.199s behind Miller, with the top 10 positions changing constantly.