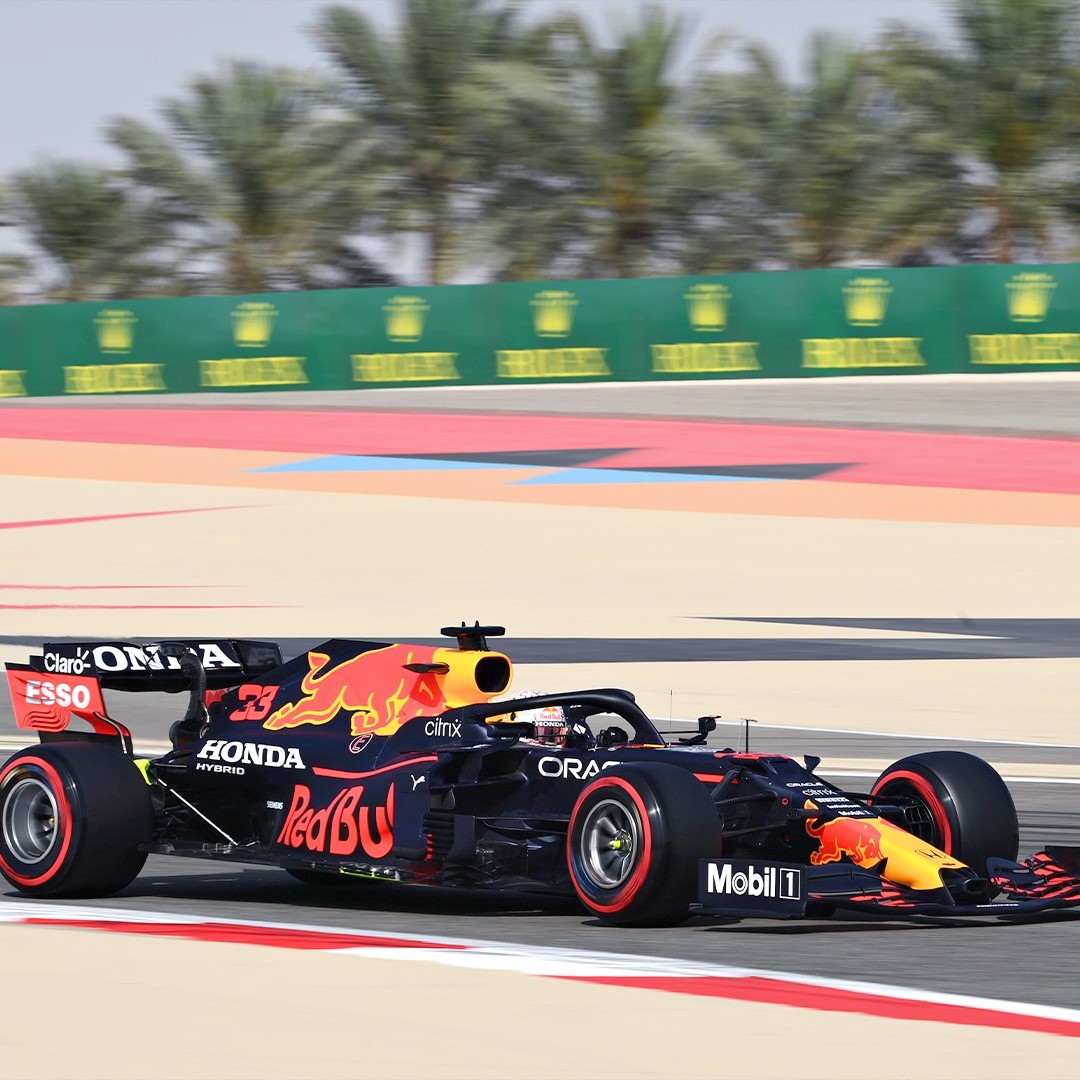 As he did in both practice session Friday, #33 Red Bull Honda  driver Max Verstappen turned the fastest lap with a time of 1m30.577s to lead the final practice session for the Bahrain GP over Lewis Hamilton.

When Verstappen made his quick run it was over seven tenths up on Hamilton, who was sandbagging. That RB16B looks a dream to handle in the corners too, Verstappen able to carry so much more speed.

The session was run under the desert sun, which is not totally indicative of what we will see in qualifying as the track cools.

As for pole, last year that belonged to Hamilton who went on to win the race. His pole lap was a scintillating 1m 27.264s.

Mercedes are not helped by the fact that Bottas seems to be struggling out there. he hasn’t been as happy as Hamilton all weekend, and if he tried some set up changes for today, they didn’t look to have worked. He wound up fourth, well over a second back.