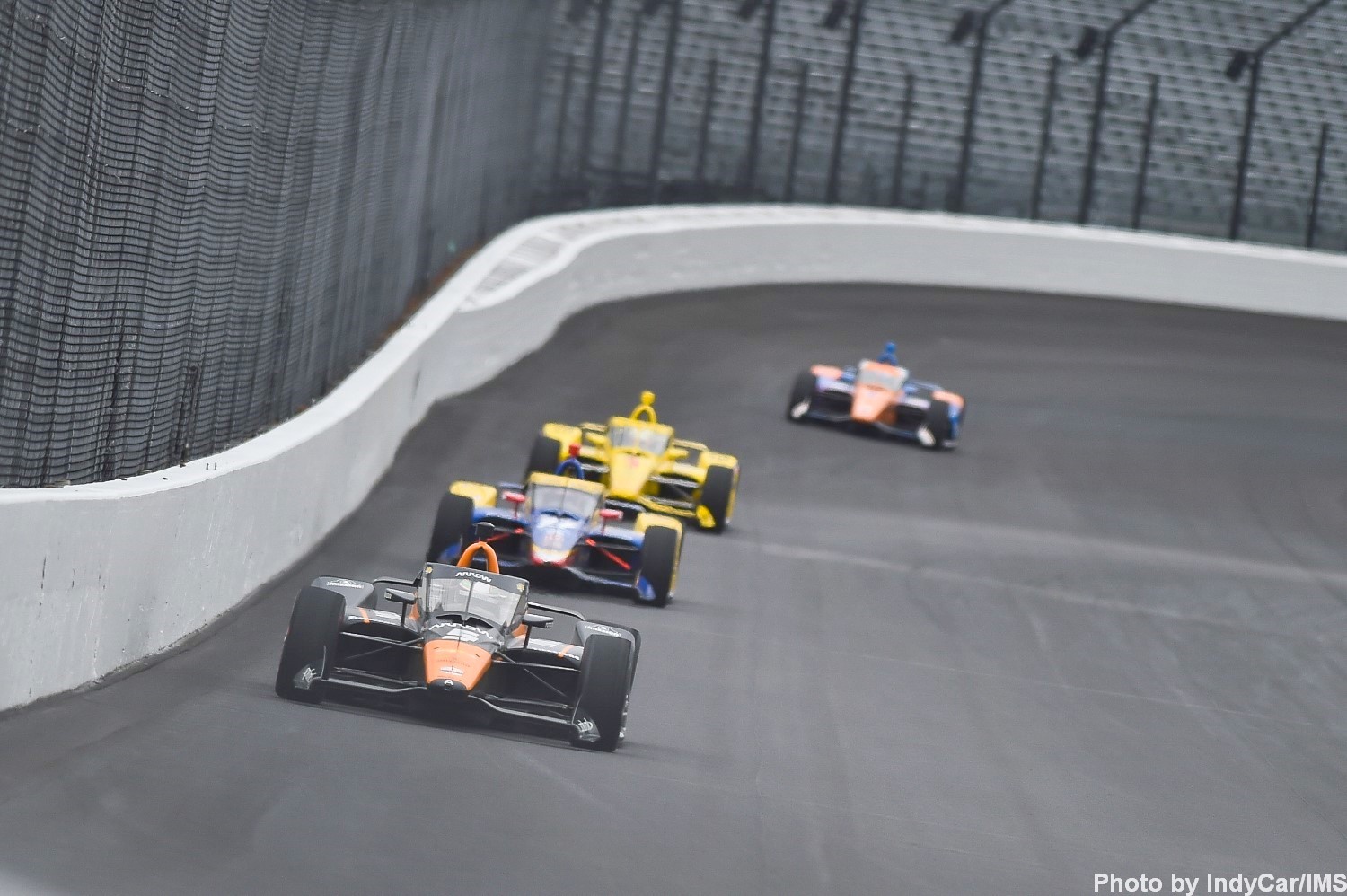 The NTT INDYCAR SERIES continued its preparation for an engine configuration change in 2023, which includes hybrid technology, by testing a Push-to-Pass (P2P) system Friday at Indianapolis Motor Speedway in order to determine the amount and duration of the boost that would lead to the best racing.

It did not matter that this week’s P2P boost was done with a turbo instead of a hybrid electric motor that will be on the new 2023 power unit, what mattered was – the amount of HP increase and for how long down the straights. The info gained now will be used to map out how much and how long the electric motor of the new hybrid system will crank out extra power to supplement the main internal combustion engine on ovals. Mark C. reporting for AutoRacing1.com