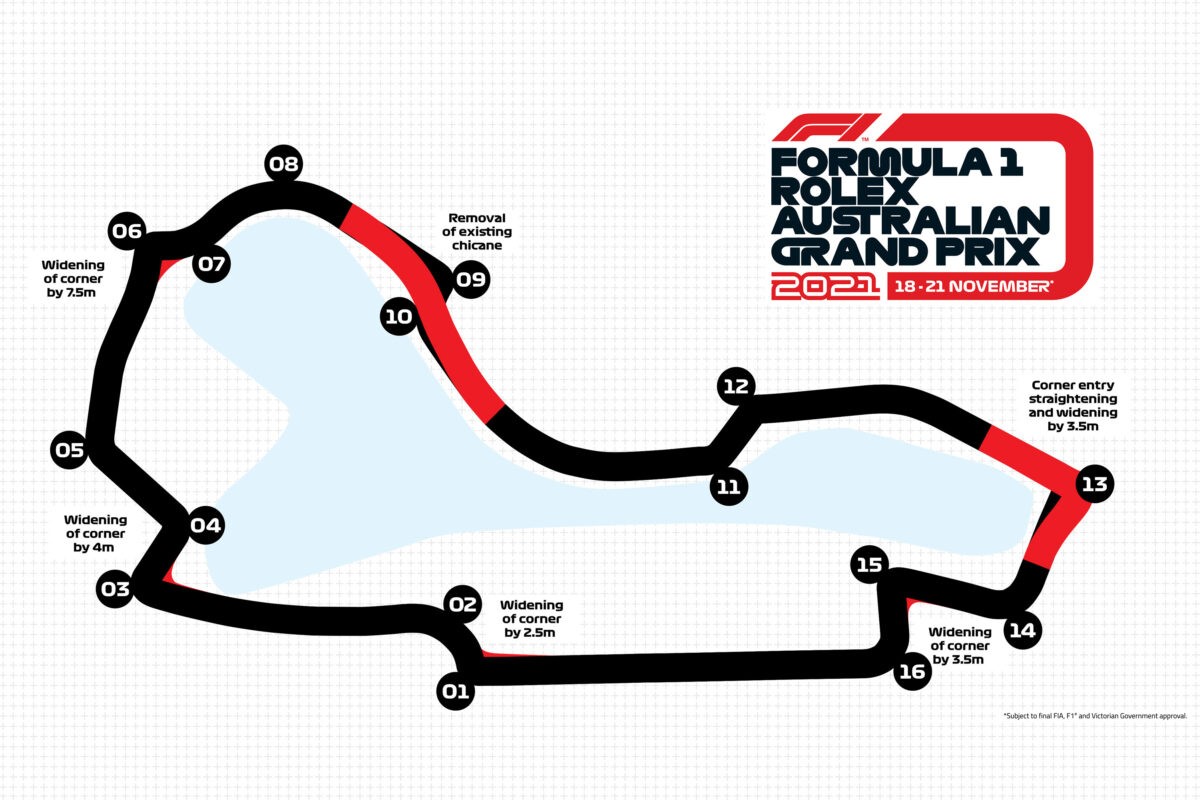 Australian Grand Prix organizers have revealed the full extent of the changes being made to Melbourne’s Albert Park circuit for its 2021 Formula 1 race.

In total, seven of the 16 corners at the street circuit are being modified.

The quick right-hand Turn 6 that starts the middle sector will become even quicker, as organizers expect a 7.5-meter wider turn will increase minimum speeds by 40mph and drop lap times by a full 5-seconds.

The changes at Turns 9/10 will likely lead to a fourth DRS zone being added to Lakeside Drive, while Turn 13 will become slower and tighter thanks to a slight extension of the entry and sharper angle at the apex. The camber will also be adjusted and the corner widened by three meters.

Turn 15 will also be widened to the driver’s right and have its camber readjusted.

Daniel Ricciardo, one of the current F1 drivers consulted on the layout change, is confident the circuit will provide better racing in the future.

“Widening some of the apexes, creating more of a straight in some places to allow for an opportunity for more slipstreaming… that was the priority, and I’m very confident that it’s going to be good,” said Ricciardo.

“Every street circuit is a challenge, but Albert Park is pretty fast, which only adds to that. There’s a lot of fourth and fifth-gear corners, and it’s pretty narrow at certain parts. It’s been somewhere that’s been hard to overtake because of that width and because it’s so fast.

“By changing some of the apexes and creating more room, allowing more chance to make a diving overtake or even change your line to get out the dirty air, I think it will really help.

“With these [2021] cars the changes should help a lot. From 2022, if next year promises everything it does with being able to follow the car in front, then coming to a circuit like Albert Park with these changes should make a pretty amazing spectacle. On paper there’s promise of that.”