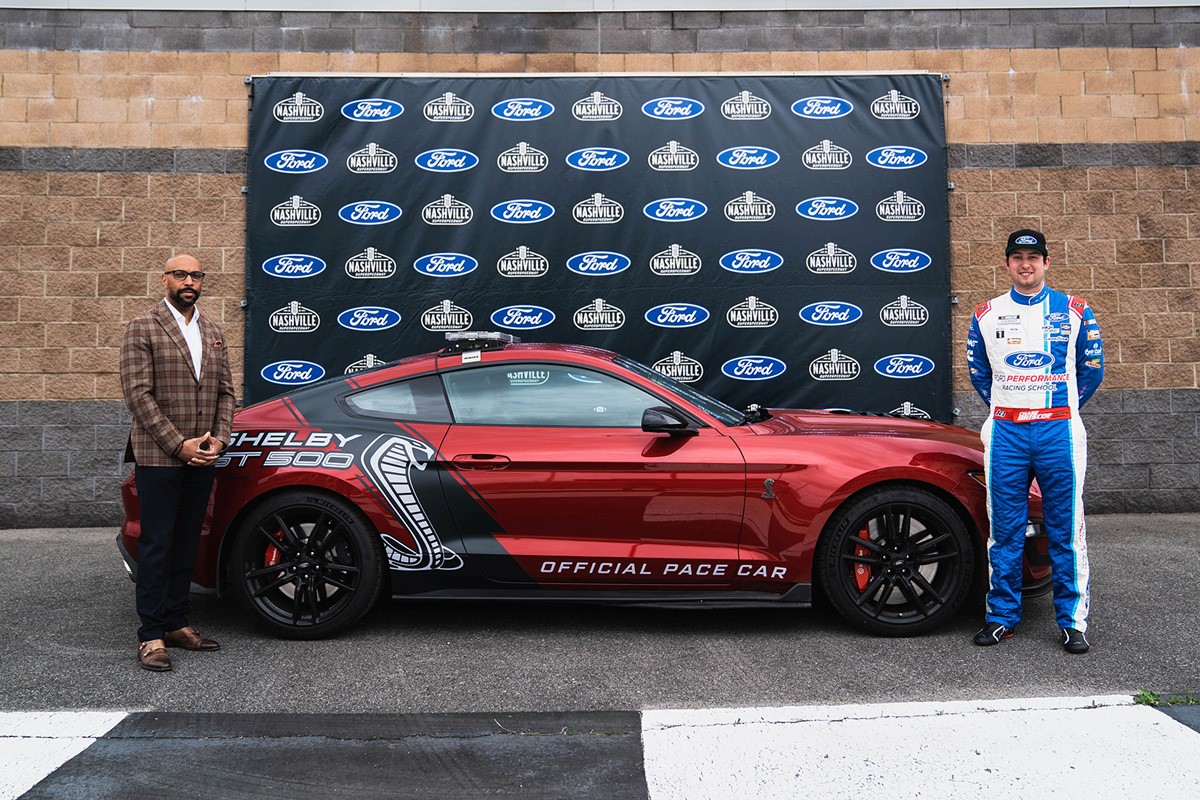 Nashville Superspeedway officials have announced that Ford will be the official pace car provider for its June 18-20 NASCAR tripleheader weekend, including the inaugural “Ally 400” NASCAR Cup Series race on Father’s Day – Sunday, June 20.

The announcement was made during last week’s Goodyear Tire Test at Nashville Superspeedway. Chase Briscoe, driver of the No. 14 Ford for Stewart-Haas Racing, was one of three NASCAR Cup Series stars to participate in the test.

“It’s cool that they’re on board here at Nashville and for them to start this track off as a Ford-branded track,” said Briscoe, a contender for the 2021 NASCAR Cup Series Rookie of the Year honor. “It’s cool whenever we go to a Ford track. The pace car is a Ford and there’s Ford signage everywhere and it feels like you’re more at home.”

“It’s an honor to be linked with such an iconic company as Ford as we continue to build toward our June race weekend,” said Nashville Superspeedway president Erik Moses. “Ford has a tremendous motorsports history and is a brand that connects with our fanbase here in Middle Tennessee. We can’t wait to see a Ford lead America’s best drivers to the green flag at Nashville Superspeedway on Father’s Day weekend!”

“It’s great to have Nashville Superspeedway back in NASCAR, and we’re excited to serve as its official pace car,” said Jeannee Kirkaldy, Ford Performance’s motorsports marketing manager. “We have a wonderful partnership with Dover Motorsports, and we’re ready to continue to play an integral role in their race weekends at Nashville and Dover. We have several exciting new vehicles in our Ford lineup, and we’re looking forward to showcasing them at the track.”