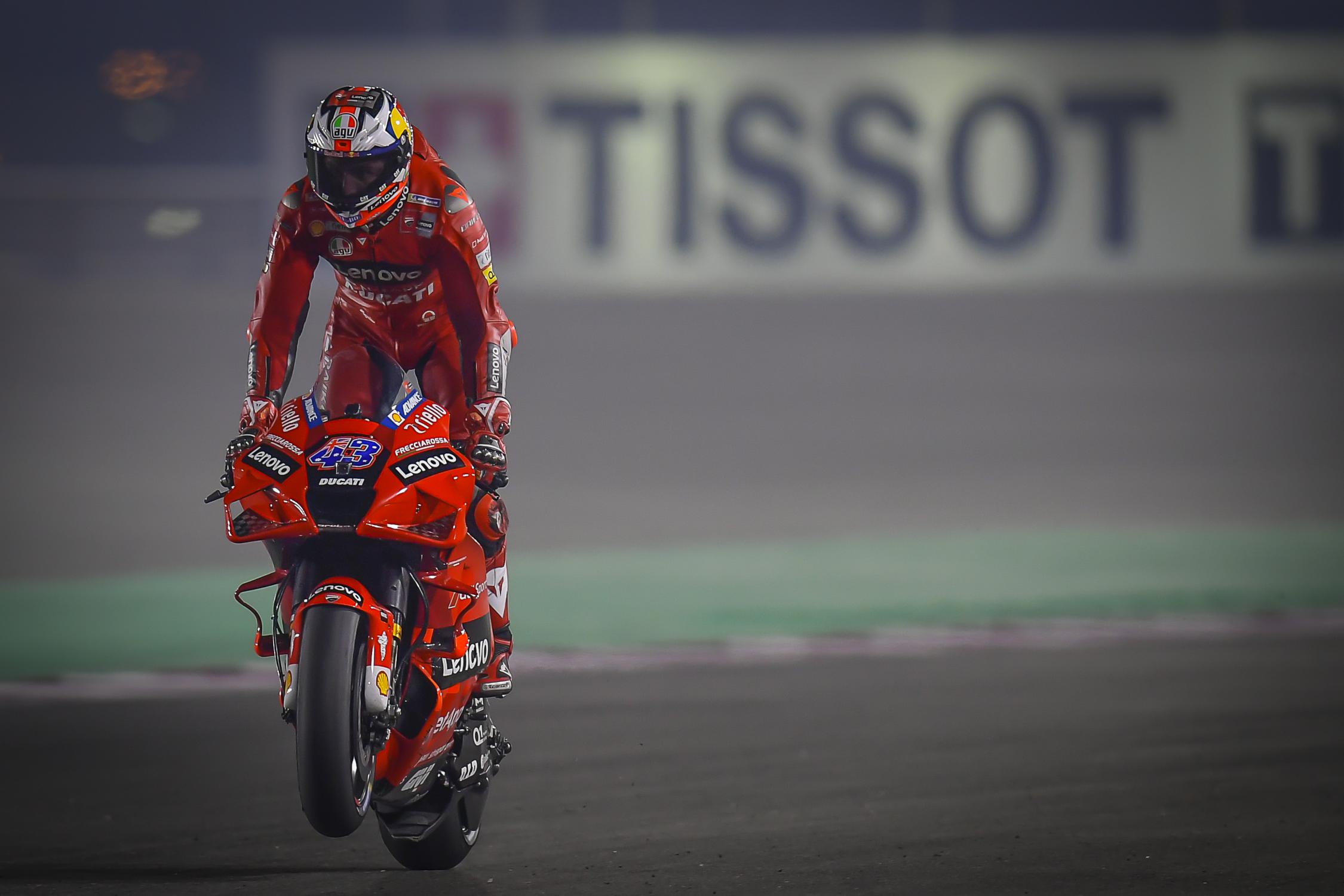 Friday practice at the Tissot Grand Prix of Doha saw Jack Miller (Ducati Lenovo Team – shown above) fastest with a time of 1:53.145. The Australian sits 0.313s clear of factory teammate Francesco Bagnaia heading into Saturday as the Ducatis dominated proceedings.

The final flying laps saw plenty of movement. Bagnaia, Zarco and Martin propelled themselves into the top five as the two Qatar podium finishers also avoid the yellow flags, this time for an Alex Marquez (LCR Honda Castrol) crash at the final corner. Further back on the road, it was a huge last lap for both World Champion Joan Mir (Team Suzuki Ecstar) and nine-time World Champion Valentino Rossi (Petronas Yamaha SRT). Both needed to find time to break into the top 10, both failed to find enough.

There are no such troubles for Ducati’s four GP21 riders though. A dominant Friday evening at the office for the Bologna brand, with Quartararo sneaking ahead of Martin by just 0.010s. FP1 pacesetter Aleix Espargaro didn’t bother heading out for a final time attack, and he didn’t need to either.

His earlier time was plenty good enough to see him and Aprilia sail into Saturday inside the top 10 in P6, with Morbidelli enjoying a better evening to end up P7 – no issues for the Italian in FP2. 0.014s behind the Yamaha rider is Rins, the top eight covered by half a second, with World Championship leader Maverick Viñales (Monster Energy Yamaha MotoGP) only just squeezing into the top 10 in P9. Stefan Bradl (Repsol Honda Team) continues to do a fine job as Marc Marquez’s replacement, the German is P10 after Friday and looks like heading straight into Q2.

With Saturday afternoon conditions more than likely not allowing the riders to go quicker than FP2, it looks like the automatic Q2 places are set. 1.092s covers the leading 18 riders, and some big names are going to be very disappointed come Saturday evening.