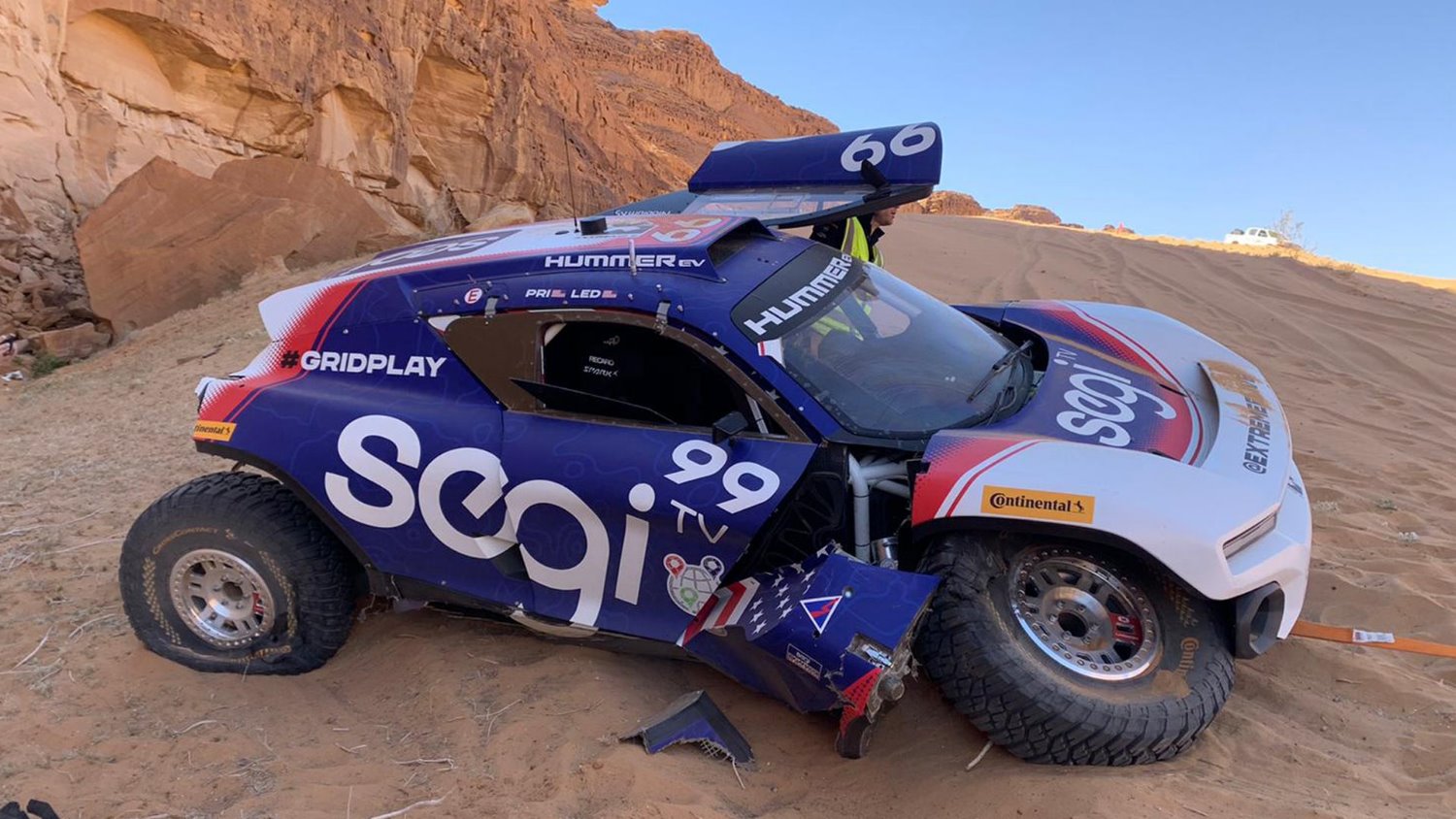 Added photo of what was left of the Ganassi team hummer (shown above) after Kyle LeDuc rolled it in practice Friday.

The crash resulted in neither LeDuc or Sara Price managing to complete a lap prior to qualifying and were then hit by a power steering failure on their run to cross the line 2m50s adrift.

Rosberg’s X Racing team  pairing of Molly Taylor and Johan Kristoffersson set the pace with a best combined time over two runs of 10:43.565.

Hamilton’s X44 team had the honor of going first in the session with nine-time World Rally champion Sebastien Loeb and Cristina Gutierrez setting the early benchmark. They remain in the hunt to top qualifying heading into the second session, with just four seconds covering the leading cars over the full 18.8 km course.

The nine teams – who each field a male and female driver in electric Odyssey 21 SUVs – are competing on an undulating course through sand and rock, which features a daunting 100-meter drop.

Qualifying is split across two time trials, with aggregate timing in play to determine Sunday’s semi-finals and final, and the first on Saturday morning proved hugely dramatic.

Stephane Sarrazin, who competed in the 1999 French GP and is a veteran in sportscars, rolled his Voloce Racing car in the third run of the session.

Claudia Hurtgen then had an even more spectacular accident during her run in the car, with her ABT car appearing to dig into the sand before dramatically flipping over several times.

Both drivers walked away unscathed.

Rosberg, the 2016 F1 world champion and Sky Sports pundit, is attending the event and said: “It’s only early days but it’s a good start for us like this. They’ve learned a lot, both drivers felt comfortable in the car.

Jenson Button is the third F1 world champion with a team in the series – but the only one also driving. A mechanical issue briefly stopped his team’s JBXE car during teammate Mikaela Ahlin-Kottulinsky’s lap after Button had gone first.