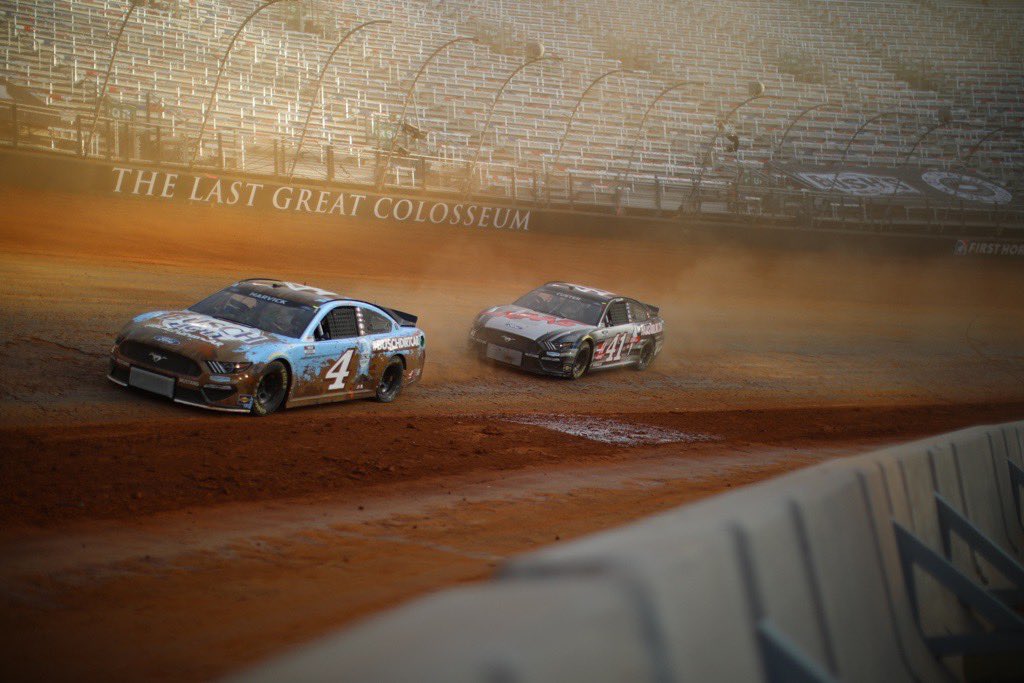 Discussions have taken place on whether Cup teams should be allowed to run the current car at next year’s dirt race at Bristol Motor Speedway instead of the Next Gen car, according to Trackhouse Racing owner Justin Marks.

The Next Gen car is scheduled to debut next season. It is intended to replace the current inventory of cars for Cup teams, but the Bristol dirt race could be an exception.

“I believe that for team ownership … is to probably have cars that are specifically for this dirt track. If that means we take this car back next year, I’m completely fine with that. I was talking to Travis (Mack), our crew chief about that. What I know about this Next Gen car and how I’ve seen it up close and gotten underneath it, I feel like it would be mud-bogging with an IndyCar if we took this Next Gen car to the dirt track next year.”  NBC Sports

Team Penske competition director Travis Geisler says using the current car next year for the dirt race at Bristol was “something to certainly consider” once conversations begin in earnest.

“If this (current) car was a challenge, it’s going to be a whole other set of challenges,” Geisler said.  Autoweek