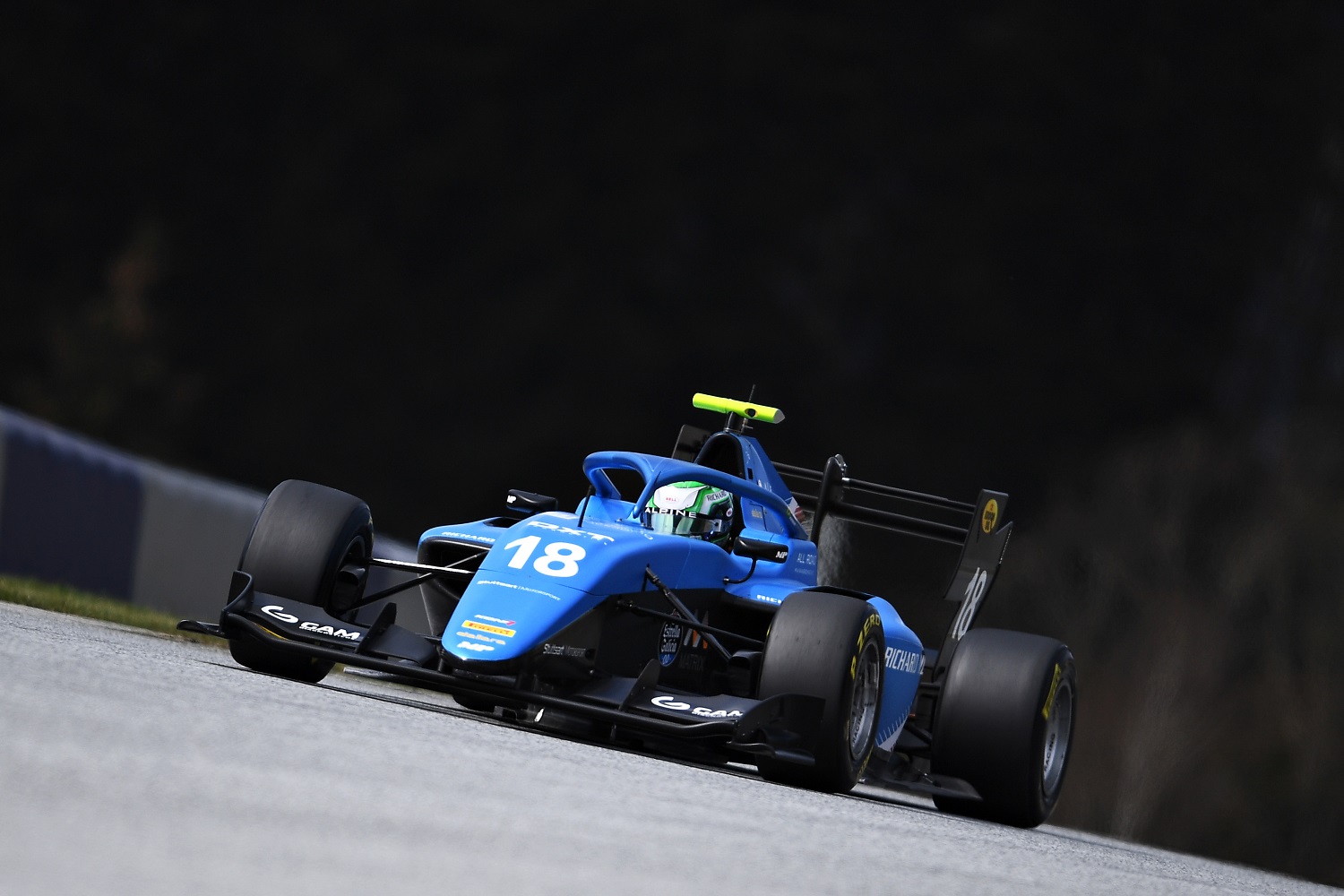 Jenzer Motorsport’s Calan Williams initially broke Alex Smolyar’s record lap – set on Day 1 –  during a Qualifying run in the morning session, but a fresh set of tires in the afternoon session saw the quickest time plummet even further, as Collet, Hauger, Crawford and Jonny Edgar all posted faster times.

A sprinkling of snow made for some great Instagram stories in Spielberg, but left the field stuck in the garages at the start of Day 2. Campos Racing and Jenzer both attempted install laps but returned to their garages without setting a time.

MP Motorsport were the first to brave the track when the snow stopped shortly after the hour mark and punched in solid lap times, led by Victor Martins’ benchmark of 1:20.785. Hitech were amongst those to follow them out and quickly sliced the best time down to 1:19.278, thanks to Crawford.

The remainder of the field all hit the circuit from there and the times continued to tumble. Martins briefly returned to the summit before Williams became just the second F3 driver to break the 1m 19s barrier around the Red Bull Ring, snatching P1 with a lap of 1:18.836 – 0.058s better than Smolyar’s record-breaking time on Day 1.

Matteo Nannini and Kaylen Frederik both joined him in doing so shortly after with HWA RACELAB and Carlin Buzz Racing, sneaking into second and third. Having both led at one stage, Martins and Crawford enjoyed another attempt and set sub 1m 19s times as well, completing the top five.

Tijmen Van der Helm’s MP Motorsport stopped on the gravel bed at Turn 6 in the final hour, before Jack Doohan’s Trident suffered a similar fate at Turn 7, just 15 minutes before the checkered flag.

Charouz Racing System duo Michael Belov and Logan Sargeant were the final two drivers to run below 1m 19s in sixth and seventh, ahead of ART Grand Prix’s Frederik Vesti. David Schumacher and Collet completed the top 10 with Trident and MP.

Returning to clear skies on the final afternoon of testing, Edgar jumped straight back into his Carlin Buzz machine and hit the track at the first opportunity, opening with a tour of 1:19.094, ahead of Crawford.

The 15-year-old American switched things up a notch on his next flying lap, becoming the second driver to break the F3 lap record around the Red Bull Ring on Day 2 with a tour of 1:18.775. Fellow Red Bull junior Hauger attempted to take the record from him just moments later with PREMA, but marginally missed out.

The Norwegian enjoyed a more successful effort on his next tour, but still had to settle for second thanks to a stomping lap from MP Motorsport’s Collet, who beat Hauger by nearly two tenths to take P1, dropping Crawford and Edgar to third and fourth.

There were two brief stoppages during the afternoon as Williams spun at Turn 10, before Ayumu Iwasa stopped down the main straight.

Clément Novalak took seventh with Trident, while Belov punched in another top 10 time with Charouz.

F3 will return for another two-day pre-season test in Barcelona on 21-22 April, ahead of the season opener there the following month.