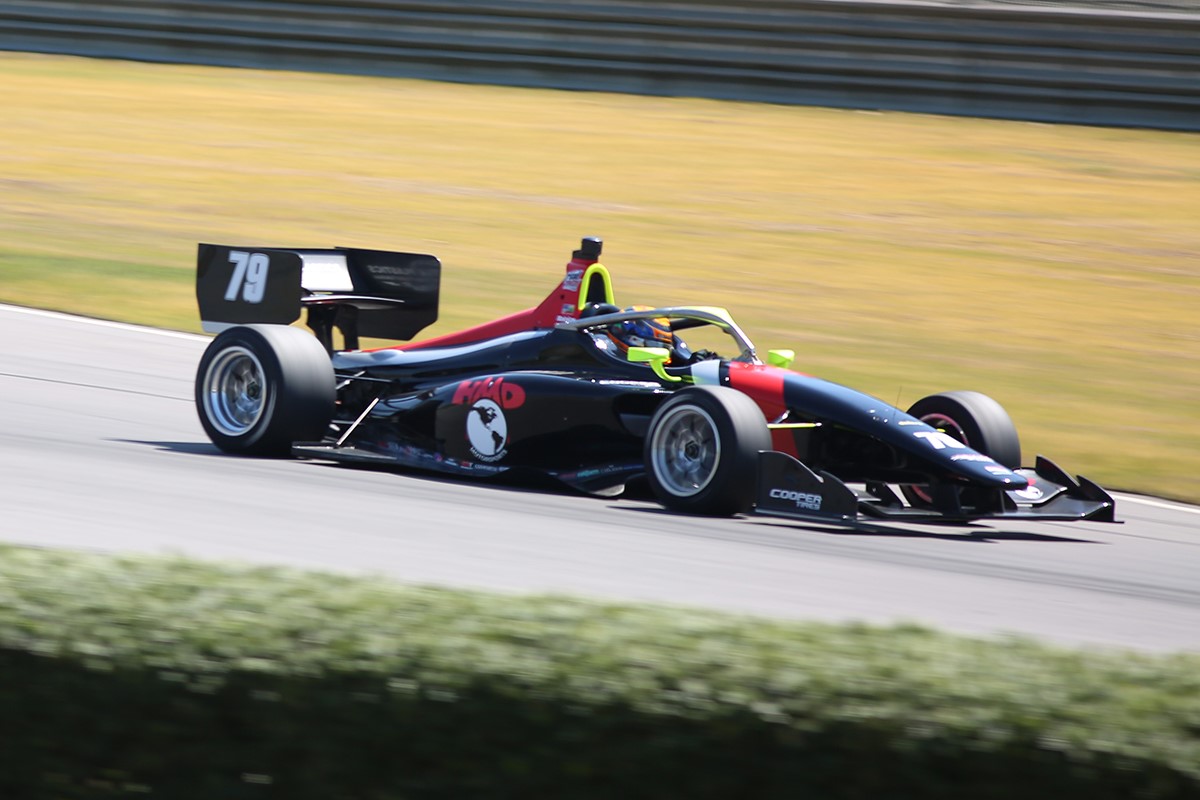 The newly combined efforts of veteran Road to Indy team HMD Motorsports and Global Racing Group, which is switching its attention from the Formula Regional Americas Championship powered by Honda, already has laid down a marker as David Malukas (shown above), from Chicago, Ill., narrowly bested runaway 2020 Formula Regional champion Linus Lundqvist, from Stockholm, Sweden.

Indy Lights, the top rung of the globally acclaimed Road to Indy ladder, took a one-year hiatus in 2020 due to the effects of the COVID-19 global pandemic, but is now back with eight different nationalities represented among the 13-car field. The equipment package remains very similar to what was last seen in 219, when Oliver Askew narrowly pipped Rinus VeeKay to the coveted championship, albeit with one significant safety enhancement – the addition of a cockpit frontal protection device, which has been universally well received by the teams and drivers.

Malukas, who placed sixth in the 219 Indy Lights title-chase, was out of the blocks quickly this morning, almost immediately circulating the 2.3-mile road course faster than the existing race lap record of 1m13.8312 set by Sean Rayhall way back in 215. But by the end of the two-hour morning session, it was teammate Lundqvist at the top of the charts with a best of 1m12.3855 – fractionally quicker than Spencer Pigot’s qualifying lap record of 1m12.3865, also set in 215.

The only drama this morning came when Andretti Autosport rookie Kyle Kirkwood, from Jupiter, Fla., brought the session to a slightly premature conclusion after collecting the guardrail at the exit of Turn Three. Fortunately, damage was relatively light and Kirkwood was able to return to action later in the afternoon.

Global Racing Group with HMD Motorsports continued to set the pace after the lunch break with Malukas turning the best lap of the day midway through the afternoon at 1m12.3418, an average speed of 114.457 mph.

“It’s going to be an easy social media post – right where we left off last year,” exclaimed Malukas, who finished second to Lundqvist in the 2020 Formula Regional campaign. “We’ve tested here so we’ve already worked on setups and learned a great deal going into today. We were ready, and right off the bat we got into our checklist, working through even the smallest things. We were quick right away and everything seems good. This is the best team I’ve ever been on and no matter where I end up, I’m so happy to be on this team.”

Lundqvist, who also won the 218 BRDC British Formula 3 Championship, was second fastest in the afternoon at 1m12.4492, while teammate Benjamin Pedersen completed a sweep of the top three positions with his morning time of 1m12.5748.

“It’s been a great test for me, but even more so for the whole team,” said Lundqvist. “We’ve put in a lot of hard work this winter and this is only testing so you can’t tell too much, but I feel as though we’re heading in the right direction. We’ve had an idea of where we wanted to go with the car, setups we wanted to try, and that’s what we did today, back-checking that everything works. We did race runs and quali runs and we’re in a good position. The team has done a good job getting the cars ready and we’re hungry to get the first win at Barber.”

Robert Megennis, from New York, N.Y., emerged as “best of the rest” for Andretti Autosport with the fourth fastest time of the day, 1m12.6437, set late in the afternoon, just over a tenth faster than teammate Kirkwood.

“We knew we’d have good cars here, based on the team’s history at Barber, so we had plenty of good data and a good baseline,” said Megennis, an Indy Lights race winner at Indianapolis in 219. “We had a good race run that was really encouraging – I was very quick and very consistent, and I think that’s down to all the endurance racing I’ve done. All four of us found some good things today so we’ll combine that data and show up ready to take a win.”

Australian rookie Alex Peroni, who has competed in a variety of European open-wheel series in recent years, posted a promising sixth best time for the Carlin team which is making a welcome return to Indy Lights for the first time since 217.

The top 10 was completed by Indy Lights veteran Danial Frost (Andretti Autosport), from Singapore, and a pair of rookies, Sting Ray Robb (Juncos Racing), from Payette, Idaho, and Canadian Devlin DeFrancesco (Andretti Steinbrenner Autosport), who are stepping up after finishing first and second in the 2020 Indy Pro 2000 Championship Presented by Cooper Tires.

With testing in the books, it’s now time to go racing. More than $3.1 million in scholarships and awards will be up for grabs during the Road to Indy season, which will kick off next week, April 16-18, also at Barber Motorsports Park. Double-header events for Indy Lights as well as the other two development series, the Indy Pro 2000 Championship Presented by Cooper Tires and the Cooper Tires USF2000 Championship, all will run in support of the opening round of the 2021 NTT INDY CAR SERIES.