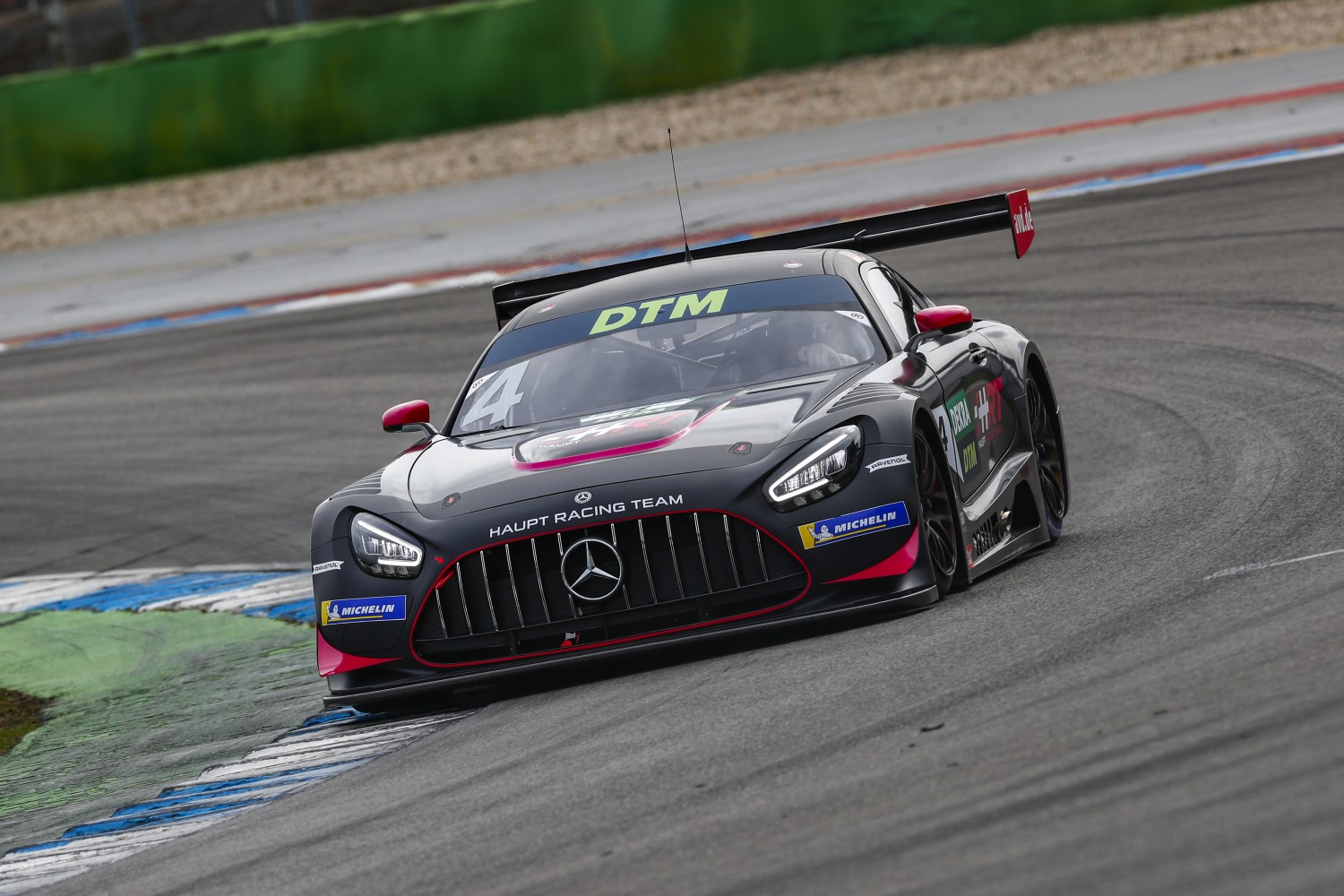 At Hockenheim, the DTM delivered a promising appetizer for the 2021 season. With Mercedes, Audi and Ferrari, three brands were represented among the first four places. Fastest driver on the opening day of testing was German Maximilian Götz (shown above) with his Mercedes-AMG GT3 (Haupt Racing Team, 1m36.590s) from his French teammate Vincent Abril (1m36.759s). Behind Kelvin van der Linde (RSA, ABT Sportsline, 1m36.000s) with Audi, Liam Lawson (NZA, Red Bull AF Corse, 1m36.897s), only 19 years old, ended up fourth with Ferrari.

Two-time DTM champion Marco Wittmann (GER, Walkenhorst Motorsport, 1m37.260s) emerged as the fastest BMW driver in seventh place. However, constant snow in the afternoon stopped the action on the first of the two test days earlier than planned. Moreover, temperatures just above zero impeded the test.

In total, 17 drivers including 20-year-old Sophia Flörsch (Audi, ABT Sportsline) from Munich were out on track with 15 GT3 race cars in preparation for the 35th season of the long-standing race series. Eight race weekends with two races of 55 minutes plus one lap each have been scheduled. Monza serves as the venue for the opening round from 18-20 June. All races are broadcast live by SAT.1 and in over 30 countries.

“Being back in DTM is a nice feeling,” said Maximilian Götz, who had posted his fastest time in the morning. In the afternoon, DTM runner-up Nico Müller (SUI, Team Rosberg, 1m36.945s) ended up fastest with his Audi, followed by Lawson.

“Many things are new,” Müller pointed out. “I have prepared for the season like always, but I have spent more time with the team and with my new engineer in particular.” Coming to the DTM test on the back of his Formula 2 race win at Bahrain, Lawson was also happy: “Considering that this was our first day, things were really going well.”

After an absence of two years, Gary Paffett (GBR) was particularly delighted about his comeback: “I am really happy to be back. DTM has always been my home,” the Mercedes driver (Mücke Motorsport) admitted.

A busy schedule for ABT Sportsline: last weekend, the team from Kempten took part in the Extreme E season opener in Saudi Arabia and after the two-day DTM test, rounds three and four of the FIA Formula E World Championship are on for the Audi works team in Rome.

DTM runner-up Nico Müller and returnee Gary Paffett both will have to make do with one day of testing. The two of them will be heading to Italy for Formula E on Thursday already, where Müller will be racing for the Dragon/Penske Autosport team. Paffett, meanwhile, is on duty as reserve and development driver as well as sporting and technical advisor for the Mercedes EQ Team.

Next to regular driver Arjun Maini, GetSpeed Performance has also entered Fabian Schiller for the DTM test. GetSpeed’s driver coach is supporting DTM newcomer Maini and also took turns behind the wheel himself on Wednesday