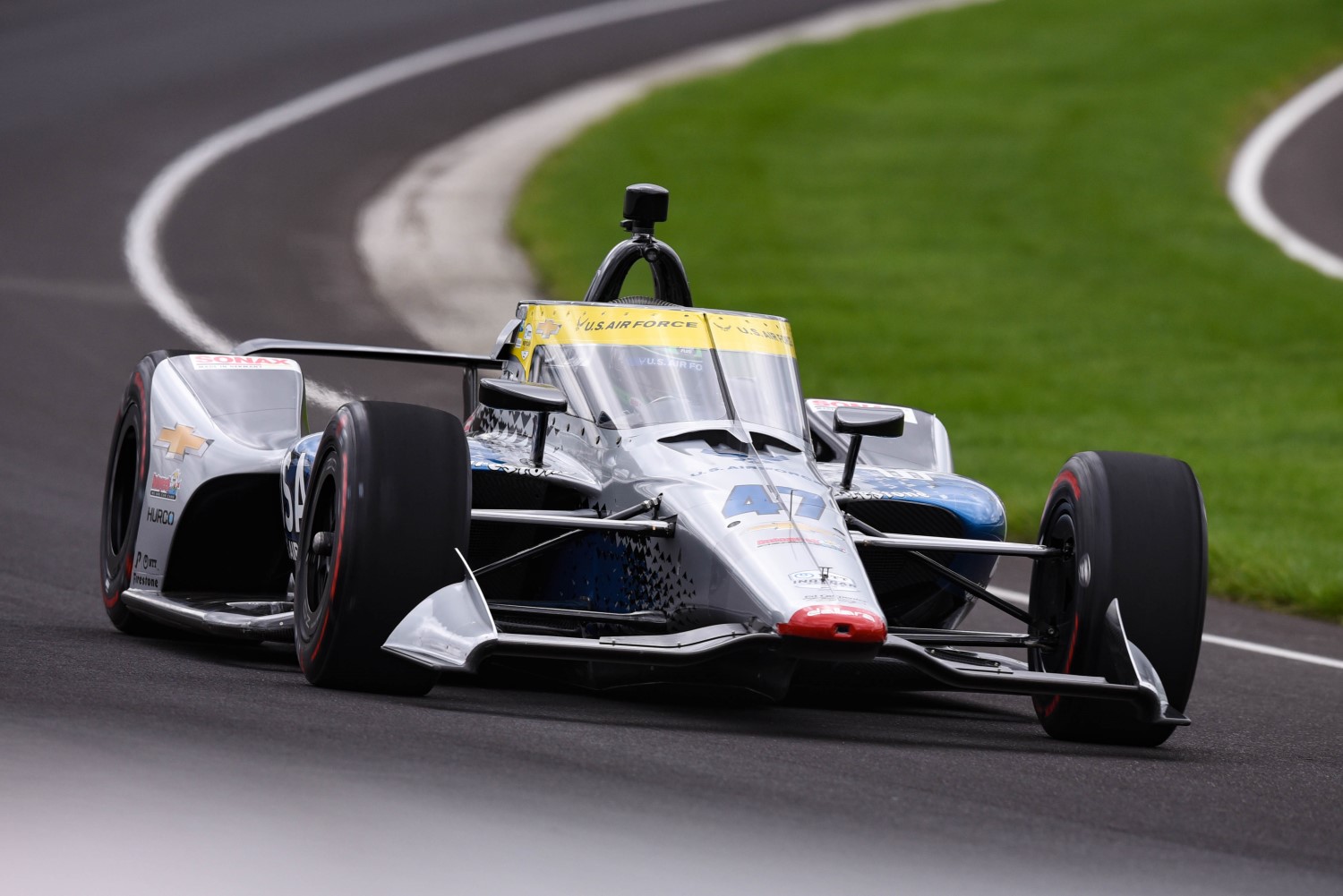 Ed Carpenter Racing’s #47 Chevy of Conor Daly was again the fastest ‘veterans’ Friday morning during Day 2 of IndyCar testing at IMS.  Daly’s lap of 224.790mph was marginally faster than Scott Dixon in the #9 Ganassi Honda at 224.740mph.

It is the no-tow speeds that really tell us the true speed of the car on its own, but we do not know how much fuel each driver was carrying.