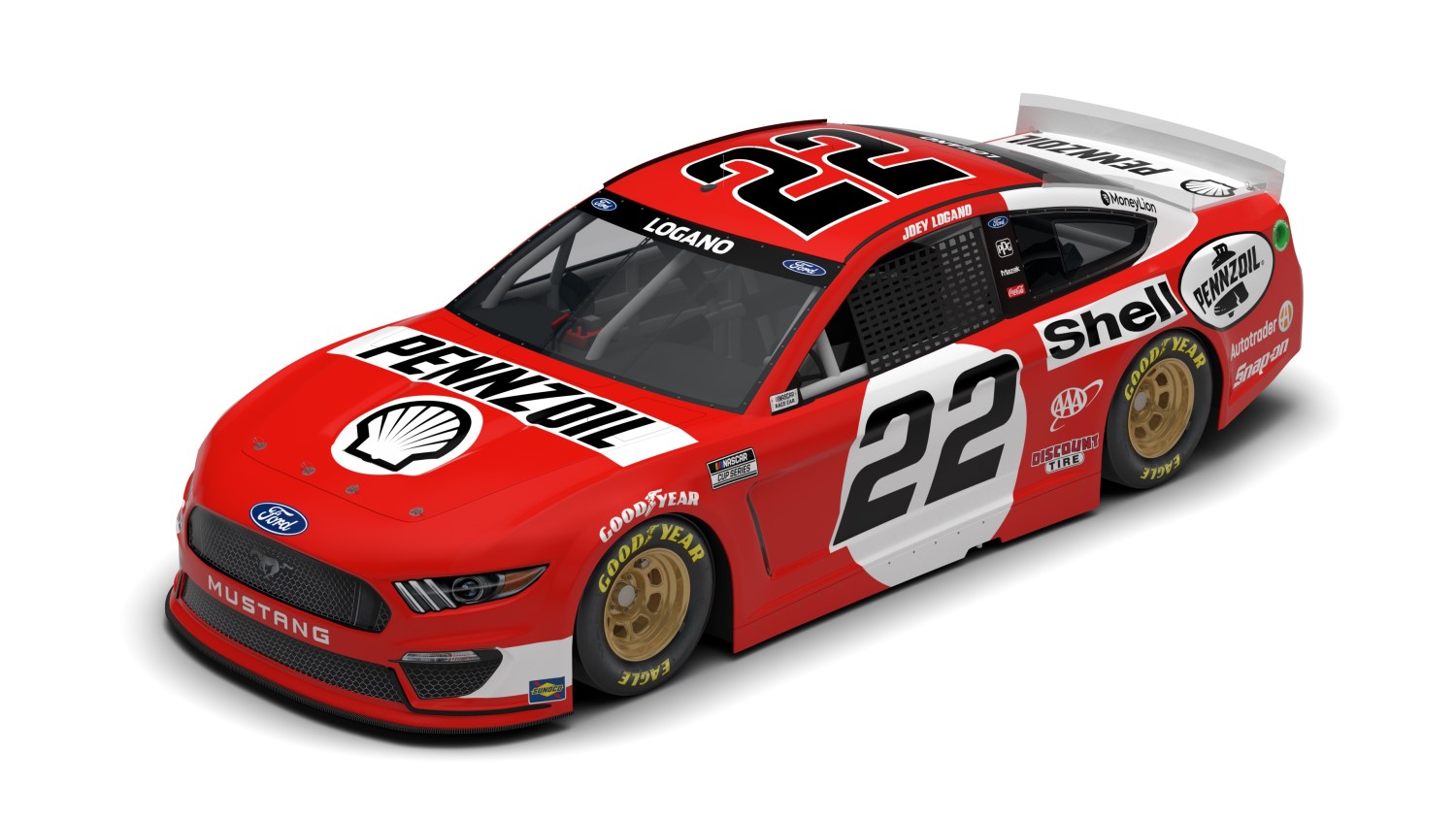 Added video below of Joey Logano and Mario Andretti talking about the throwback paint scheme.

On Thursday night, Joey Logano was making his usual co-hosting appearance on FOX Sports 1 “Race Hub” when a special guest popped in to give him a surprise reveal of the “Throwback” scheme he will be carrying on his No. 22 Shell-Pennzoil Team Penske Ford Mustang in the May 9th NASCAR Cup Series race at Darlington Raceway.

Legendary driver Mario Andretti dropped in to reveal the scheme to a surprised Logano, who had not seen the car or known about the tie to Andretti beforehand.

The special scheme for this year’s “Throwback Weekend” at Darlington mimics the Shell-sponsored Ferrari design that Mario drove to his first Formula One win in 1971 at the Kyalami track in South Africa – 50 years ago.  Andretti would go on to win 12 total F1 races including the 1978 World Championship.

Andretti, a current Shell multi-retail store owner in California, first crossed paths with Roger Penske at an IndyCar rookie test in the late 1960s.   Penske was giving up the driver’s seat to run his team and car business while Andretti’s career was just beginning to take shape.

A few years ago, Mario sent a special message and congratulations to Joey Logano following his 2015 Daytona 500 win and told him “it was about time another Italian won that race!”   Mario won the 1967 Daytona 500.