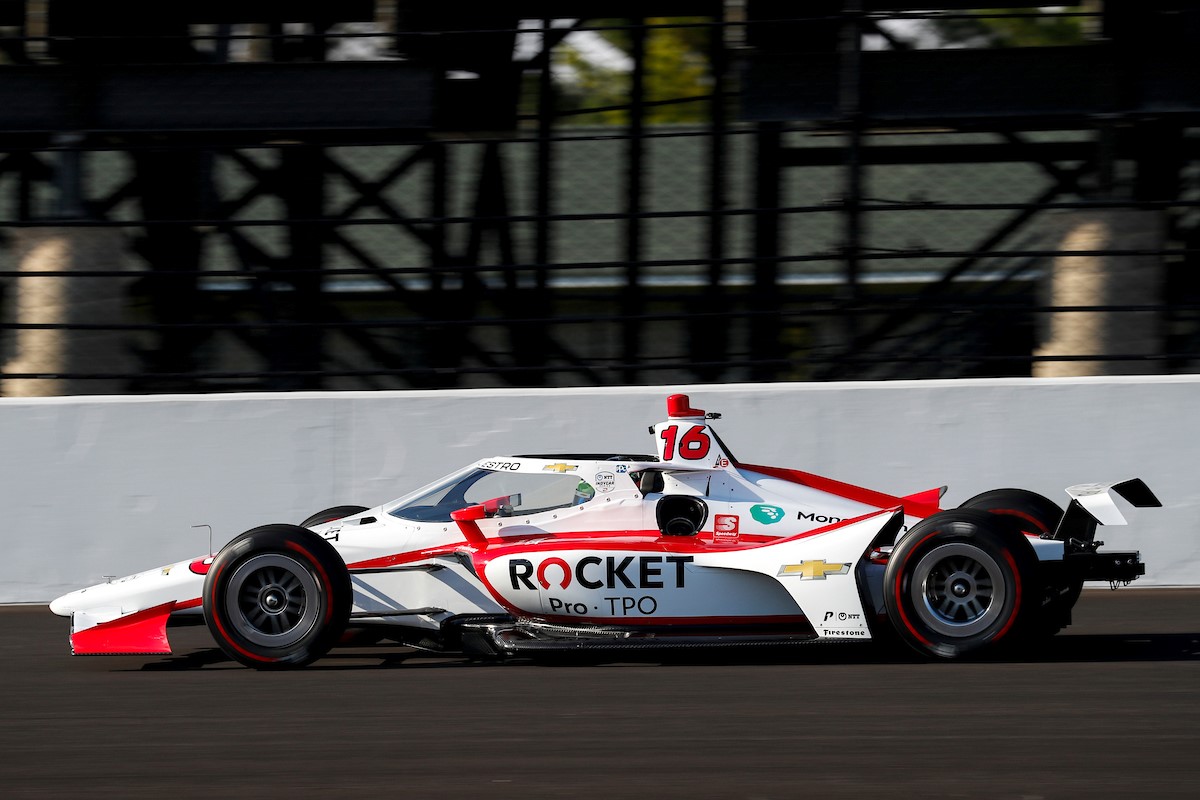 The Open Test at Indianapolis Motor Speedway for the 105th Running of the Indianapolis 500 presented by Gainbridge commenced yesterday in preparation for the May race.

The first practice day was typical of April with scattered showers interrupting the on-track activity of the 32 NTT INDYCAR SERIES entries on hand, generating a day of a lot of waiting around.

It was momentous for Paretta because it was the culmination of a six-year journey to see her Indy car take a lap anywhere, let alone at the famed 2.5-mile oval of the Indianapolis Motor Speedway.

And it was momentous for De Silvestro because it marked her return to INDYCAR competition after six years. It’s been 11 years since the popular Swiss driver won the Rookie of the Year award at the Indianapolis 500. Although her team is new and unique, it also might produce the best chance she’s ever had in the Indianapolis 500, set for Sunday, May 30. De Silvestro shone as she turned the seventh fastest lap of the day a 218.927 among all drivers.

So although the first day the No. 16 Paretta Autosport Rocket Pro TPO Chevy-powered entry only made 51 laps, for Paretta, De Silvestro and the rest of the largely-female crew, it was a day of great pride and promise.

It was also a day of great promise for women in general, as the entry is the first in the series’ “Race for Equality and Change” program to broaden diversity and equality in the sport. Paretta Autosport is the first female-forward team to tackle the Indianapolis 500 in its 105-year history.

Teams are back on track today turning more laps and in this morning’s refresher driver session, Simona was fifth fastest of nine drivers with a speed of 218.613 as she gets more and more comfortable back at The Brickyard.

“Great first day out at IMS. Everything went really well. We were able to, after the rain delay, get some meaningful laps on the track. It’s a test as much for Simona as it is the whole team. This is a new group of people working together and every bit of practice helps because we’ve got a lot of busy days ahead of us and important days ahead of us and today was a great day.”

“It was really good to get in the car today and just get the feel for it. It definitely feels pretty fast coming back to the Speedway. I’m really happy with the car. It feels really comfortable. We just did our steps we needed to do and it was good getting to work with the team, understanding what everything is going on and also getting the feel back for it. So, I think it was a good day and tomorrow.