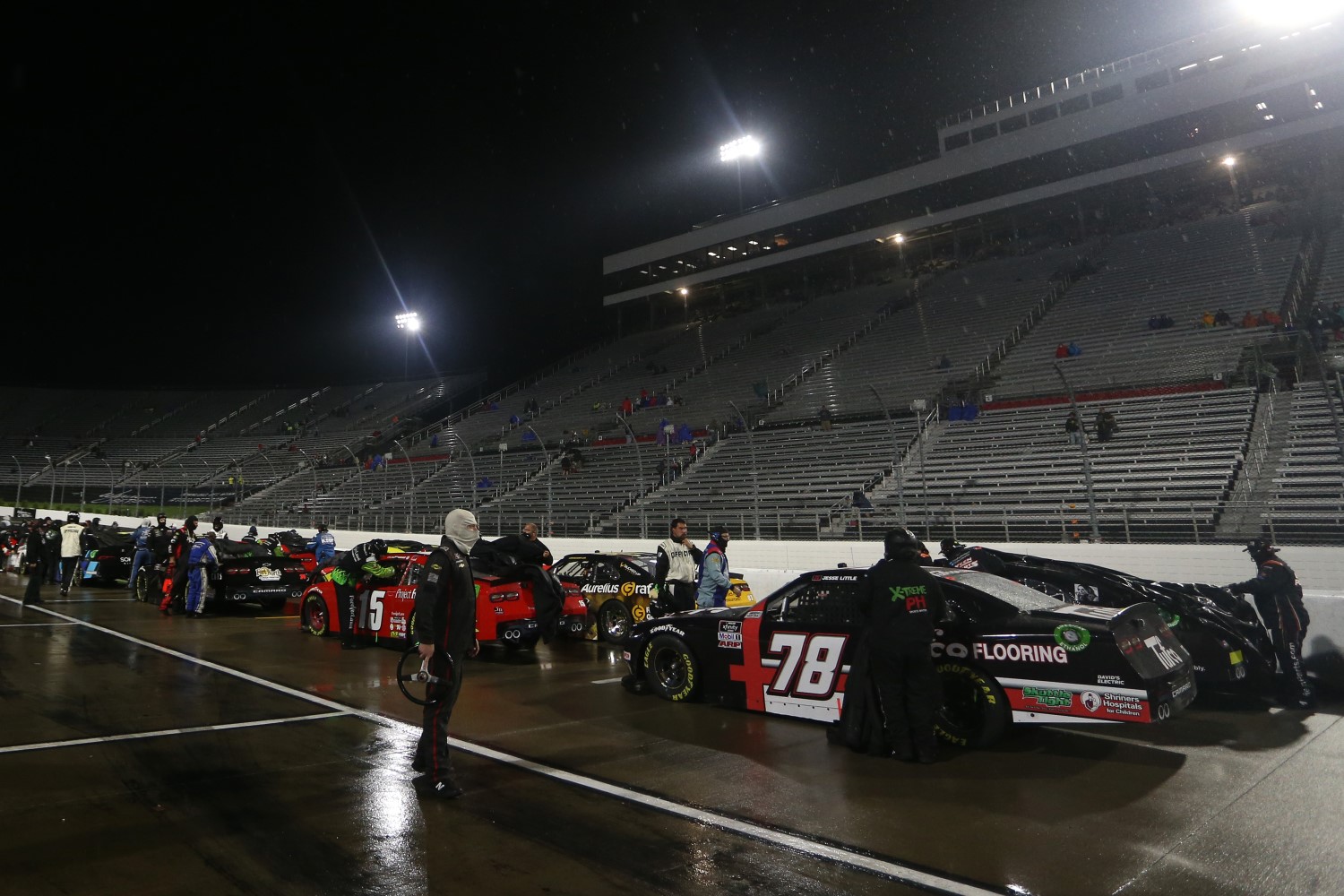 With persistent storms continuing to drench the .526-mile short track, NASCAR was forced to postpone the completion of the 250-lap event until Sunday at noon ET. FS1, MRN and SiriusXM NASCAR Radio will carry the broadcasts of the race.

Defending race winner Harrison Burton led the first 52 laps but chose to pit before the finish of 60-lap Stage 1. Noah Gragson claimed the stage win and the Playoff point that goes with it.

By the time NASCAR red-flagged the race after Lap 91, Burton had worked his way back to seventh. Jones held the lead, followed by Berry, Daniel Hemric, Brett Moffitt, Jeb Burton and Ryan Sieg.

The race is scheduled to resume on Sunday with 29 laps left in the second stage.