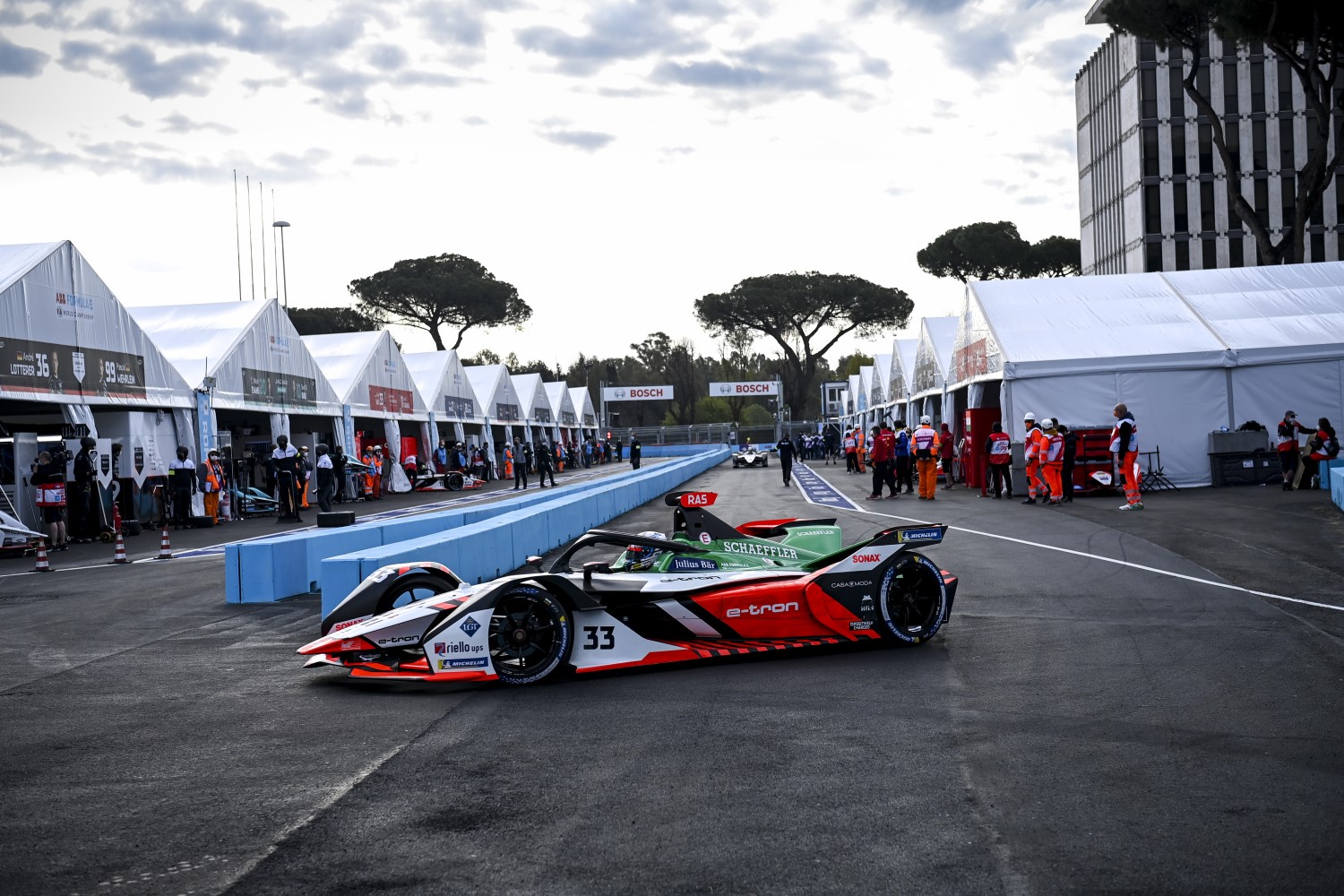 Jake Dennis and DS Techeetah racer Jean-Eric Vergne were sat at the rear of a queue of stationary cars waiting to do practice start when they were wiped out by Oliver Turvey.

Turvey rounded the “blind” Turn 6 of the revised Rome track at relatively high speed and glanced off Vergne then Dennis – who were waiting to make a practice start, as is customary following the end of the first 45-minute practice session.

The three were uninjured but all missed the second 30-minute practice, as a likely powertrain change for Vergne and a new monocoque for Turvey should rule them out of qualifying also.

Dennis: “In his defense, there was a poor effort in terms of no red flag, no yellow flag. Nothing.

“Turvey was obviously pushing, which is a bit stupid after a checkered flag.

“The speed he arrived at, he wasn’t making the first row . He was going to hit someone, it just happened to be me and [Vergne] who were the next ones to line up.

“It’s not an optimum situation for a practice start, but we all knew we were doing practice starts. He obviously just forgot; the team didn’t tell him.

“It’s a completely blind this corner. Even during the session, I was thinking ‘if someone crashes here, for sure you hit them’. He couldn’t do anything by the time he saw us.”

Maximilian Guenther (BMW i Andretti Motorsport) set the fastest time in Free Practice 2, though due to the session being cut short for curb repairs, the times could hardly be considered representative.

Guenther’s 1m39.517s was some eight tenths of-a-second shy of Lucas di Grassi’s FP1 best as the drivers only had a chance to get their initial runs and installation in, with just nine minutes of run-time before the red flag was thrown.

The Circuito Cittadino dell’EUR has seen a number of changes for 2021, which has extended the course to 19 turns and 3.385km – the second longest in Formula E history behind the Beijing E-Prix track. These tweaks looks to have added eight seconds or so to the overall lap time, with a 1m31s the ballpark for the previous Rome E-Prix layout.

It’s a perfect mix of high-speed runs and tight, complex sections and undulations with plenty of opportunities for overtaking at the hairpin and some 90-degree bends – peak Formula E and a big favorite of the drivers.

“Street racing is Formula E’s DNA and we should really be pushing to continue building these striking street circuits in city centers,” said de Vries, who’ll make his city center street track debut in Formula E this weekend in Rome.

“I’m very much looking forward to getting experience of the track. There’s four to six different types of Tarmac surface at times through the corners so it’s going to bring a lot of different challenges!”

Qualifying ahead of the Rome E-Prix Round 3 is next up.