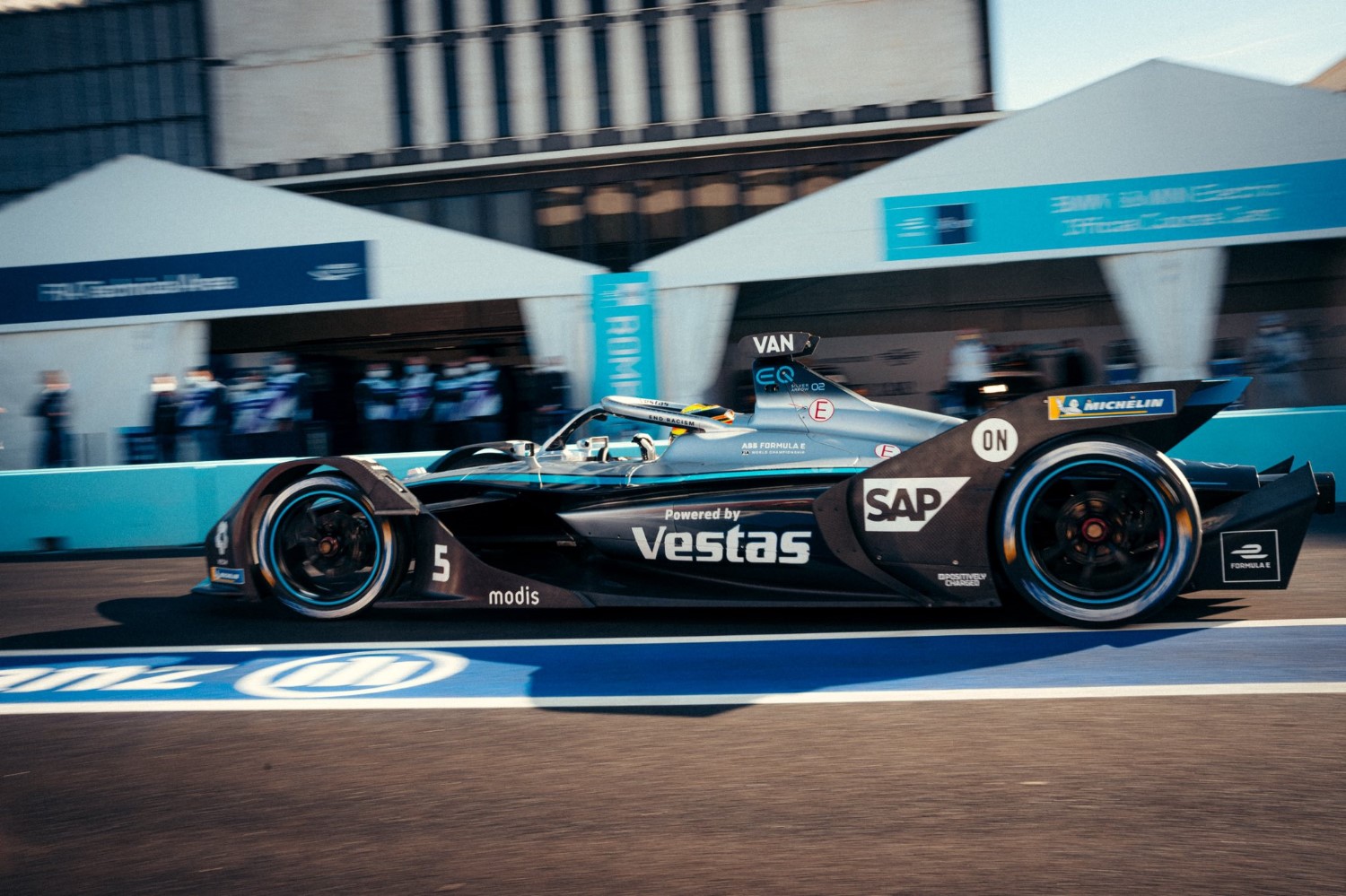 Stoffel Vandoorne produced the goods and delivered a second Julius Baer Pole Position in two race weekend for Mercedes-EQ in a drizzle-hit Super Pole ahead of the Rome E-Prix Round 3, though Oliver Rowland will rue an opportunity missed as the Nissan e.dams man looked to have it in the bag until the final corner.

Vandoorne took provisional pole with typically surgical precision around the newly-amended Circuito Cittadino dell’EUR, brushing the wall at the chicane through Sector 2, before sealing the deal with a flying final sector to post a 1m38.484s – some 0.4 seconds quicker than those that ran before him.

Andre Lotterer (TAG Heuer Porsche) was next to have a go, and the experienced German – who had sealed pole last time out in Rome – looked quick and tidy, using all of the track and a bit more. Fine margins, but silky smooth as he danced through the technical final section to go second.

Yorkshireman Rowland had been rapid in Diriyah and despite being saddled with Group 1 in qualifying ahead of Rounds 1 and 2, he extracted the maximum and made up ground in the races to score good points.

Rowland looked quick here, too – quickest, in fact in Group Qualifying. In Super Pole, he went fastest through Sector 1, fastest through Sector 2 and looked like he’d seal the fourth pole of his Formula E career. All he had to do was thread through the final sector but he “got to greedy” with the curb and on the power, sliding into the wall on the exit of the last turn which saw him fall to third.

On the final corner and on the cusp of taking pole, @oliverrowland1 clipped the barrier and damaged his @Nissanedams…

A precise effort from Lucas di Grassi (Audi Sport ABT Schaeffler) was good enough for fourth, while the man with the second-highest number of poles in Formula E – DS TECHEETAH’s Jean Eric Vergne – wound up fifth.

Maximilian Guenther’s BMW i Andretti Motorsport machine looked a handful and a couple of missed apexes and some oversteer saw him sixth.