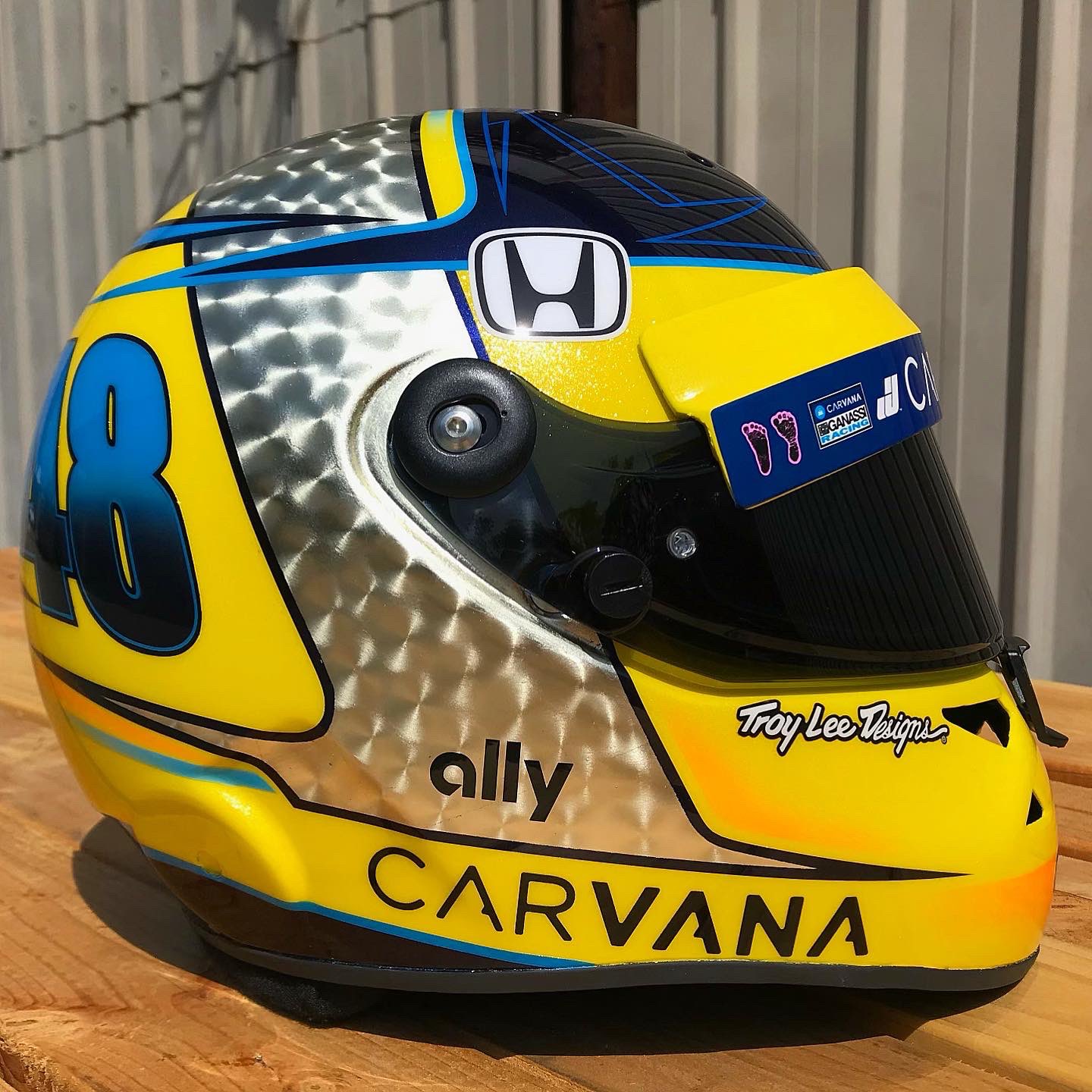 The 2021 IndyCar season is just around the corner, and so is the debut of Jimmie Johnson. After retiring from the NASCAR at the end of 2020, Johnson decided to try IndyCar.  He recently unveiled his helmet for the new season.

The seven-time NASCAR Cup Series champion chose yellow as the helmet’s primary color. In addition to that, he has also added a shiny silver strip running across the top of his helmet. Finally, there are dark blue decals emblazoned on the lid, along with his iconic number #48 as well.

It’s beautiful. Too bad that with the tinted aeroscreen on the cars today the fans will not be able to see it.

A freshie for the season opener. pic.twitter.com/jW7ftw6DFc