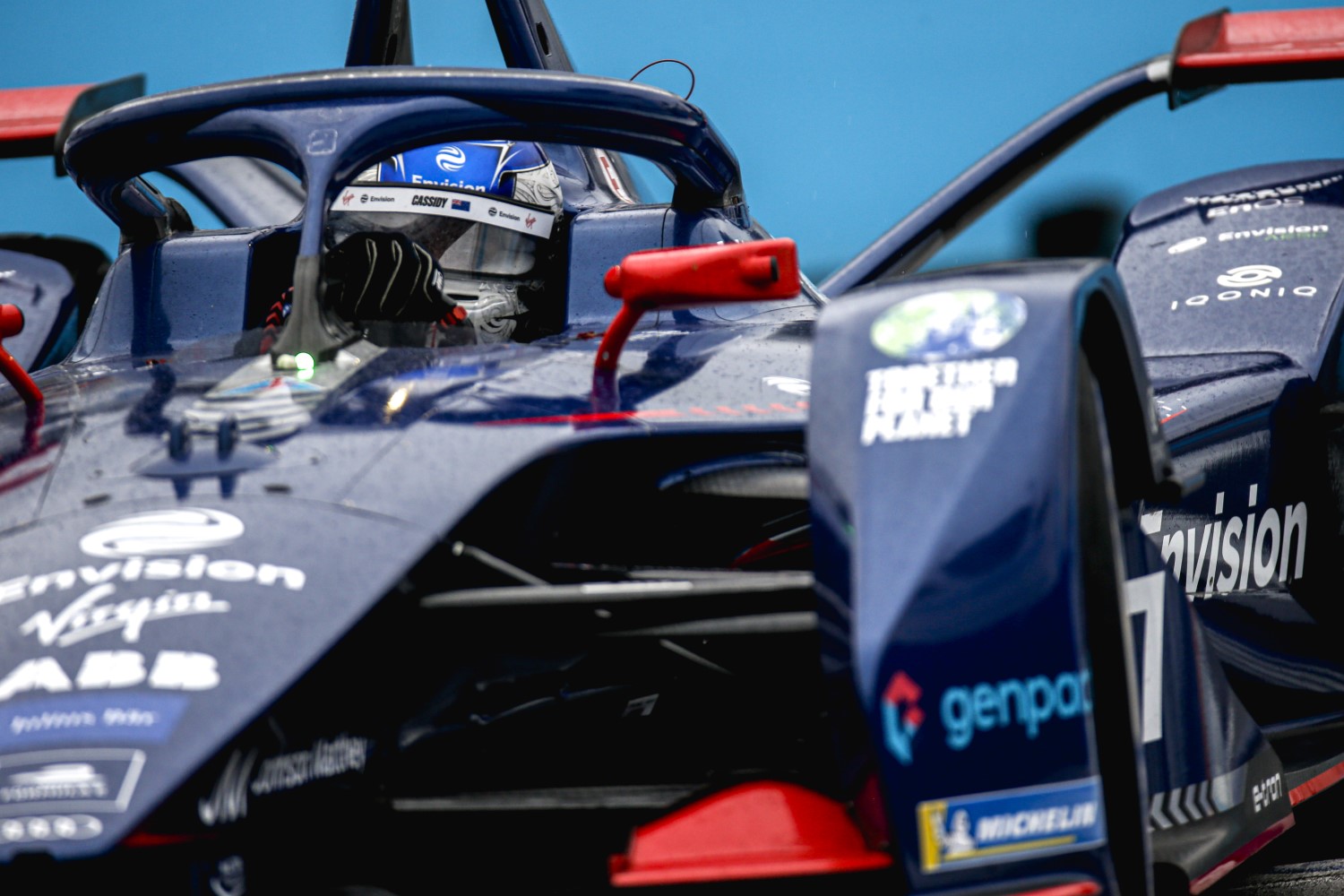 Cassidy had earlier topped FP3, and was second-last to run in Super Pole having made his way into the shootout from Group 4. The Kiwi carried plenty of speed and measured things nicely to outdo provisional polesitter Wehrlein by 0.6 seconds. Nato was the last man to set a time and slotted in-between the Virgin and the Porsche.

Stoffel Vandoorne (Mercedes-EQ) was promoted to Super Pole after Porsche’s Andre Lotterer saw his Group Qualifying time – good enough for second – removed due to power overuse. The Belgian jumped back into his overalls to go hunt for a dry line, and with the rain now stopped he did briefly set the day’s provisional fastest time before Wehrlein fired 1.7 seconds clear.

Alexander Sims (Mahindra Racing) and Maximilian Guenther (BMW i Andretti Motorsport) were unable to improve on the prior duo’s efforts but rookie Cassidy would and final runner Nato did likewise to slot into second, despite clouting a barrier.

“I’ve been quite happy the last few races and felt pretty comfortable and have settled in but just had nothing to show for it,” said Cassidy. “I’m pleased today all came together, it’s like the monkey off my back. I’ve no idea what to expect in the race with the conditions. It’s a different mindset starting out front with strategy and energy management but we should be okay!”

The rain eased and the track dried as time passed in qualifying, with Group 1 seeing the worst of it, leaving the likes of Round 3 race winner well down the order and almost nine seconds off the Group Qualifying pace.