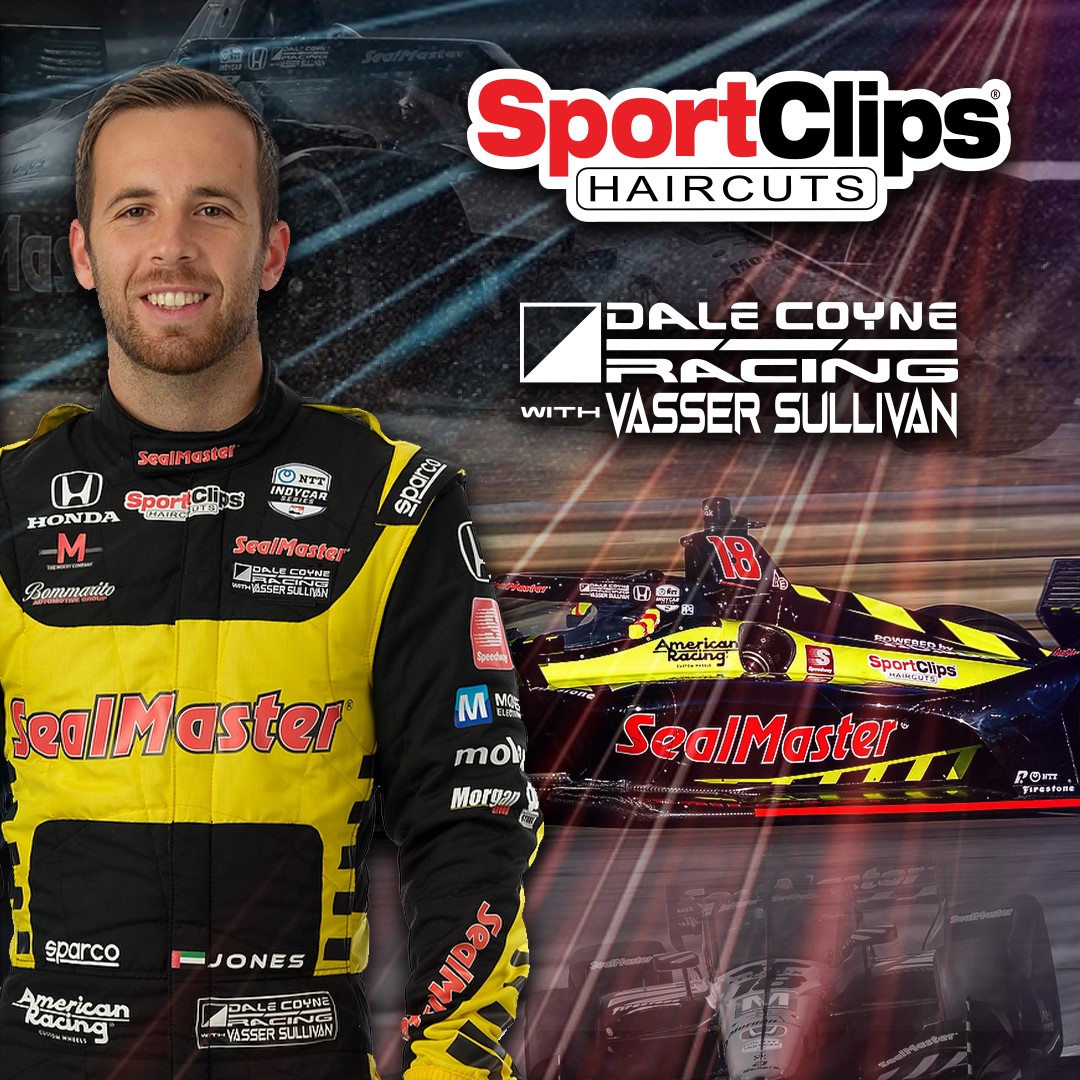 Dale Coyne Racing with Vasser Sullivan announced that Sport Clips Haircuts will return as a partner with the team for the 2021 NTT IndyCar Series season.

Sport Clips, the nation’s leading men’s and boys’ hair care provider, ranks in the top 20 of the highly- regarded Entrepreneur Franchise 500® and is listed in Franchise Direct’s 2020 “Top 100 Global Franchises”.

Ed Jones will pilot the No. 18 Dale Coyne Vasser Sullivan entry. Jones was the 2017 IndyCar Rookie of the Year and was the top-rookie finisher in the 2017 Indianapolis 500, placing third. He is also the 2016 Indy Lights Champion. Jones has made 47 IndyCar starts, earning 14 top-10 finishes, including three podium performances. Jones, 25, was born in Dubai, United Arab Emirates (of British citizenship) and currently resides in Miami, Florida.

James “Sulli” Sullivan, co-owner Vasser Sullivan Racing:
“Two things are certain about IndyCar fans; they need to get their hair cut and they want as much IndyCar action as they can get. What a special partnership this is, as Sport Clips brings them both! We are collectively invested in one another’s success and looking forward to another season of bringing the No. 18 Sport Clips Indy car to the fans!”

Gordon Logan, founder and chairman of Sport Clips:
“Sport Clips is proud to renew our sponsorship with the Dale Coyne Vasser Sullivan team. Our Indy tradition goes back to 2006, and we’re excited about Ed representing us this year. We’re looking forward to getting back on the track and back in the action this year with Ed and the No. 18 car!”

Ed Jones, driver No. 18 Dale Coyne Vasser Sullivan Honda:
“I cannot be happier to now be a part of the Sport Clips family and have the opportunity to represent their franchisees across the country. It’s an honor to be driving for Sport Clips and exposing our IndyCar fans to Sport Clips stores and what they’re all about. I’ll be headed to Sport Clips for a cut just before the season opener at Barber!”