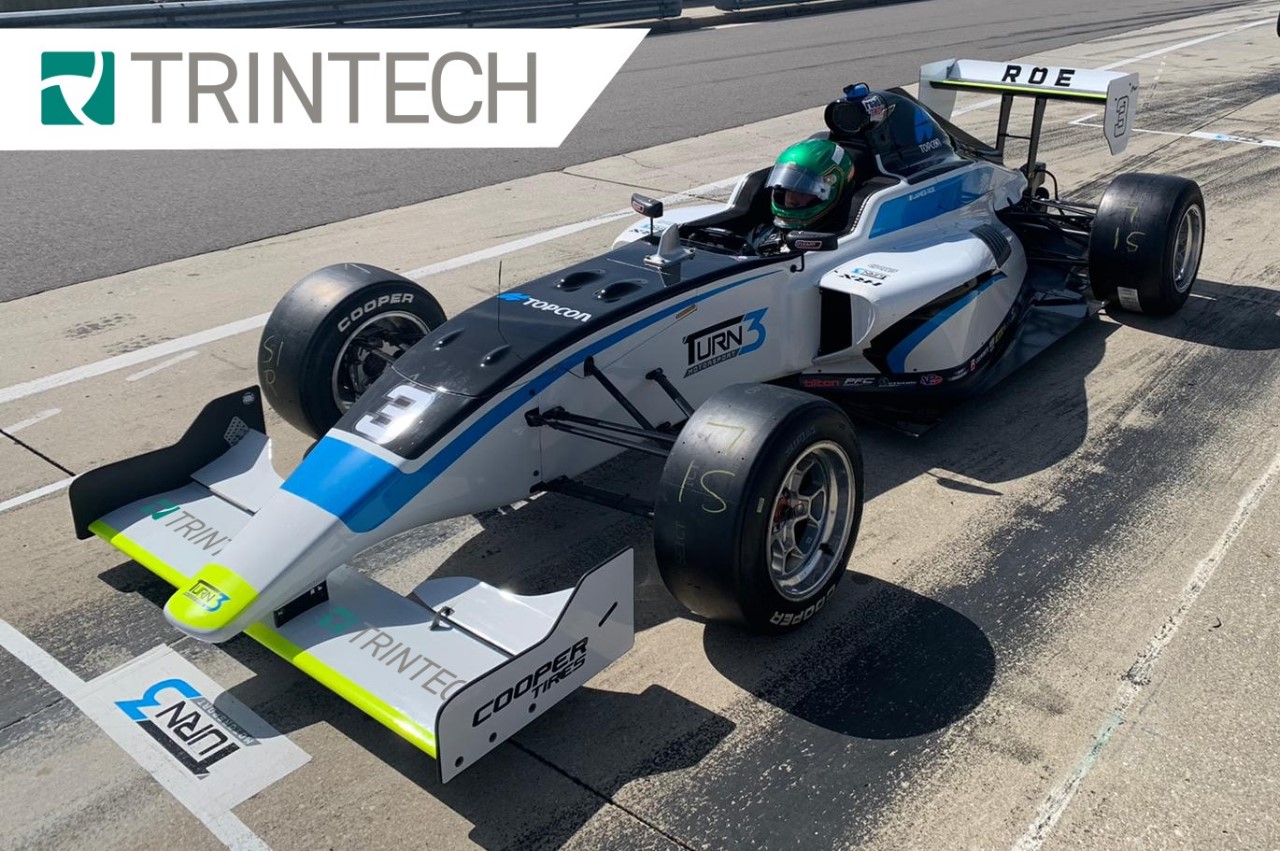 Irish race car driver James Roe and global financial software pioneers, Trintech, are pleased to announce their partnership for the 2021 racing season. Roe, who will be representing Turn 3 Motorsport in the Indy Pro 2000 Championship Presented by Cooper Tires this year, will carry the Trintech logo on his #3 Tatuus PM-18 as a tribute to speed and accuracy – two vital elements in the success of both the financial close and auto racing.

“I am really excited to welcome Trintech on board for this coming season,” said Roe. “To have a partner such as Trintech that shares the same belief and understanding that we do in motorsport of the importance of accuracy and speed is very valuable. Like in the financial close, both factors play such a role in the outcome of a racing season, so much so that we rely heavily on technology to advance our performance in both areas. With the similarities in our worlds, this partnership is a natural fit. I’m looking forward to working together with Darren (Heffernan) and all of the Trintech team.”

Trintech, a leading provider of Financial Corporate Performance Management (FCPM) software, has an outstanding portfolio of cloud-based software solutions that are used by over 3,500 customers worldwide – including the majority of the Fortune 100 – to manage all aspects of the financial close process.

“We are extremely honored to be sponsoring James Roe of Turn 3 Motorsport for the 2021 Indy Pro 2000 Championship season,” said Darren Heffernan, President, Mid-Market at Trintech. “Similar to the financial close process, both speed and accuracy are critical components to the success of racing. However, failing to understand the importance of these two components in parallel can result in major risk. After several interactions with James, we saw that he shared the same mindset and passion as Trintech to leverage leading technology solutions that incorporate both speed and accuracy for successful outcomes. On a personal note, being an Irishman myself, I am even more excited to be supporting an Irish-owned team and look forward to the many accomplishments James achieves this year.”

Roe is an internationally accomplished race car driver whose career highlights include a successful Formula Regional Americas campaign and two team championships from 2019-2020, winning the 2019 Motorsport Ireland Young Racing Driver of the Year Award, securing the 2018 F2000 Vice Championship and Rookie of the Year honors, and enjoying an excellent single seater career in Europe as a consistent frontrunner achieving lap records, wins, and podium finishes in the Ginetta Junior and Formula Ford 1600 series.

Roe and Turn 3 Motorsport will make their season debut this weekend, April 15-18, on the 2.38-mile road course of Barber Motorsports Park in Leeds, Alabama. The team will run as part of the Road to Indy Presented by Cooper Tires alongside the NTT IndyCar Series for an exciting opening round of racing.