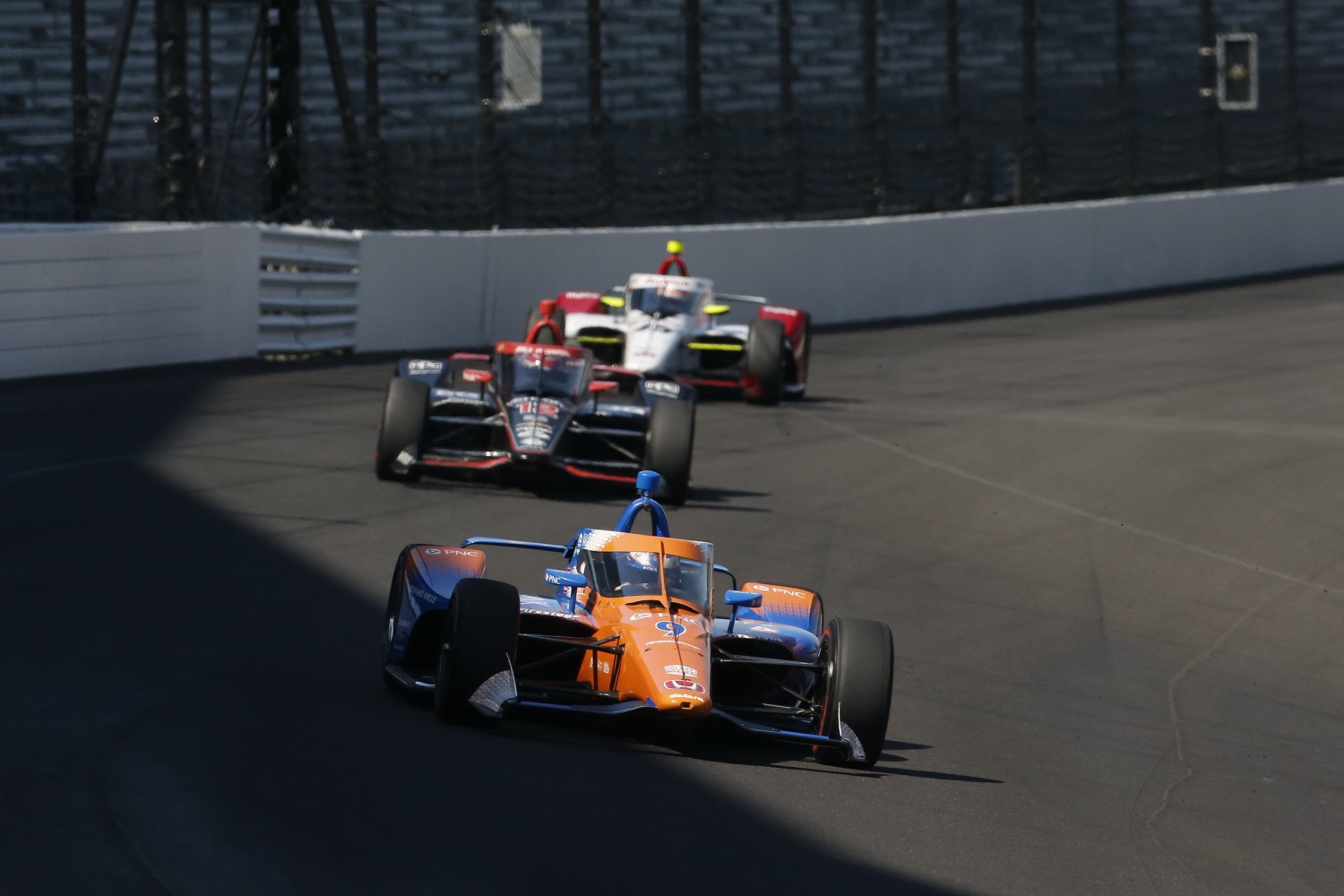 Article updated with additional information below.

Anticipation continues to build for the 2021 NTT INDYCAR SERIES opener Sunday, April 18 at Barber Motorsports Park, the Honda Indy Grand Prix of Alabama presented by AmFirst. Here’s a look at the year ahead and what’s new with North America’s premier open-wheel series:

The season begins with the Honda Indy Grand Prix of Alabama presented by AmFirst, one of the many traditional events on the NTT INDYCAR SERIES calendar, which makes a return after the 2020 pandemic year.

A series of four races in three weekends will start the season, including the Firestone Grand Prix of St. Petersburg on Sunday, April 25 and a doubleheader weekend at Texas Motor Speedway, Saturday, May 1 and Sunday, May 2 for the Genesys 300 and the XPEL 375. Six of the first eight events on the calendar will air on NBC broadcast television, including the 105th Indianapolis 500 presented by Gainbridge on Sunday, May 30. A record nine events will air on NBC this season before the season culminates on the historic streets of Long Beach for the Acura Grand Prix of Long Beach.

“You could feel the energy in the paddock during last week’s Indy 500 testing at the Indianapolis Motor Speedway,” said Mark Miles, president and CEO of Penske Entertainment Corp. “Now we’re ready to end the offseason and wave the green flag on an exciting season of NTT INDYCAR SERIES action featuring our daring, fierce and competitive athletes.

“Starting the season with four races on three consecutive weekends is an ideal launch, with momentum carrying into the Month of May. The championship stretch also is exciting, with three consecutive West Coast races to wrap up the season, along with visits to Detroit, Road America, Mid-Ohio, Toronto, St. Louis and an inaugural event in Nashville. Combined with another road course event during another NASCAR-INDYCAR weekend at Indy, we are very optimistic about the success of the 2021 season and the continued growth of the series.”

Event weekends will feature a compact schedule in 2021, with practice and qualifying schedules built on lessons of efficiency from last season’s pandemic year. Street course events include a late afternoon practice on Fridays to allow more time to highlight support events. Road course weekends will feature a more impactful Saturday for race fans with two practices that day followed by qualifying, including the exciting Firestone Fast Six.

This season’s NTT INDYCAR SERIES rookies are anything but inexperienced. The class of 2021 features seven-time NASCAR Cup champion Jimmie Johnson as he fulfills a lifelong dream of driving in the INDYCAR SERIES. “7-time” has worked the last few years toward this opportunity and has been methodical in his adaptation to open-wheel racing. He’ll drive his famous No. 48 with Carvana sponsorship for Chip Ganassi Racing.

“To have someone like Jimmie join the INDYCAR SERIES, who could do whatever he wants to do at this point in his life, is a huge statement,” INDYCAR President Jay Frye said. “He has nothing to prove in his career. He’s the ultimate competitor. All he wants to do is go out and prove to himself that he can do this and compete at a high level.”

Formula One veteran Romain Grosjean cannot wait for his series debut. The 34-year-old French driver moves to the NTT INDYCAR SERIES after 179 career starts in the World Championship. He’ll drive the No. 51 Nurtec ODT Honda for Dale Coyne Racing with RWR.

Three-time Australian V8 Supercars champion Scott McLaughlin prepares for his first full season in the NTT INDYCAR SERIES. The 27-year-old Kiwi ranks third on Team Penske’s all-time win list with 48 wins, all in Supercars, and will drive the No. 3 PPG Chevrolet.

Thanks to expansion by some NTT INDYCAR SERIES teams, the car count is on the rise in 2021. Race weekends will see a steady 24 full-time entries with some races, excluding the Indianapolis 500, seeing as many as 26. Chip Ganassi Racing and Team Penske both will field four full-time cars for the first time since 2017.

Meyer Shank Racing continues its steady growth with the addition of three-time Indy 500 winner Helio Castroneves, who ranks 12th on the INDYCAR SERIES’ all-time wins list with 30 victories. He’s driving the No. 06 Honda to create an expanded two-car team for MSR in six races this season.

NTT INDYCAR SERIES regulations require filling in the front-half of the “hole” in the underwing with a carbon fiber clam shell piece, which wraps around the structural strut of the underwing. The result creates downforce while reducing the reliance of the front wing. Ultimately, it will provide the potential for even more passing opportunities when cars are in traffic.

“We wanted to reduce the amount of work the front wing does,” INDYCAR Director of Aerodynamic Development Tino Belli said. “The amount of downforce necessary has grown over the years with the gradual addition of weight with the AK-18 side pods and the safety-inspired Aeroscreen. The new downforce created by the underwing has done exactly what it was supposed to do.”

The change is a culmination of 18 months of work, which also included safety considerations when cars are in extreme conditions.

“A lot of things we did for this season, we weren’t able to do last year because the pandemic,” Frye said. “The spring testing schedule has helped us out for this year and the results have been positive. Overall, the racing product has been very good. We wanted to make it even better.”

This season will see historic moments for the NTT INDYCAR SERIES. Six-time series champion Scott Dixon returns to drive the No. 9 PNC Bank Honda for Chip Ganassi Racing. The 40-year-old will be attempting to tie the legendary A.J. Foyt for all-time INDYCAR championships with seven.

Nine former Indianapolis 500 presented by Gainbridge winners, representing 13 victories, will return for the 105th edition of “The Greatest Spectacle in Racing” on Sunday, May 30. The record for former “500” winners in the race is 10, set in 1992.

INDYCAR’s and IMS’ “Race for Equality & Change” initiative continues. Launched last July, new programs include Paretta Autosport, a female-led team that will field a Chevrolet-powered car for 2010 Indianapolis 500 Rookie of the Year Simona De Silvestro for this year’s Indy 500. The goal is to compete full time in the series in 2022. Meanwhile, the new Force Indy team will compete in USF2000 Presented by Cooper Tires this season. Led by team principal Rod Reid and featuring rookie driver Myles Rowe, Force Indy was created to enhance opportunities for African Americans in the world of motorsports and build a more diverse talent pipeline inside as well as outside the cockpit.

All of these positive developments come as the series continues work toward a new engine package in 2023 with partners Honda and Chevrolet. Development continues with the 2.4-liter, twin-turbocharged V6 with hybrid technology, which is expected to produce a total of 900 horsepower.

“It has been a tremendous effort by everyone in the off season,” Frye said. “Our NTT INDYCAR SERIES partners, promoters, staff and teams have been working tirelessly. 2021 will be an awesome show. We can’t wait to get started.”