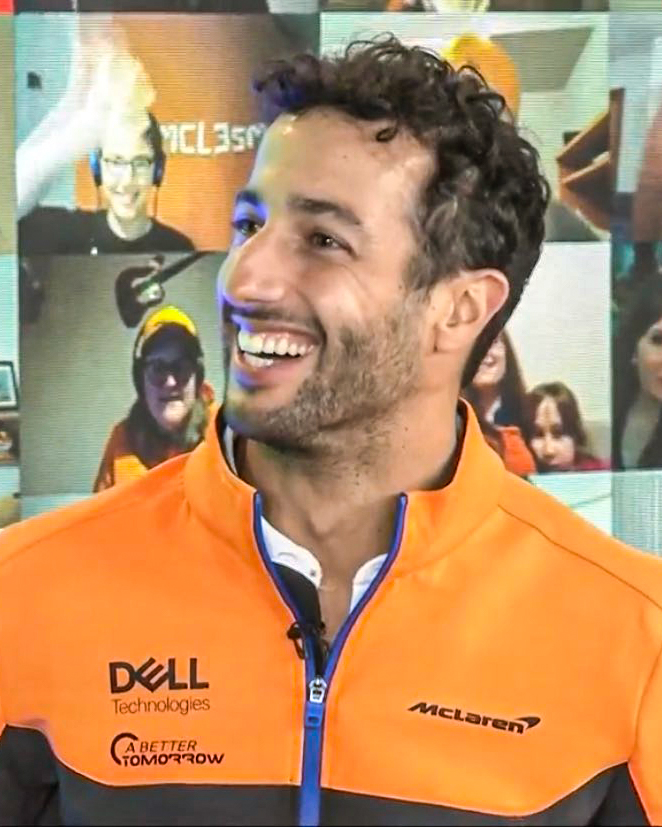 F1 driver Daniel Ricciardo has come out and said that anyone could win in Lewis Hamilton’s car, but he avoided saying, ‘even your grandmother’.

“To answer it diplomatically, Lewis isn’t the only one that could win races in that car,” he said during a recent interview with Square Mile.

“George Russell, in a way, showed the possibility of that by pretty much beating Valtteri (Bottas) in his first race. So, you could argue that just maybe Lewis doesn’t have the strongest competition.”

“Where we can’t be too aggressive or disrespectful to Lewis, is that, do a few of us believe we could beat him? Yes. I’m quite sure of that.

“Pretty much every weekend he rocks up to a race. Yes, he has the best car, but he’s also expected to win all the time. And if he doesn’t, it’s, ‘OK, what happened to Lewis?’”

On the topic of Max Verstappen, Ricciardo said:

“It’s easier now for me and Max to be friends for two reasons. One is that obviously we’re not in direct competition – we’re not trying to basically end each other’s careers.

“The second point is that… I won races with him as a teammate and got pole position so I think he always knew I was quick and respected me.

“But now, since I’ve left, the other drivers have come through and him having different teammates, it’s probably increased his respect for me even more.

“I mean we never hated each other, we just wanted to end each other’s careers! It’s as simple as that.”