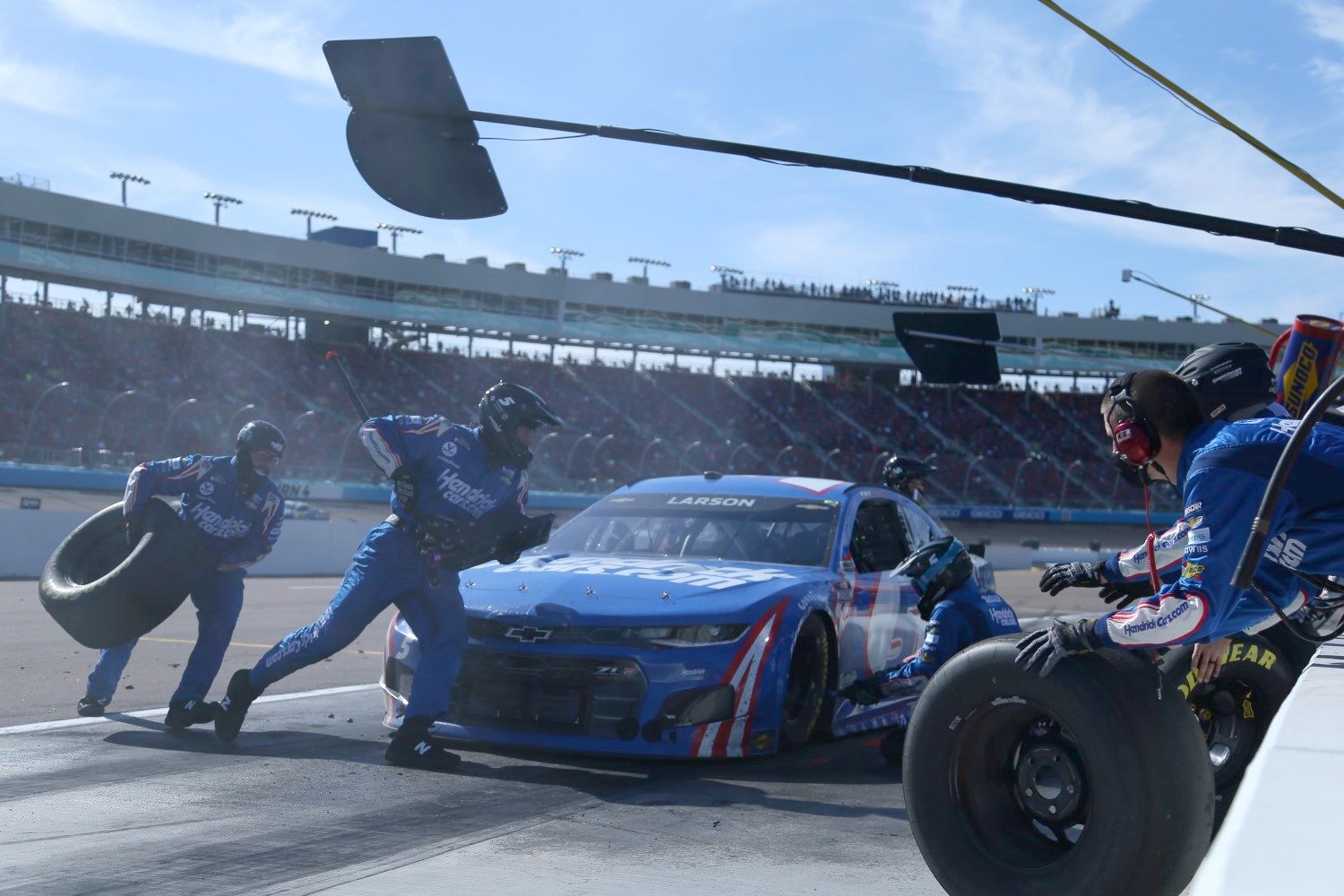 During pre-race inspection, ballast was found outside the No. 99 Trackhouse Racing car (driver Daniel Suarez). Suarez’s crew chief, Travis Mack was ejected, and both Suarez and the team were docked 10 points.

In the Xfinity Series, Crew chief Jeff Meendering (No. 19 Joe Gibbs Racing – driver Brandon Jones) was fined $5,000 because one lug nut was found to be not properly installed in post-race inspection

The No. 23 Our Motorsports entry for driver Blaine Perkins was penalized for losing its improperly installed rear axle during Sunday’s race. Team member Brian Graham has been suspended for the next race on April 24 at Talladega Superspeedway.

Another Xfinity team member, Kurt Butcher, has been suspended indefinitely for violating the sport’s substance abuse policy. Butcher was listed as hauler driver for the No. 26 Sam Hunt Racing team during the first six Xfinity races this season.