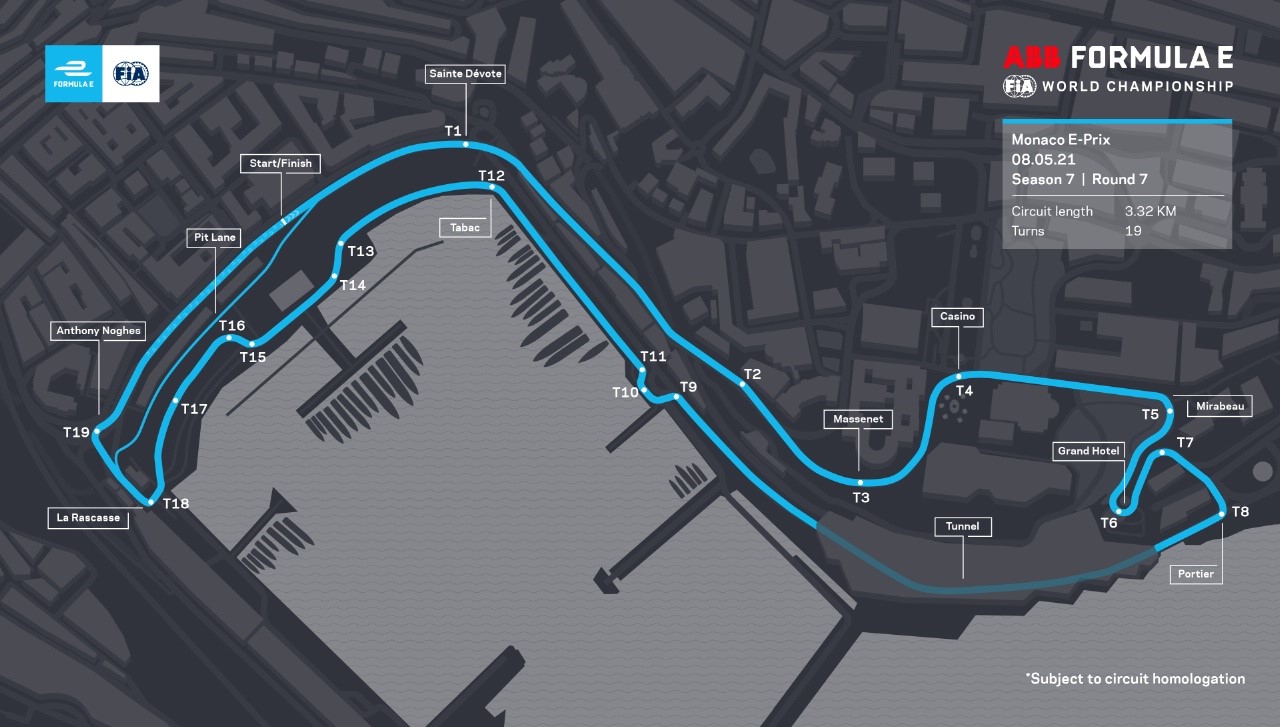 Formula E, the FIA and the Automobile Club de Monaco (ACM) have today revealed a new track layout to be used for the 2021 Monaco E-Prix, on May 8.

The 19-turn, 3.32 km Formula E track will see the all-electric cars go up the hill after the first turn at Sainte Dévote and complete a new section for Formula E, including famous corners around Casino Square, Mirabeau, the Grand Hotel Hairpin and Portier.

The LED lights on the halo will also illuminate as the cars make their way through the famous Monaco tunnel for the first time in ABB FIA Formula E World Championship history.

Increases in car performance and range made throughout the Gen2 era has enabled Formula E to return to the Monaco E-Prix using a longer circuit layout. 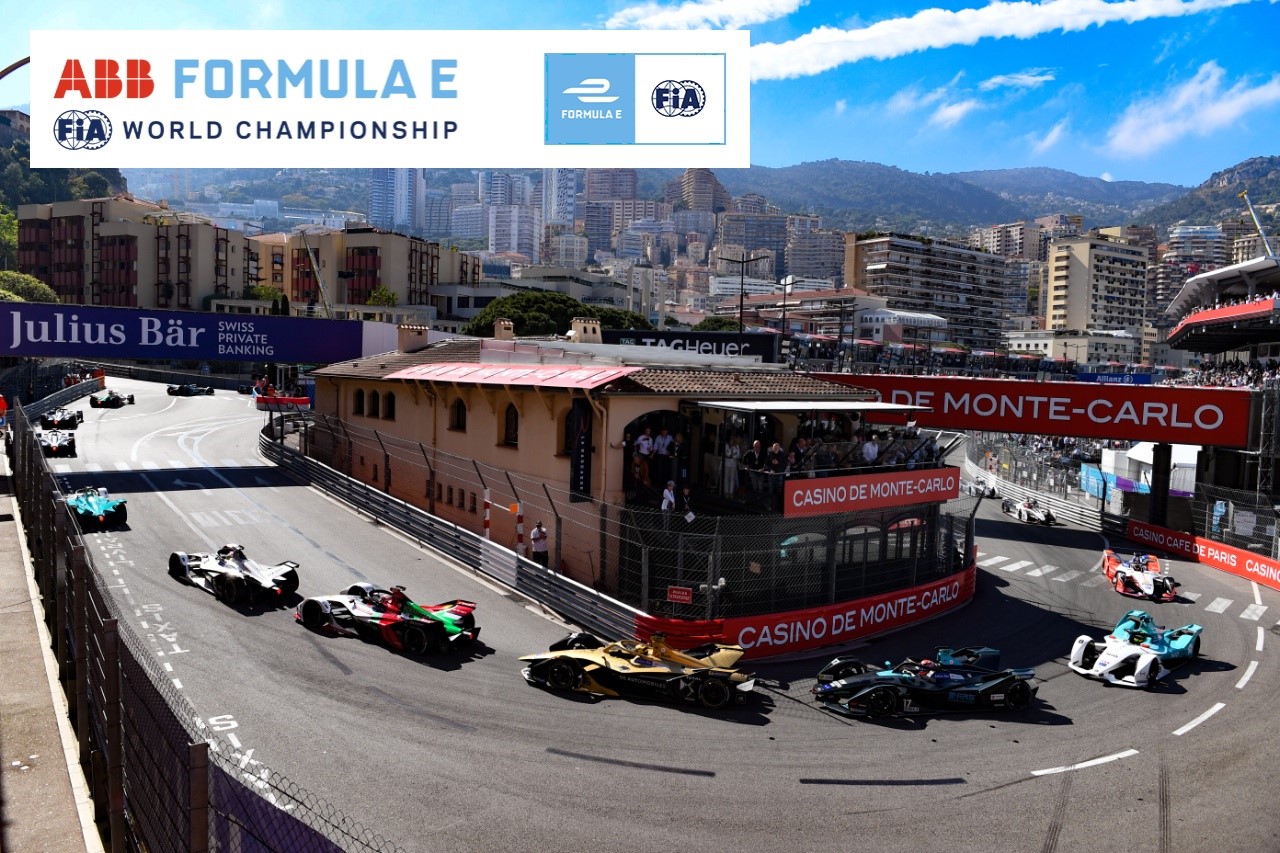 Former champions Sébastien Buemi (Nissan e.dams) and Jean-Éric Vergne (DS TECHEETAH) have both collected the winner’s trophy from HSH Prince Albert II of Monaco, with Buemi being the most successful driver around the streets of Monaco in the ABB FIA Formula E World Championship with two E-Prix victories.

This year’s edition will be the fourth running of the Formula E event in Monaco, with the event continuing to be included on the calendar on a biennial basis.

The FIA homologated track will consist of different curb placement at Sainte Dévote, exactly as its inception in 1929, and a change in the chicane layout at T11 on the harbor front on the exit of the tunnel.

“I’m glad to see the ABB FIA Formula E World Championship back in the Principality. It is in the series’ DNA to compete on streets circuits and Monaco is one of the most iconic tracks in the world. This discipline has its own identity, that’s why, together with Formula E and the ACM, we’ve designed a bespoke layout which suits its particularities.”

“To see Formula E race around the longer version of the most historic racing circuit in the world will mark another great milestone for the ABB FIA Formula E World Championship. In many ways, this circuit is made for Formula E – it’s a fast and narrow street circuit which will see plenty of opportunities for overtaking and will really test driver’s energy management with sharp inclines and high-speed sections. The FIA and the ACM are allowing us to race around corners steeped in motorsport tradition, and we are honored that Formula E will be creating its own history on May 8.”

“Organizing three races in the space of one month will be a premiere for us all at ACM. The logistical side was complex, but not impossible to manage! Because of the new constraints, we shall need to start setting up the track earlier than usual, at the end of February, instead of March 15. We will then integrate the technical aspects, on and around the track, required by every category that will be involved.”