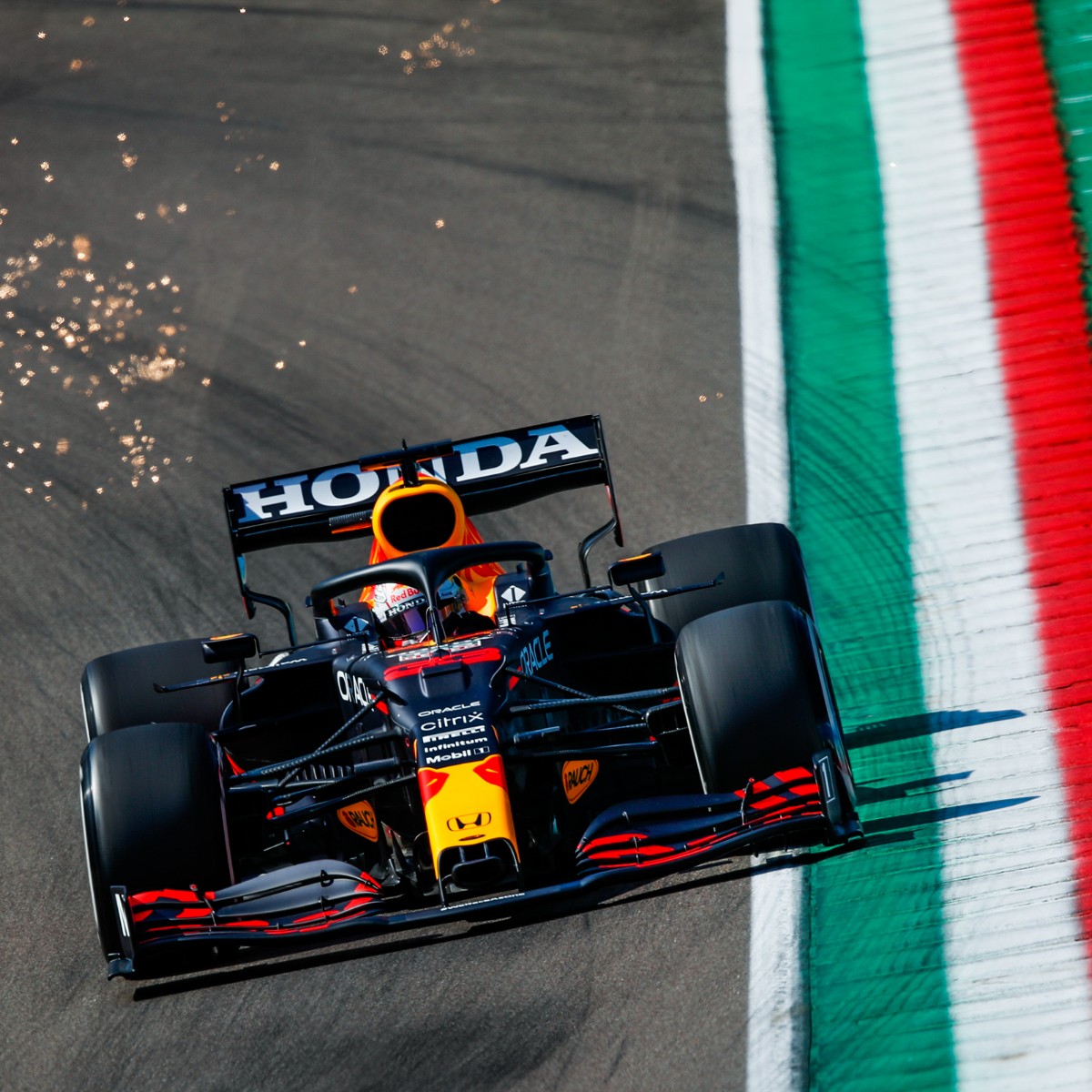 Max Verstappen’s Red Bull Honda suffered a mechanical failure on Friday before he had a chance to set his fastest time, but On Saturday morning in final F1 practice at Imola, Verstappen laid down a blazing lap of 1m14.958s to show his real speed.

Verstappen wound up 0.456s ahead of Lando Norris – a lifetime in Formula 1 terms. The gap to arch-rival Hamilton was 0.557s,

Sergio Perez was 4th fastest in the 2nd Red Bull, 0.593s behind Verstappen while Charles Leclerc rounded out the top-5 for Ferrari.

Lance Stroll was the top Aston Martin runner in P12 just behind Tsunoda’s AlphaTauri, who was frustrated by traffic in the closing minutes.

Sebastian Vettel continued to look washed up in his Aston Martin in P14, while Williams, Alfa Romeo and the Haas cars filled the final six spots.