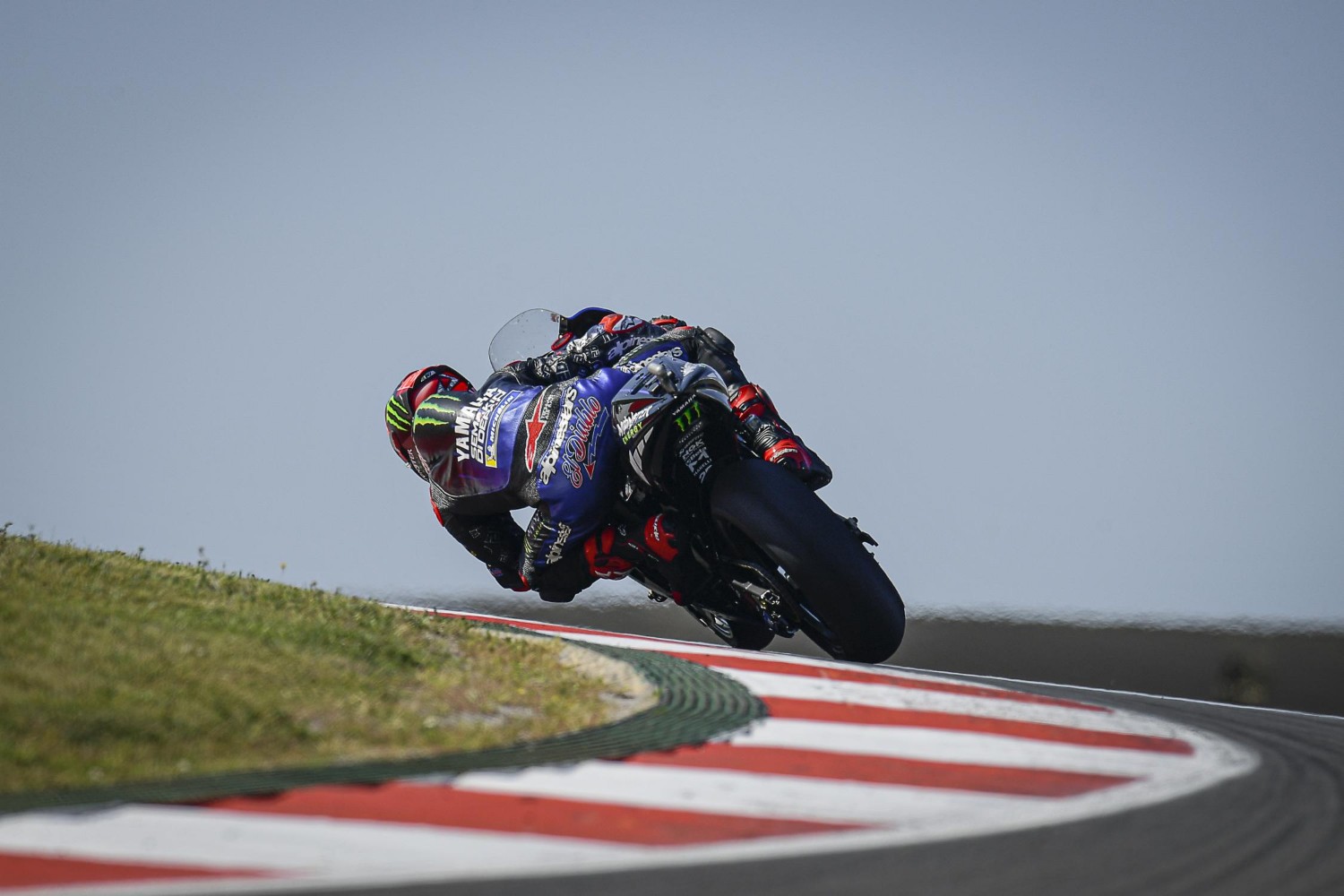 Fabio Quartararo (shown above) leads the MotoGP field into qualifying at the Grande Prémio 888 de Portugal, the Frenchman setting a 1:39.044 on Saturday morning to beat former teammate Franco Morbidelli by 0.051s.

Friday pacesetter Francesco Bagnaia is also within a tenth of the top time, the Italian is 0.073s back in P3 as a dramatic FP3 unfolded in Portimao.

Jorge Martin suffered a frightening crash at Turn 7 in the closing stages and headed to the hospital for further medical checks, the Spaniard is conscious but has a head contusion and right hand, right ankle contusion. He will not be allowed to compete any further this weekend.

The Doha polesitter is being helped by the marshals#PortugueseGP 🇵🇹 pic.twitter.com/leWU1zMX2e