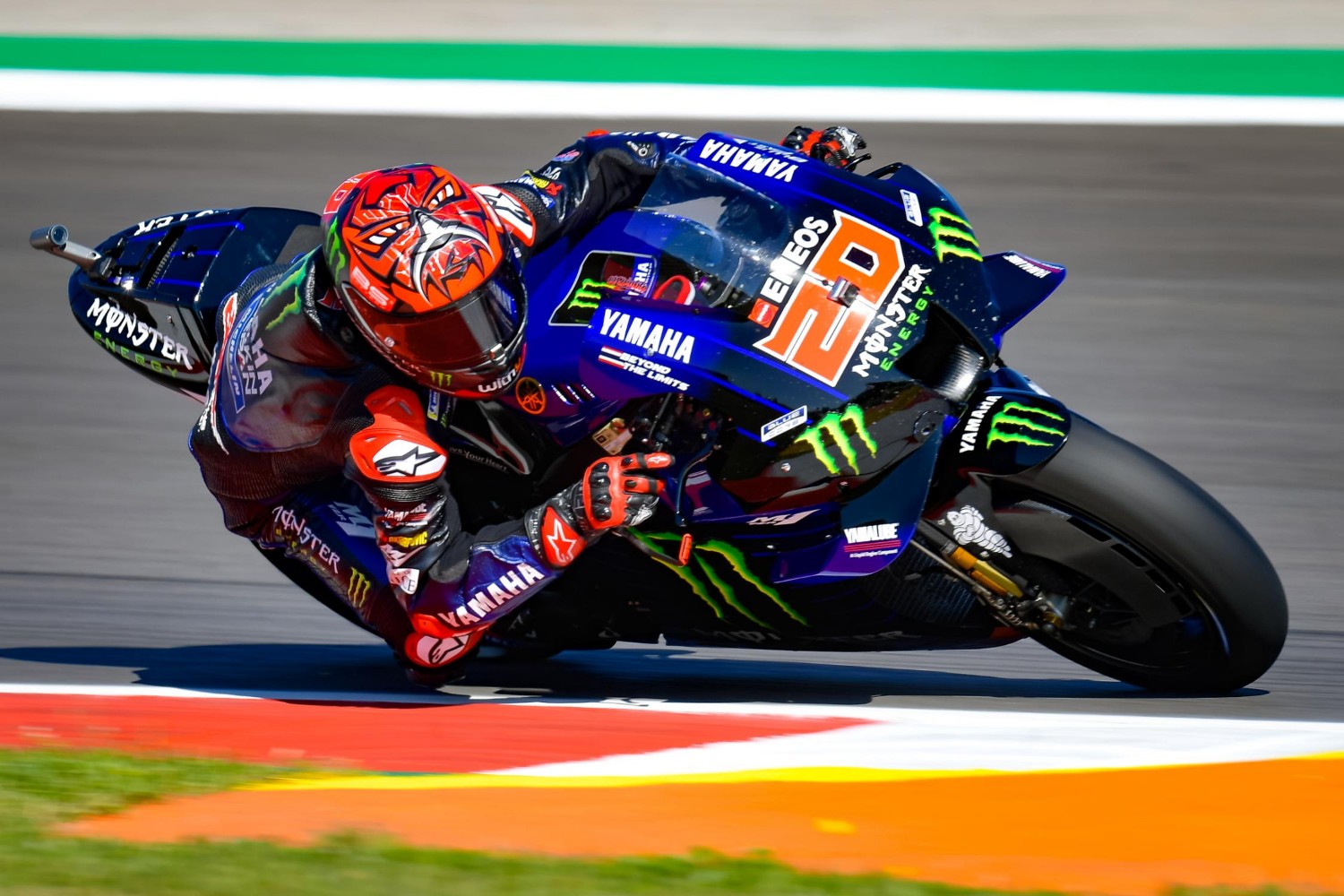 Francesco Bagnaia had his pole lap deleted for a yellow flag infringement in a dramatic MotoGP Portuguese Grand Prix qualifying, that promoted Fabio Quartararo to pole.

The Ducati rider smashed the old lap record with a 1m38.494s on his final lap, but a crash by Miguel Oliveira brought out the yellow flags and cost Bagnaia his lap.

Returning six-time MotoGP world champion Marc Marquez was fastest in Q1 and will start his first race in nine months from the back of the second row in sixth, while Aleix Espargaro heads row three on the Aprilia.