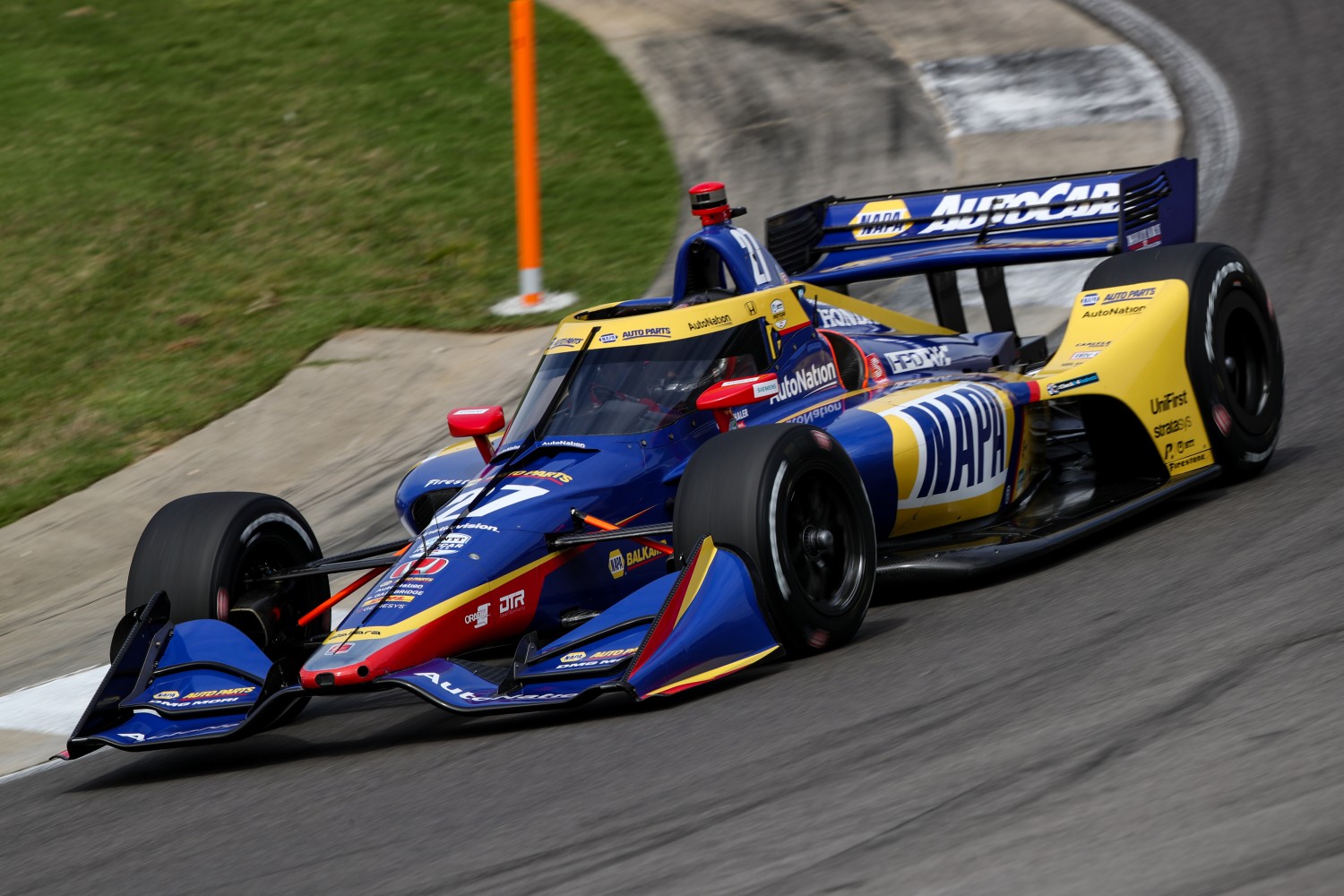 Alexander Rossi put his #27 NAPA Andretti Honda on top for the 2nd IndyCar practice session for the GP of Alabama at Barber Motorsports Park with a time of 1m06.097s.

Felix Rosenqvist rounded out the top-5 in his #7 Arrow McLaren Chevy.