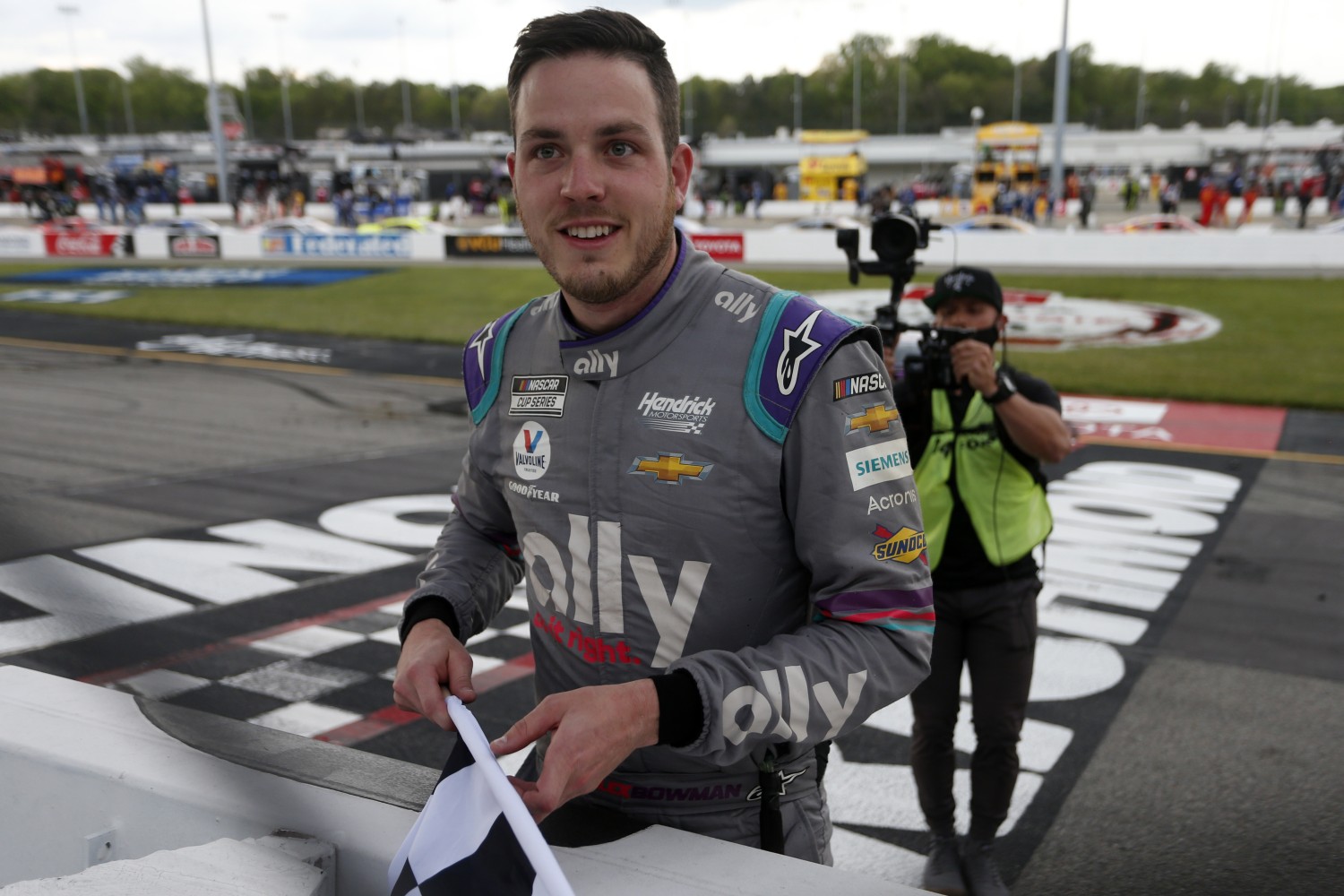 The last time Alex won a race, he was kind of in negotiations with a new contract. It wasn’t too long after that you guys announced he was going to be back. He’s in a contract year, wins a race. Anticipation he’ll be back next year? Where are you at in those negotiations?