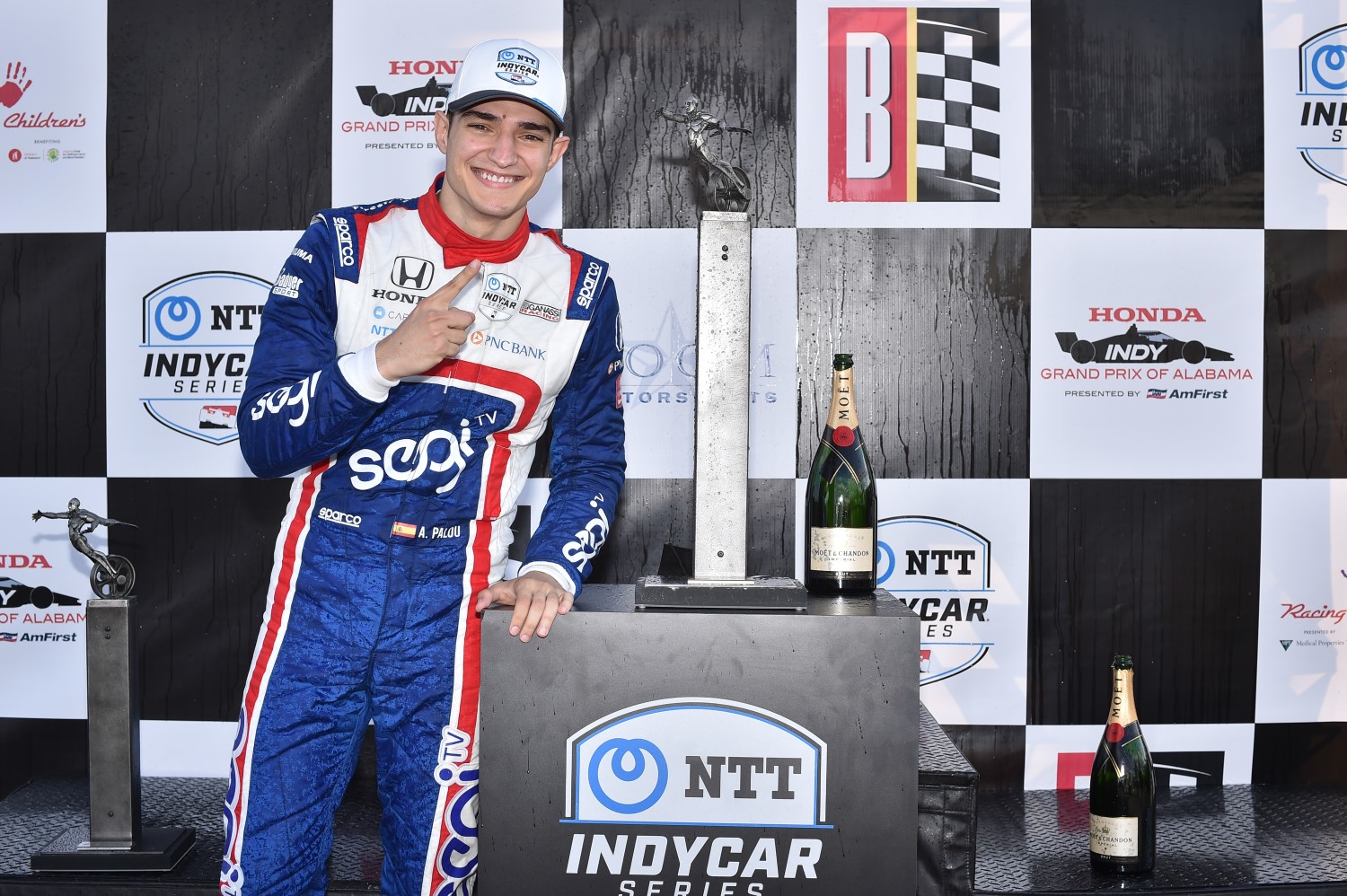 Palou’s win at Barber Motorsports Park completed the weekend sweep for Honda, which included wins by Max Verstappen in his Red Bull Racing Honda in the Formula One race at Imola, Italy; and the Jeff Proctor-led Honda Off-Road Racing Team claiming the Class 7 victory in the SCORE International San Felipe 250 in Baja, Mexico.

Starting third in today’s season-opening, 90-lap contest, Palou was flawless in claiming victory in just his 15th INDYCAR start, and his first with Chip Ganassi Racing.  At the checkers, Palou held off former series champion Will Power by four-tenths of a second to claim the win, with his Ganassi teammate and defending series champion Scott Dixon, third.

QuotesAlex Palou (Chip Ganassi Racing Honda) started 3rd, finished 1st, first career NTT INDYCAR SERIES win in his 15th race start. “We knew we’re with the best team, and had a great car today.  So we knew a win was possible.  Everyone on the team did an amazing job.  The team was telling me on the radio ‘keep doing what you’re doing’.  It was one of those days when everything went well.  We had good fuel mileage, good tire management and good pace. This team is amazing.  Honda gave us a great engine.  Honda and Chip Ganassi Racing, what else can I ask for?”

Romain Grosjean (Dale Coyne Racing with RWR Honda) started 7th, finished 10th in his INDYCAR debut, top rookie race finish: “What a day!  My first race in INDYCAR, and my first top-10 result.  We can be very happy with that.  We fought for a long time with the top four, and we did our best. There’s a lot that we learned today, so we’ll move on to St. Pete and keep working to improve.  I still need to get used to rolling starts [as used in INDYCAR, Formula One uses a standing start], but it was a lot of fun!”

David Salters (President, Honda Performance Development) on today’s season-opening Honda Indy Grand Prix of Alabama: “It was a good day for Honda Power here in Alabama.  A big ‘thank you’ to the amazing team at HPD, who worked tirelessly to provide the best possible performance for our teams.  It was particularly rewarding to see our colleagues here from Alabama, who manufacturer rugged vehicles such as the Pilot, Passport and HPD Ridgeline.  A big thanks to our teams, who all raced well, and a big hug to race winner Alex Palou, who drove simply outstanding all day to record his first INDYCAR victory.  We all extremely proud to represent Honda in what was a great weekend of racing for the company.”