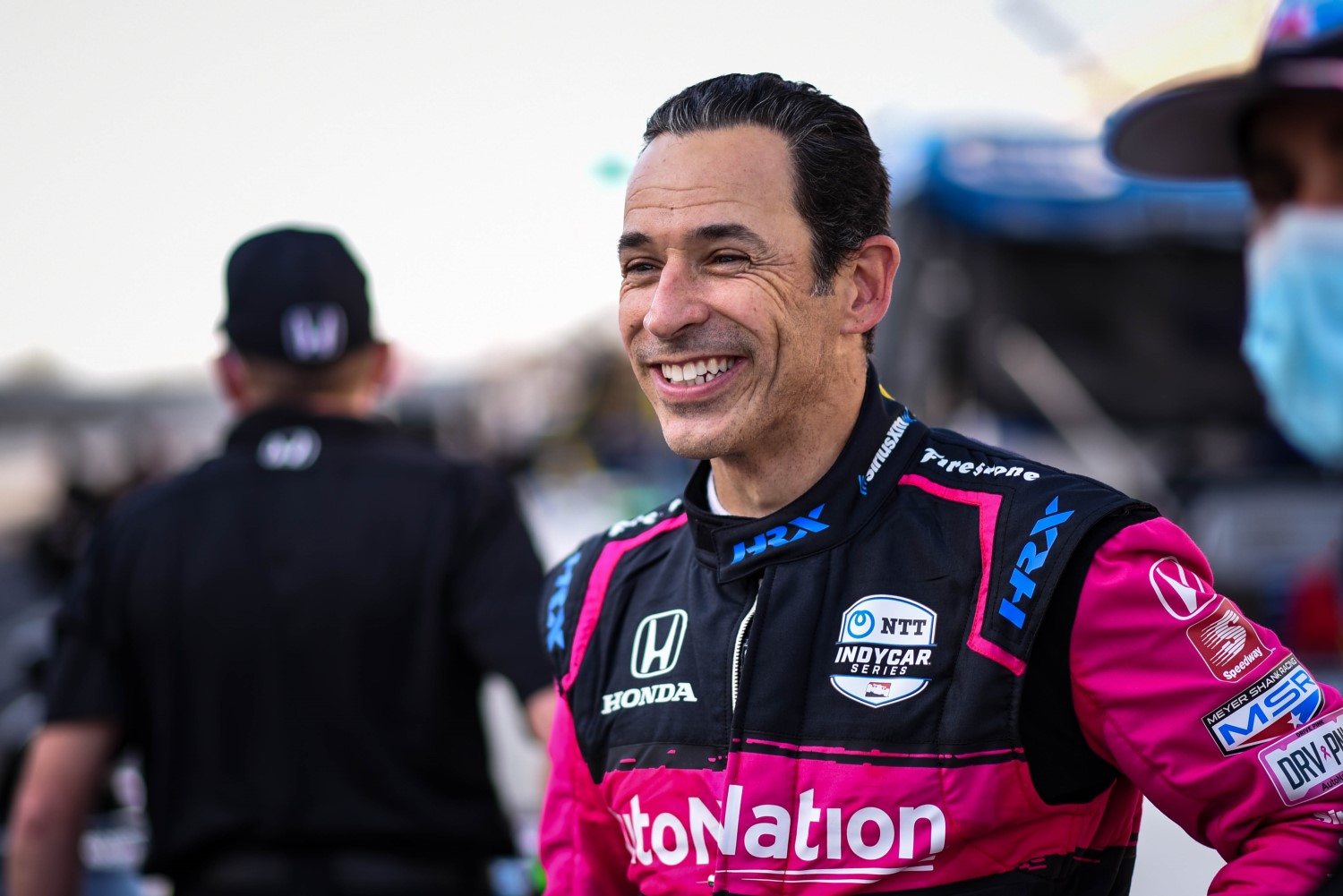 Having built its NTT INDYCAR Series program in lockstep with team sponsors since debuting in the 2017 Indianapolis 500, Meyer Shank Racing (MSR) is looking forward to its first two-car attack at the great race in 2021.

The Ohio-based team is pleased to announce that AutoNation and SiriusXM have signed on as co-title sponsors on the No. 06 Honda-powered Dallara set to be piloted by three-time Indianapolis 500 winner Helio Castroneves for the 105th Running of the Indianapolis 500.

The growth of the program reflects the continued commitment that AutoNation and SiriusXM have demonstrated with MSR since first joining the effort to support the team’s debut outing with driver Jack Harvey.

For three years, the two companies have combined for an unforgettable livery for Harvey that showcases the SiriusXM and AutoNation brands for race fans and also highlights AutoNation’s effort to support cancer research via the DRV PNK campaign.

Castroneves’ No. 06 Indy Car will carry AutoNation’s DRV PNK branding and signature pink color to raise awareness for AutoNation’s commitment to finding a cure for cancer, with the program having raised over $26 million to drive out cancer to date.

“We’re very excited to have AutoNation and SiriusXM join us on our second entry for the 500,” said Mike Shank. “Both AutoNation and SiriusXM have been an integral part in helping this team grow and we are so thankful that year-after-year, they continue to show their support.  There is a lot of excitement about the Acura Grand Prix at Long Beach being the finale this year, and AutoNation is a great fit for that event as well, so we could not be more pleased to make this announcement.”

“MSR and SiriusXM have been great teammates, and continue to grow together,” said Marc Cannon, AutoNation Executive Vice President and Chief Customer Experience Officer. “We can’t wait to take our partnership to the next level with Helio and have him serve as a brand ambassador for our DRV PNK campaign.”

”We’re excited to be expanding on our relationship with the Meyer Shank Racing team in 2021,” said Richard Beatty, SiriusXM’s Chief Subscription Revenue Officer. “For the biggest race on the IndyCar calendar, SiriusXM will be showcased on two cars in the field – the No. 60 of Jack Harvey and the No. 06 of Helio Castroneves, a three-time Indy 500 winner. Our subscribers know the value of having SiriusXM along for the ride, and that’s true whether you’re going over 200 mph at Indianapolis Motor Speedway or on your everyday drives around town.”

SiriusXM’s sponsorship of the No. 06 Indy Car at the Indianapolis 500 will correspond with the company’s next free listening period. From May 26 through June 8, any non-subscriber in the United States can tune in to sample SiriusXM seamlessly, with no credit card required, on all inactive SiriusXM radios and on the SiriusXM app.