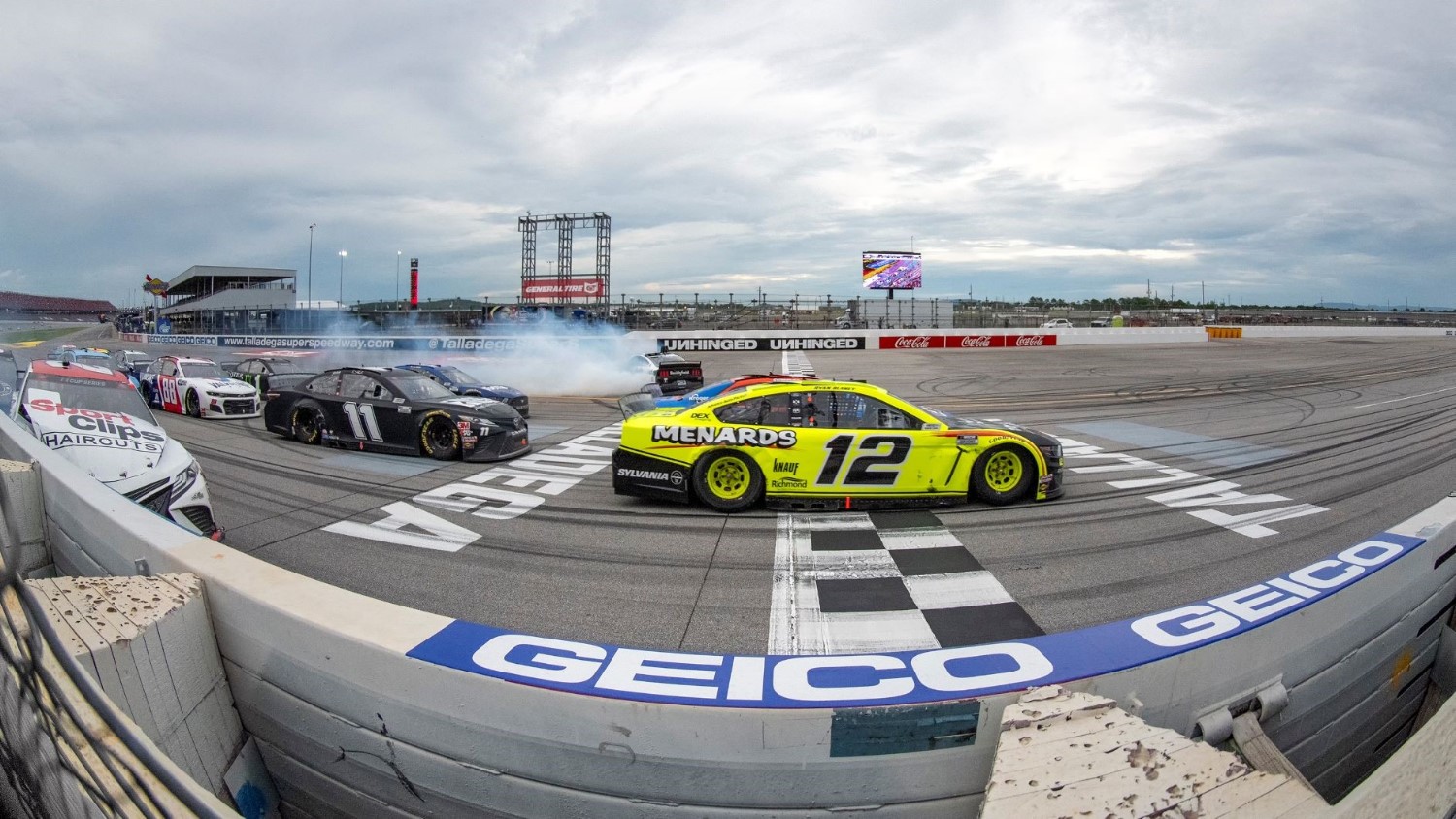 NASCAR drivers taking the wheel behind a Ford have something to lean on going into Sunday’s (April 25) GEICO 500 NASCAR Cup Series race (1 p.m. CDT, FOX, MRN Radio and SiriusXM NASCAR Radio). If a Ford Mustang can make its way to Victory Lane, it will give the manufacturer its 10th victory in the last dozen races in NASCAR’s premier series at Talladega Superspeedway.

Dating back to the fall of 2015, seven of those nine Cup Series Ford victories at the 2.66-mile venue have seen wins by Team Penske’s Joey Logano (3), Brad Keselowski and Ryan Blaney (2), who is the defending champion of the GEICO 500. The other two consisted of Ricky Stenhouse, Jr., who also claimed his first career win in the 2017 GEICO 500, and Aric Almirola in the fall of 2018. Seven of the nine Ford triumphs came consecutively, from fall of 2015 through fall of 2018.

“It is such a special place,” said Keselowski, who claimed his first career victory at Talladega in 2009, along other triumph in 2012 and 2014 for a handful of wins. “It’s hard to believe we have won here five times. I feel lucky that I have had a team and car in Team Penske that is capable of winning here. You have to have luck and then be able to execute at the end. If you can make it to the end with good fortune and not have anything break, you have to take those races and run up and win them. You get a good hand dealt to you, then you have to play the cards right. We have been able to do that.

“There’s pain and privilege here at Talladega. You can have two cars running side-by-side then have someone sneak inside of you, and the next thing you know, you are running three- and four-wide. You have to be focused all race long, especially at the end when it’s all on the line.”

One Ford that we know will lead the pack Sunday is the Mustang Mach-E, Ford’s dynamic all-electric SUV, which will be making its NASCAR debut when it serves as pace vehicle for the GEICO 500. 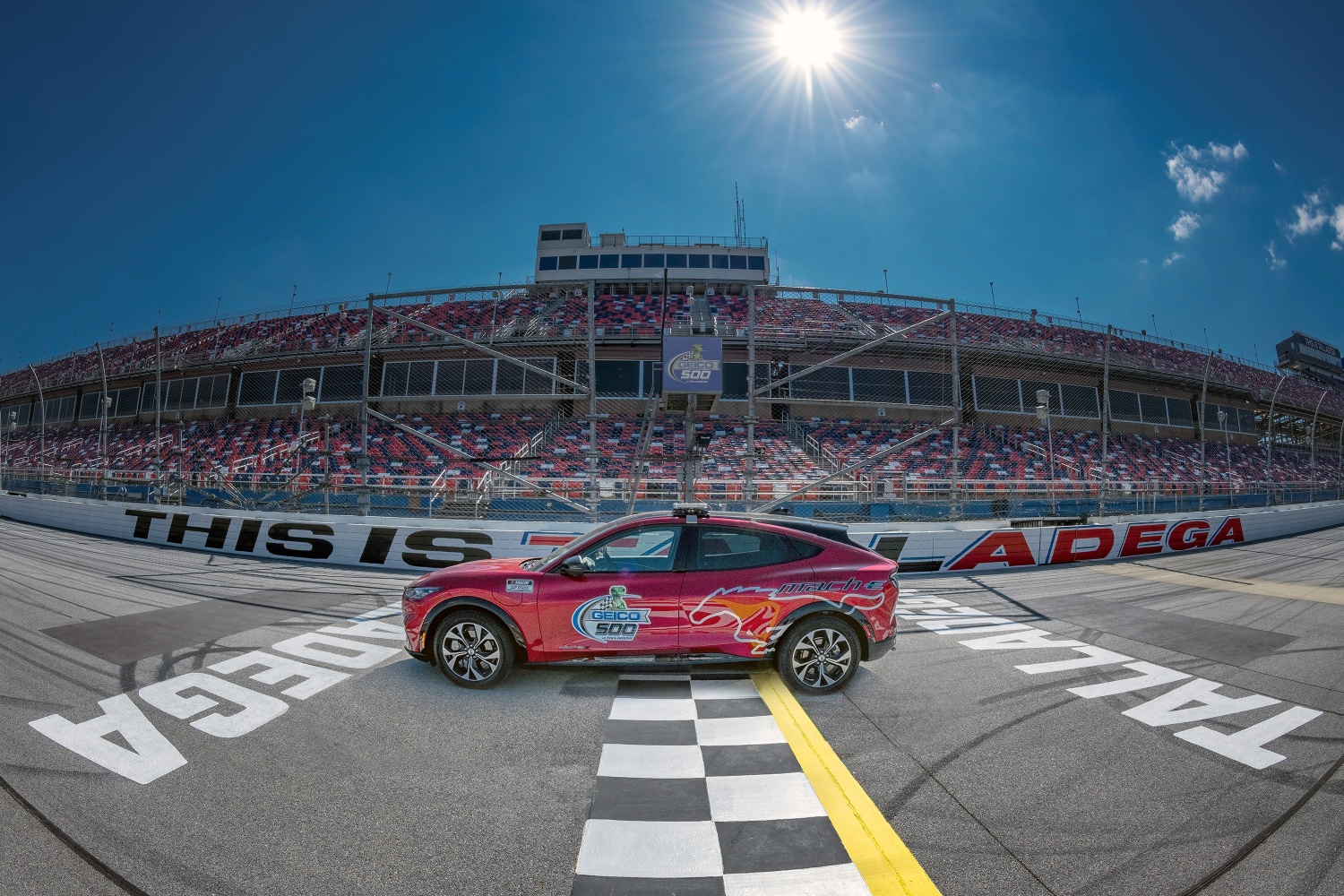 This will mark the second time Ford has had an all-electric vehicle pace a NASCAR event.  The first time came in 2012 when the manufacturer made NASCAR history by having its Focus electric perform all pace car duties for the Cup Series race at Richmond Raceway.

As far as the actual stock cars, over the years, there have been some momentous occasions for Ford at the 33-degree banked venue, including the following:

Limited admission options remain for the GEICO 500 and fans are encouraged to log onto www.talladegasuperspeedway.com or call 1-877-Go2-DEGA for details. Tickets are available for Saturday’s doubleheader, featuring the Ag-Pro 300 for the NASCAR Xfinity Series (3 pm CDT) and the General Tire 200 for the ARCA Menards Series (12 Noon CDT), with kids 12 and younger admitted free (with a paying adult) to grandstands/towers.