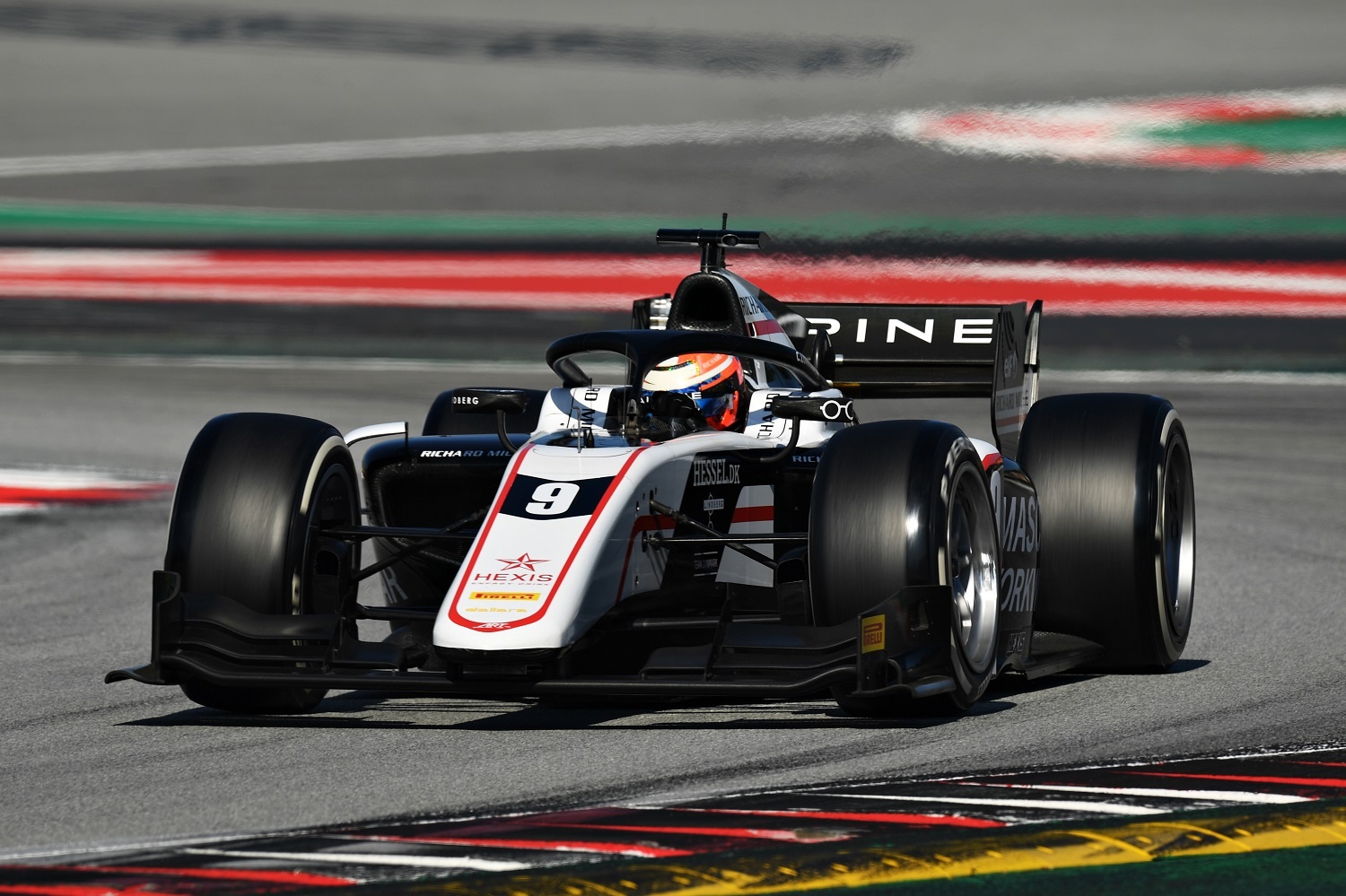 ART Grand Prix’s Christian Lundgaard topped both sessions on Day 1 of testing in Spain, proving peerless around the Circuit de Barcelona-Catalunya. The quickest time of the two came in the morning session, as the Alpine junior beat out UNI-Virtuosi’s Felipe Drugovich by 0.178s.

Greeted by a hefty layer of fog upon arrival, the teams only sent their drivers out for an initial install lap when the lights went green. Thankfully, the fog quickly cleared and was replaced by bright blue skies, allowing Campos Racing to shoot out and get a feel for the circuit.

MP Motorsport followed suit, but without setting a competitive time, before Carlin’s Jehan Daruvala stopped at Turn 1 and brought out an early Red Flag. There was a second inside of the opening hour, as PREMA Racing’s Oscar Piastri pulled up at Turn 3, although the Australian did still manage to finish ninth.

With the two cars safely back in their garages, Lundgaard headed out for a tour of the Circuit de Barcelona-Catalunya and posted the quickest time of the morning, setting the standard at 1:29.606, ahead of Vips, who notched 1:29.988.

There was then a third stoppage at the midway point when Gianluca Petecof spun his Campos between turns two and three, coming to a halt on the gravel.

In the final hour, Drugovich managed to give the order a bit of a shake-up, barging into second place, 0.178s off Lundgaard, while Lawson leapt up to fourth, ahead of Zendeli.

Guanyu Zhou just missed out on a spot in the top five with UNI-Virtuosi, finishing 0.005s off Zendeli. Marcus Armstrong was seventh with DAMS, ahead of Campos’s Ralph Boschung.

Running the most laps of the morning session, MP’s Richard Verschoor posted 40 overall, whilst also completing the 10th fastest time.

MP were the first team to return to the track in the afternoon session, with their duo getting a fast run out of the way early doors. Verschoor charged to the top of the table on his fifth lap, with a tour of 1:30.165, and was backed up by his teammate, Zendeli.

The pair would end up finishing in second and seventh, with Verschoor’s attention switching to longer runs, before Zendeli lost control of his MP and tagged the barrier.

There was another red flag shortly after as Roy Nissany lost control at Turn 9 and touched the wall himself.

It was the familiar name of Lundgaard who bumped Verschoor down to P2, with the Alpine junior heading out for a single push lap, which returned him to P1 with a time of 1:29.827, before shooting back into the garage.

Lawson was briefly behind them, before getting overtaken in the order by 2020 Formula 3 rival Théo Pourchaire, who lunged into third, three tenths off his ART teammate’s quickest time.

Armstrong dove into fourth with DAMS, to drop Lawson to fifth, ahead of Campos’ Boschung. David Beckmann emerged in eighth with Charouz Racing System, but was nearly a second off the leading pace, ahead of Vips and Drugovich.

Lundgaard will aim to kick off Day 2 in similarly strong form, when action gets underway at 9am local time.