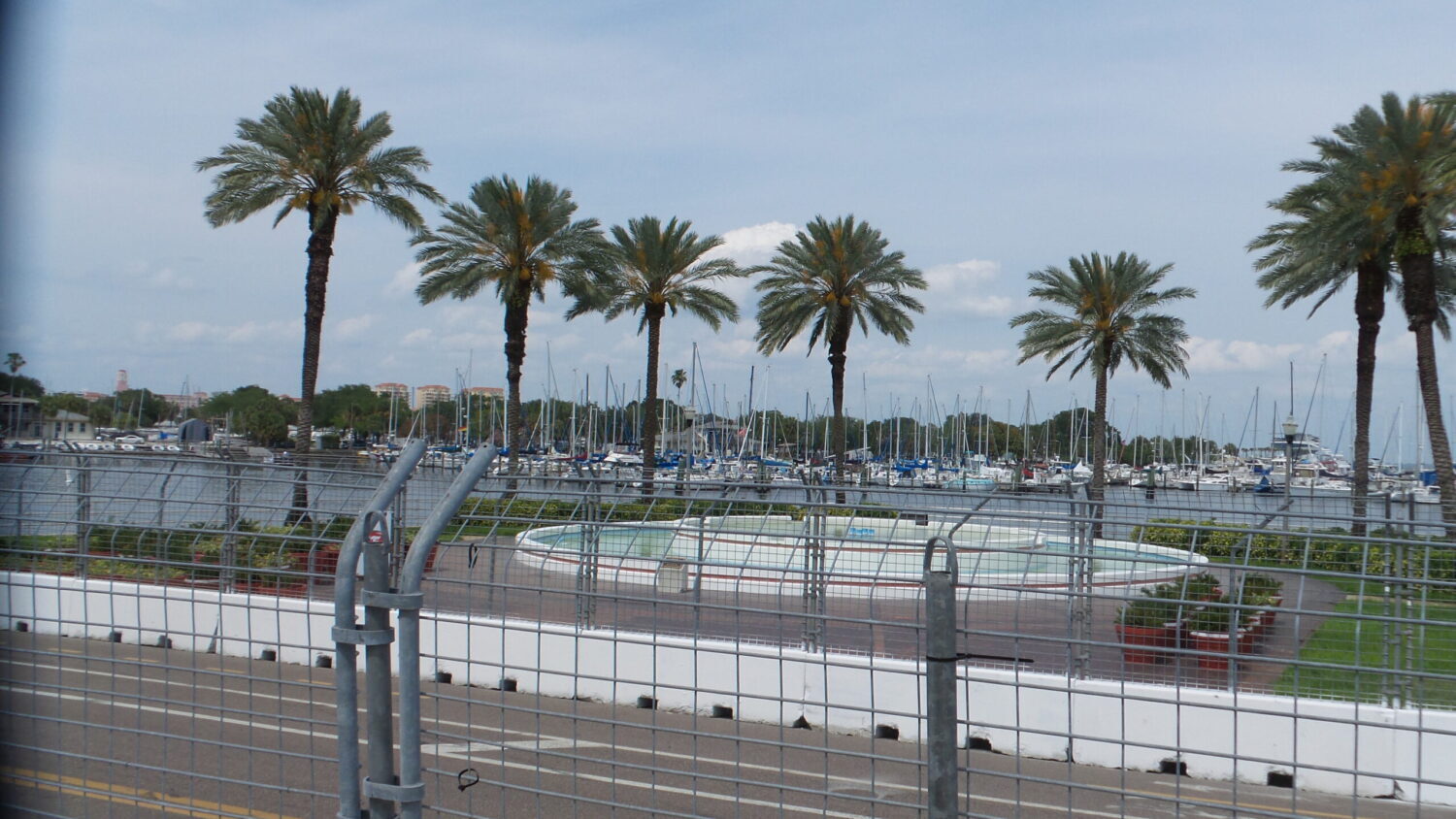 The St Pete atmosphere is so conducive to relaxing and taking life slow.   The blue waters and many boats just sitting in the harbor.   But it is quite the opposite downtown as the Firestone Grand Prix of St Petersburg is roaring with race cars and Super Stadium trucks racing along the shoreline.

As the IndyCar drivers prepare to take this track for the first time of the weekend this afternoon, some of them met with the media to discuss the last race in Birmingham and what they expect from the bumpy 1.8 mile street course this weekend.

AR1 spoke with the young Spaniard, Alex Palou, about the impressive win in his first race with Ganassi Racing.  “It was amazing” , Palou stated.  “We started already from pre practice pretty good.  I was lucky to get some preseason testing there which helped for confidence.   The car was super good.  The team was working over the winter so that we could qualify better.   Last week, we had 50% of the Fast Six in qualifying.  All the work that the team and the engineers had been doing paid off.  It was cool to get my first Fast Six.”

“I am doing my best to learn from the champ, Scott Dixon.   It is not easy, he is  good at everything.  I can learn from Jimmie Johnson as a champion through his work ethic.  But I learn from Dixon on track.  it is a good opportunity for me.”

Jimmie Johnson wants to be treated as a Rookie

Jimmie Johnson is a seven time NASCAR Champion.  But he feels like a rookie in IndyCar and his first race out showed that the two series have big differences.  During the Birmingham race, Johnson adjusted the roll bar in his car.   Not the way it should have been adjusted and his fast laps changed to slower ones.

“I definitely  got more comfortable in the car as the race progressed.  Sadly in the middle portion of the race, I got lost with my roll bar adjustments and just dialed myself out.  You probably saw the big jump in speed.  My engineer called in some settings to put the bars back to and it was good for at least a second.  I was like you have to be kidding me.”

“We are going to be sure I do not turn myself out.  And that the conversation with me and the stand is going to be a bit different.  They thought I wanted them there and it was helping me.  I naturally thought they should be there and did not know it was hurting me.”

“It is a bit overwhelming to me because on the steering wheel there are more buttons and knobs then I have ever seen on a steering wheel.  The data the team is feeding me.  The team knows I have a lot of racing experience so they don’t want to say the obvious and frustrate me.  But after last weekend I told them to treat me like a total rookie.”