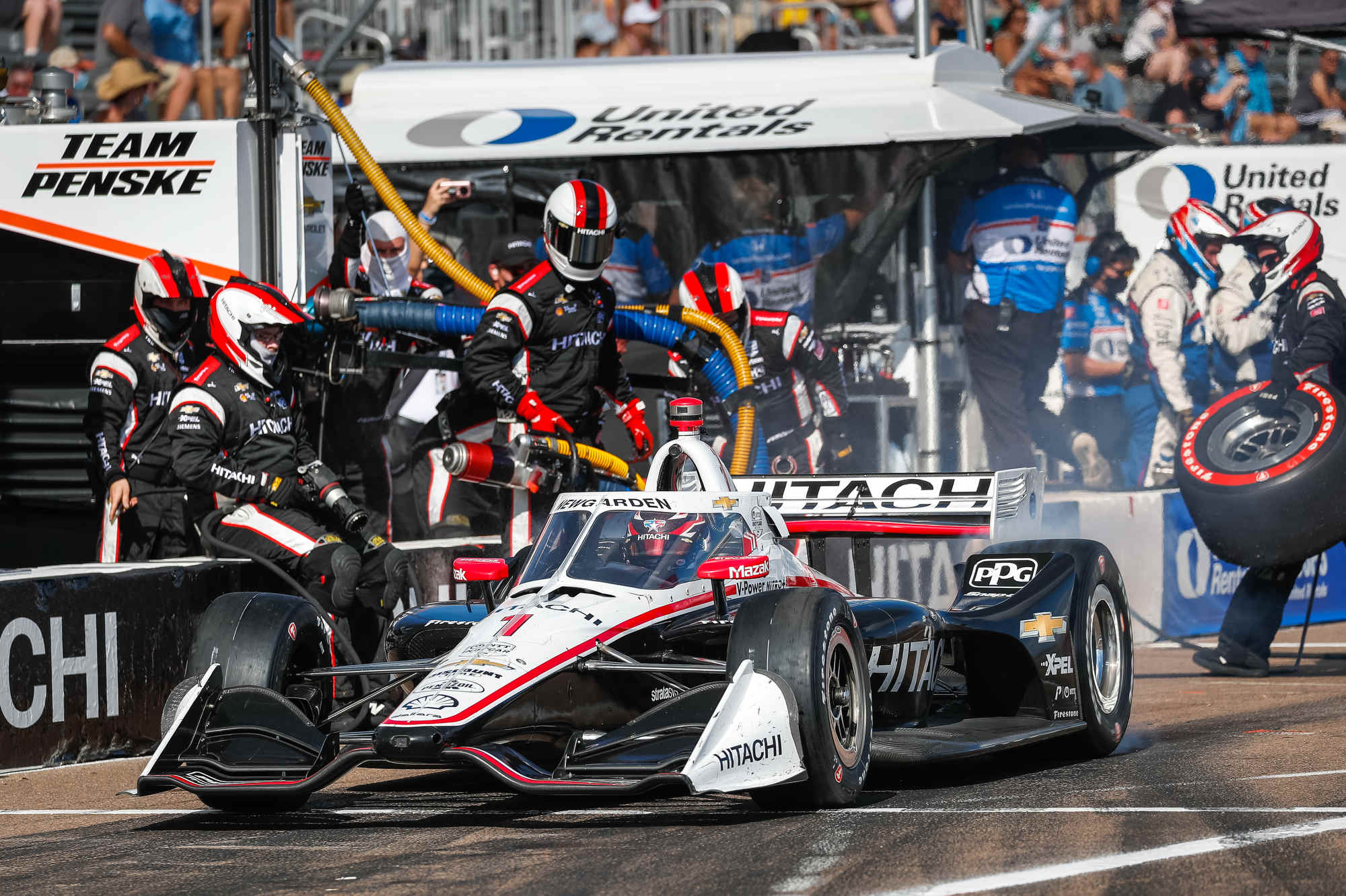 Josefe Newgarden’s fast lap of 1m0.8029s in his #2 Penske Chevy barely beat the rest of the top-5 drivers who were all within 0.096s.. Newgarden is gunning for his 3rd straight win in St. Petersburg.

Can he win three straight?

“I’m not even thinking about it, to be honest, because it’s so early,” Newgarden said of his 23rd-place position in the standings after one race. “As far as points go, it’s not ideal. Obviously, in a perfect world we would have started off with much better points and ideally a win.

“We want to have a solid weekend. It was a shame we just didn’t even really get to be in the race (at Barber). It’s more of a shame when you affect other people’s days, like Colton (Herta), I felt bad about that, amongst others.”

Just 0.0963 of a second separated the top five drivers under sunny skies and in temperatures in the low 80s. That ultra-competitive trend continued almost all the way to the bottom of the 24-car time sheet, as less than one second separated Newgarden from the 20th-quickest driver, Barber race winner Alex Palou in the No. 10 NTT DATA Chip Ganassi Racing Honda.

“I think the track was really high grip, honestly, more so than what I was expecting,” Newgarden said. “That’s probably what brought the times tighter. Normally when it grips up, we get really close as far as the entire pack.

“Yeah, it’s going to be tough. You got to be on it. Can’t make even the littlest mistake. That can set you back pretty far.”