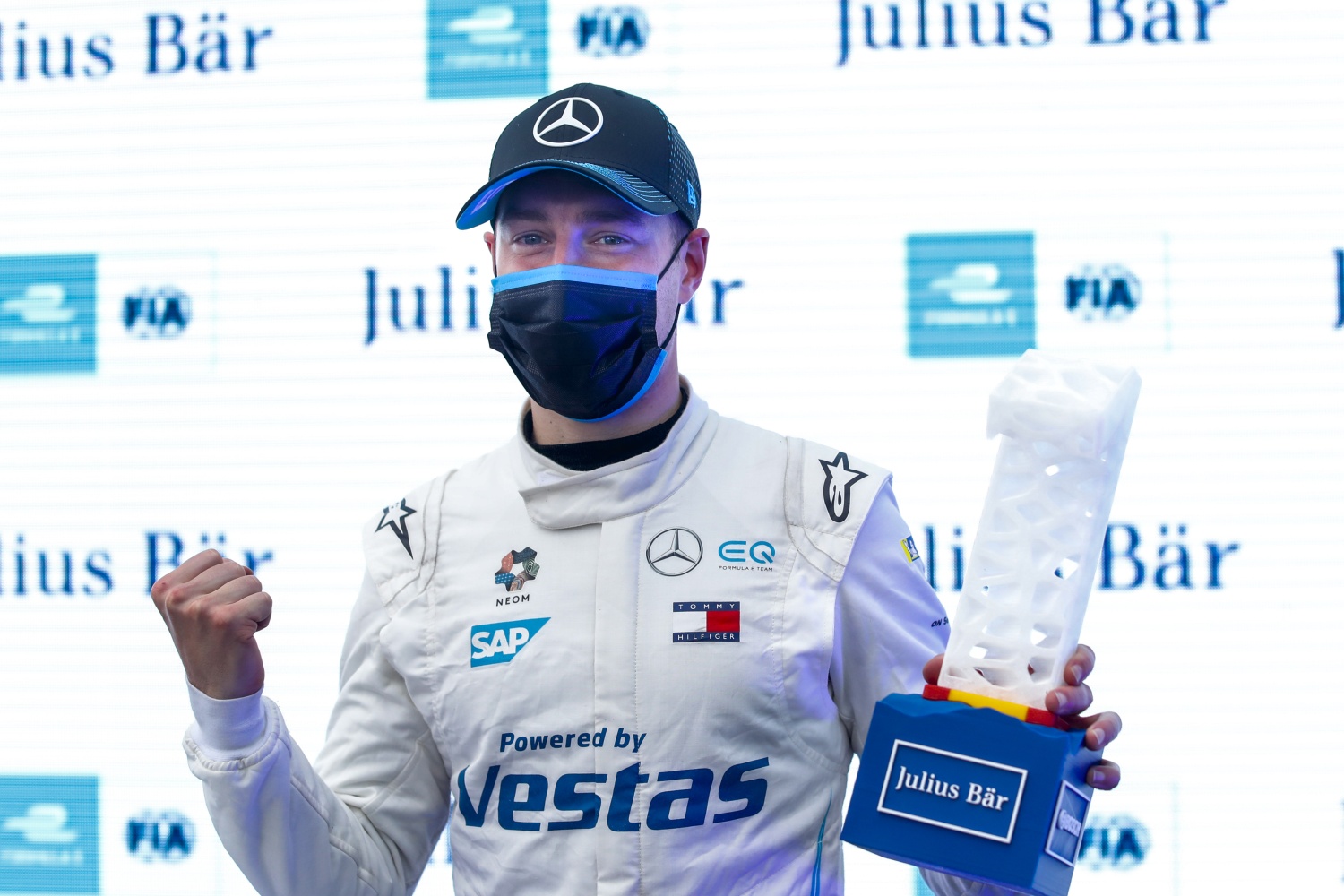 Vandoorne squeezed everything out of his Silver Arrow 02 to dart to the top of the times in Super Pole – and stayed there. Da Costa’s earlier effort looked quick and tidy, and good enough for the benchmark, but ultimately he fell narrowly short. Promising again, though, for the new E-TENSE FE21.

De Vries was first to run in the Super Pole shootout and did manage the quickest time of the day up to that point. It was enough for third, but a five-place grid penalty – his punishment for clashing with Sam Bird (Jaguar Racing) and Oliver Rowland (Nissan e.dams) in Rome – sees him start eighth.

BMW i Andretti Motorsport’s Maximilian Guenther looked to be a good bet for pole prior to qualifying, having set the pace in practice, but the young German would have to settle for a net third – 0.4 seconds off Vandoorne’s best.

Alex Lynn (Mahindra Racing) was the quickest driver in Group Qualifying having produced a surgically precise effort, but the Brit couldn’t replicate his earlier effort and will line up fourth.

Nissan e.dams’ Sebastien Buemi followed in a net fifth with a small lock-up into the tricky final chicane proving costly.

Having placed sixth overall in the first segment of Qualifying, de Vries was the first driver out in the pole position shootout, and the Dutchman performed well to end up within a quarter of a second of the pole time.  Buemi was second on track but was unable to match the Dutchman, and ultimately, he slipped to sixth by the end.

Third on track was Félix da Costa, and his best took him to stop spot from de Vries, while Günther’s best put him between de Vries and Buemi. The best time came from Vandoorne, who was fifth on the road, with his time of 1:26.494 just 0.028 seconds clear of Félix da Costa.

Lynn was unable to replicate his performance in the first stage, but the Mahindra Racing driver will be happy to be up at the sharp end of the grid in fifth.

The top six on the grid therefore are Vandoorne on pole ahead of Félix da Costa, with de Vries dropping from third to eighth as a result of his penalty from Rome. This promotes Günther to third ahead of Lynn, with Buemi and Lotterer sharing row three.