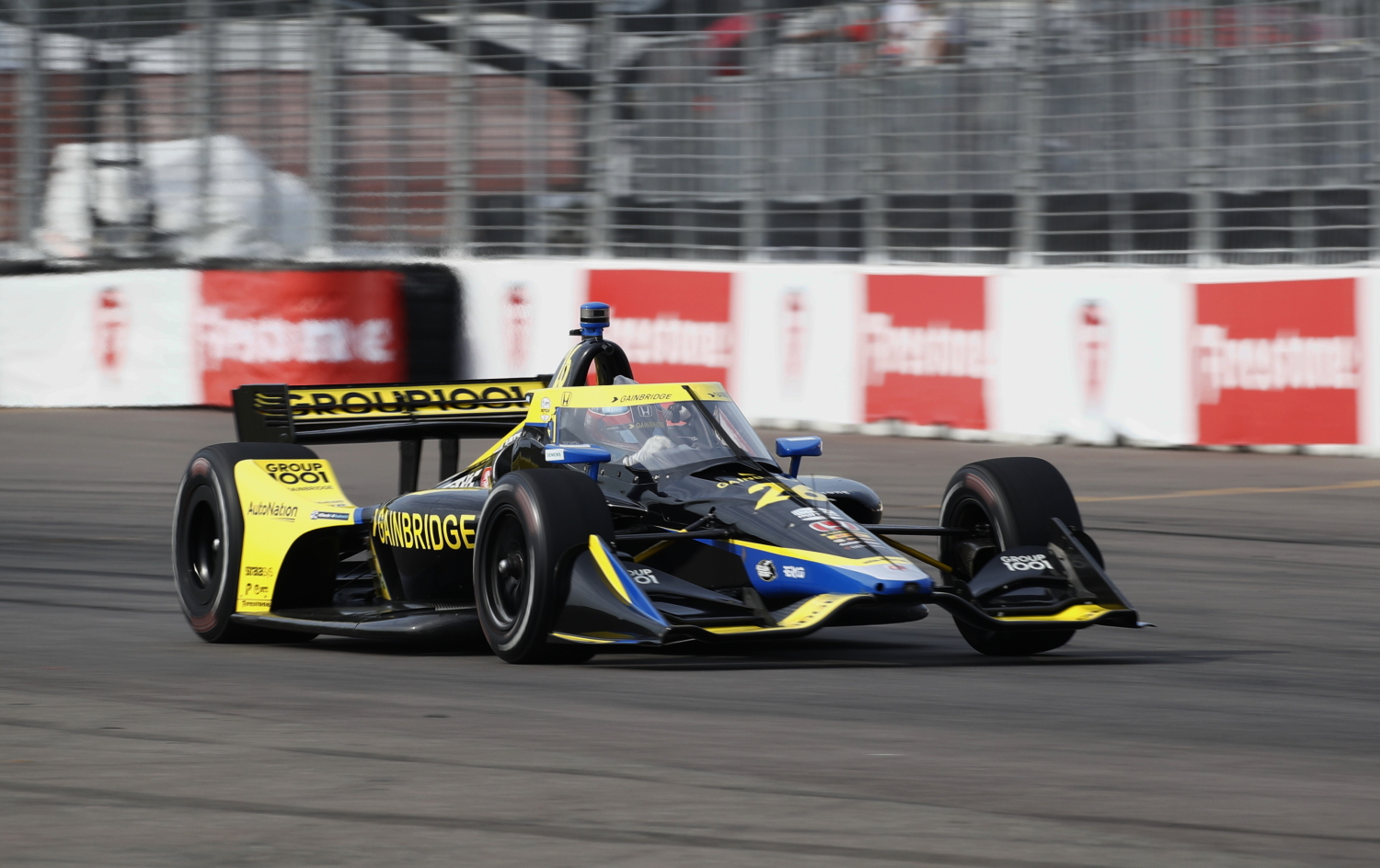 Team Penske Chevy  drivers Josef Newgarden and Simon Pagenaud were 3rd and 4th while Sebastien Bourdais put in a sensation effort to put the #14 AJ Foyt Chevy 5th on the grid.

“I knew we had a good race car for here and really good qualifying pace from last year,” Herta said. “We just had to get through those first two stages nice and clean. The Gainbridge car was so good today, and everybody did a phenomenal job all weekend up until this point. Really happy for the guys, and hope we have a great race tomorrow.”

This was the second pole at St. Petersburg for the Herta family. Colton’s father, Bryan, who calls race strategy on his radio for Andretti Autosport, earned the top spot for this event in 2005 while driving for the Andretti team.

Jack Harvey will join the younger Herta on the front row of the 100-lap race Sunday (noon ET, NBC and INDYCAR Radio Network) after a best lap of 1:00.5709 in the No. 60 AutoNation/Sirius XM Honda.

“There was a lot of work put in overnight and I trust everyone on the No. 60 crew, they’ve done a really great job all year,” said Harvey. “We felt confident coming into this weekend because of how it traditionally has gone for us in the past. The No. 60 AutoNation / SiriusXM Honda was really looking strong. I’m really looking forward to sharing the front row with our pseudo teammate, Colton. I just want to have a good start to the race and then we will go from there.”

Two-time series champion Josef Newgarden will start third after a best lap of 1:00.6078 in the No. 2 Hitachi Team Penske Chevrolet. Newgarden led both practices and both qualifying rounds up to the Firestone Fast Six this weekend on the 14-turn, 1.8-mile temporary street circuit.

It will be an all-Team Penske second row, as 2016 series champion Simon Pagenaud will start fourth after a top lap of 1:00.6353 in the No. 22 Menards Australian Gold Team Penske Chevrolet.

St. Petersburg resident and two-time winner of this event Sebastien Bourdais continued the resurgence for AJ Foyt Racing this season by qualifying fifth at 1:01.0017 in the No. 14 ROKiT AJ Foyt Racing Chevrolet.

Pato O’Ward, the NTT P1 Award winner last weekend at Barber Motorsports Park, will start sixth after a best lap of 1:01.0799 in the No. 5 Arrow McLaren SP Chevrolet. O’Ward was the only driver in the Firestone Fast Six to not use the more grippy Firestone alternate “red” tires, instead opting for the primary “black” tires that have less grip but more durability.

Power’s best lap of 1:01.1140 in the first session was only 10th best in the group and too slow to advance. He brushed the wall on his final flying lap, bending a toe link on his suspension, and spun on a short straightaway approaching the timing line, ending any chance of making the second round.

2014 series champion Power will start from his furthest position ever on this circuit. His previous St. Petersburg low was sixth in 2009.

There were no major incidents in the sessions, thou we suspect Alexander Rossi must be banging his head against a wall right about now.  Fastest in Round 1 of qualifying, the Andretti Honda driver blew it in Round 2.  Last year he crashed out of this race while leading, so the streets of St. Petersburg have not been kind to the Californian.