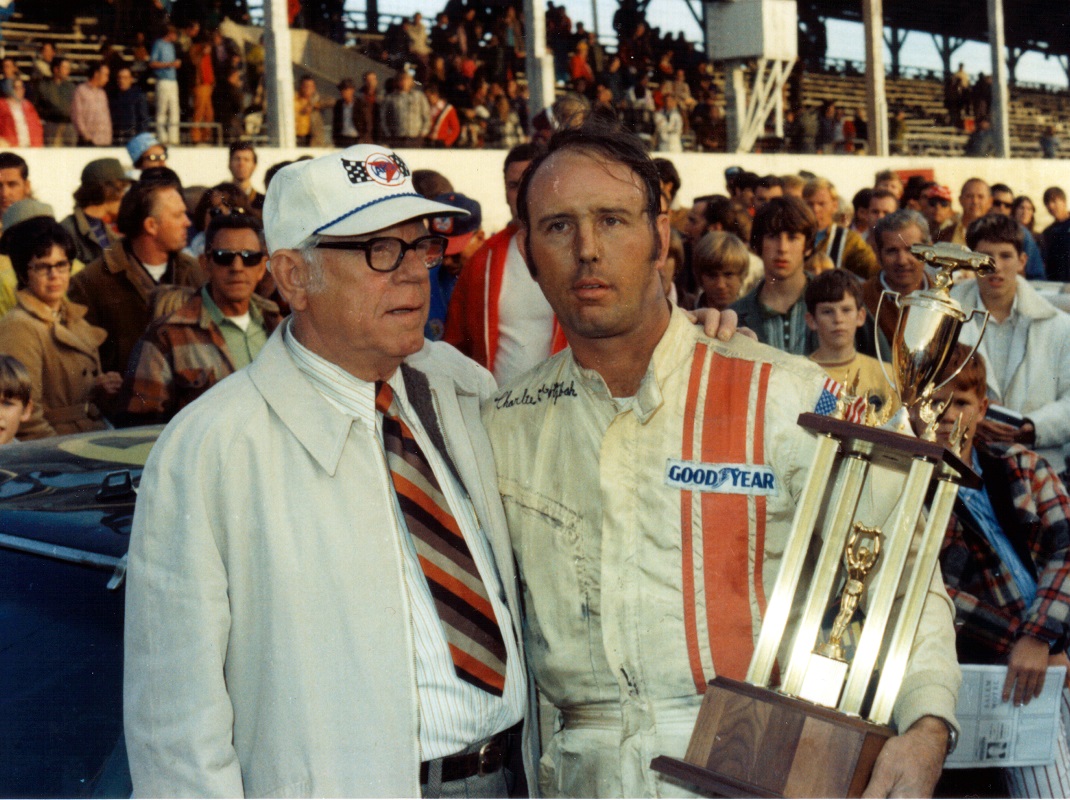 Charlie Glotzbach was found dead Friday in his Jeffersonville, IN home according to family sources.

Known as ‘Chargin’ Charlie’, he was the first person to exceed 200mph in a NASCAR vehicle at Talladega and still holds the fastest race average for Bristol Motor Speedway.

He raced for 32 years before taking the keys out of the ignition after 124 races.

While racing a part-time schedule during his Cup career, Glotzbach won four races and 12 poles in the late 1960s and early 1970s, when NASCAR’s top level was known as the Grand National division. In his 124 Cup starts, Glotzbach finished in the top five 38 times and the top 10 in 50 instances.

Along with his NASCAR exploits, Glotzbach primarily raced a part-time ARCA Racing Series schedule in his career. He has eight career ARCA victories and was named the ARCA Rookie of the Year in 1964.

One of Glotzbach’s four Cup victories came in the 1971 Volunteer 500 at Bristol (Tenn.) Motor Speedway. Driving a Chevrolet for NASCAR Hall of Fame driver and car owner Junior Johnson, Glotzbach set a track record for the fastest average speed during a Bristol race at 101.074 miles per hour.

Another historic victory for Glotzbach came in 1970 when he won the Yankee 400 at Michigan International Speedway in a Dodge Daytona. That was the first-ever Cup race to use carburetor restrictor plates.

#RIP ” Chargin’ ” Charlie Glotzbach. One of his coolest accomplishments was his return to Cup racing in the early 90s at age 52 after not starting a race since 1981. pic.twitter.com/SSf8ZCBYQs