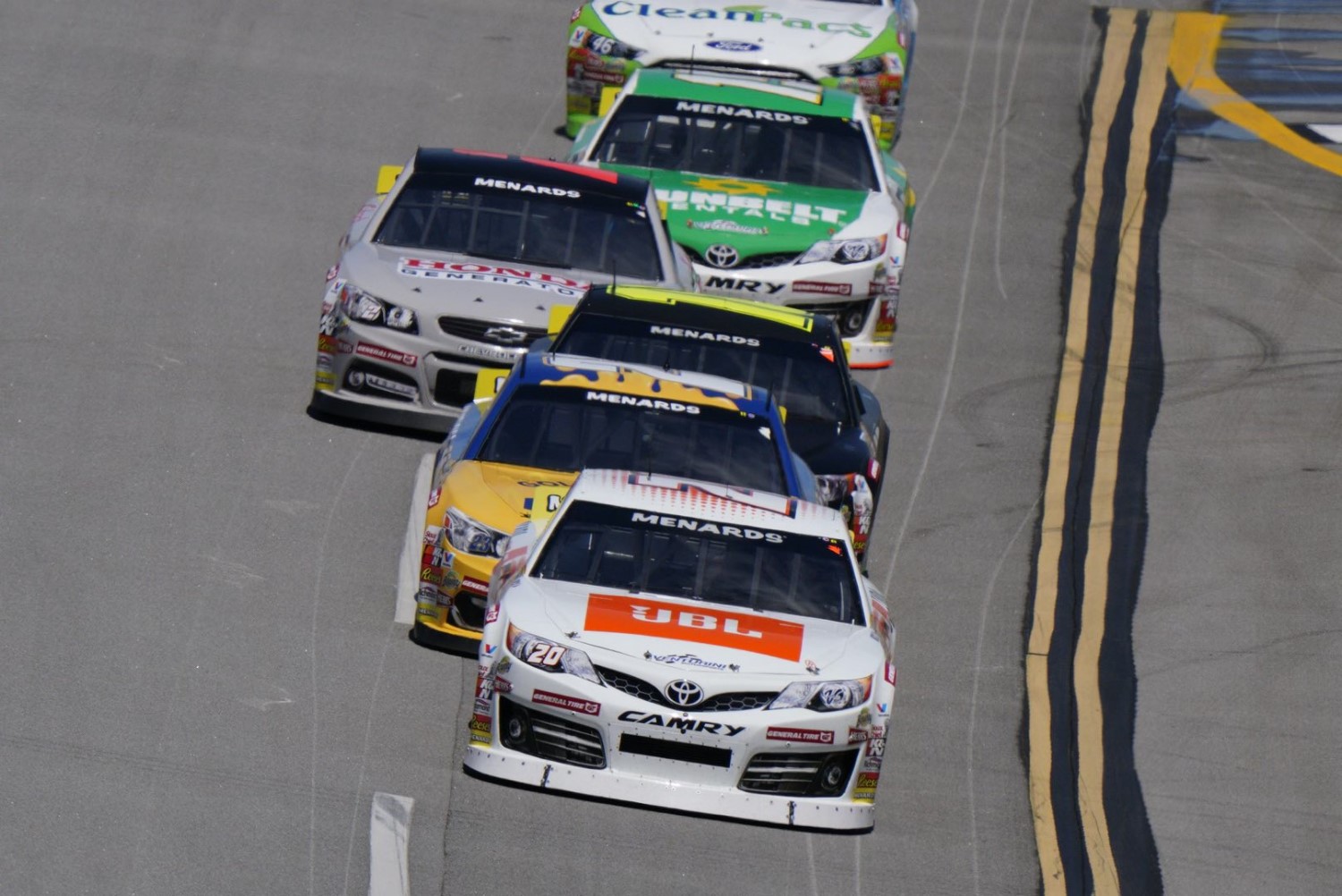 Over the last three decades, just one driver has won both the ARCA Menards Series race at Daytona International Speedway and the series’ event at Talladega Superspeedway in the same season.

Thanks to Corey Heim on Saturday, make it two drivers.

The 18-year-old Heim drove his No. 20 JBL Toyota to Victory Lane at Talladega in the General Tire 200. It was the Marietta, Georgia, driver’s second win of the year, following his triumph in the season-opening event at Daytona. He joined David Keith (2000) as the only driver to sweep the two races in a single season since 1992.

Saturday’s race came down to a sprint on a one-lap restart following a late caution. Heim restarted third with Bret Holmes and Nick Sanchez leading the field to the final green flag. Heim’s Venturini Motorsports teammate, Drew Dollar, immediately ditched the top lane to fall in line behind the No. 20.

And the same teamwork that pushed Heim to the win at Daytona did it again at Talladega.

Sanchez, who took the lead entering the Talladega Superstretch after Holmes failed to block his run on the outside, could do nothing to stop the VMS train in his mirror.

By the time the field reached the end of the backstretch, Heim was in the lead for good with Dollar in tow.

Dave Mader III, the 65-year-old racing veteran who was making his fifth ARCA Menards Series start at Talladega, pulled off an exhilarating second-place finish after he used a push from Thad Moffitt to get by Sanchez on the final stretch.

Mader, a native of Maylene, Alabama, picked up his best ARCA Menards Series finish since he ran second at Talladega in 1991.

The last time he got an #ARCA top 10, Terminator 2: Judgment Day was the No. 1 movie in America. pic.twitter.com/ZCkaFgM9UE

Sanchez finished third ahead of Dollar in fourth and Holmes in fifth.

The victory extends Heim’s lead in the championship points standings; he now has a 14-point edge over Dollar.

Including last season’s finale at Kansas Speedway, Heim has won three of the last four ARCA Menards Series races. He finished second to Ty Gibbs in the race he did not win, at Phoenix Raceway last month.

Gibbs, who entered Saturday’s race two points behind Heim in the championship standings, was in contention for the win until he was involved in an accident on Lap 62.

Contact between Sanchez and Greg Van Alst sent the latter spinning directly into Gibbs’ No. 18 Joe Gibbs Racing Toyota. Gibbs finished 27th and fell to fourth in the championship standings.

Derrick Lancaster, who finished 23rd after he was involved in a fiery crash with five laps to go, was transported to a nearby hospital for further evaluation.