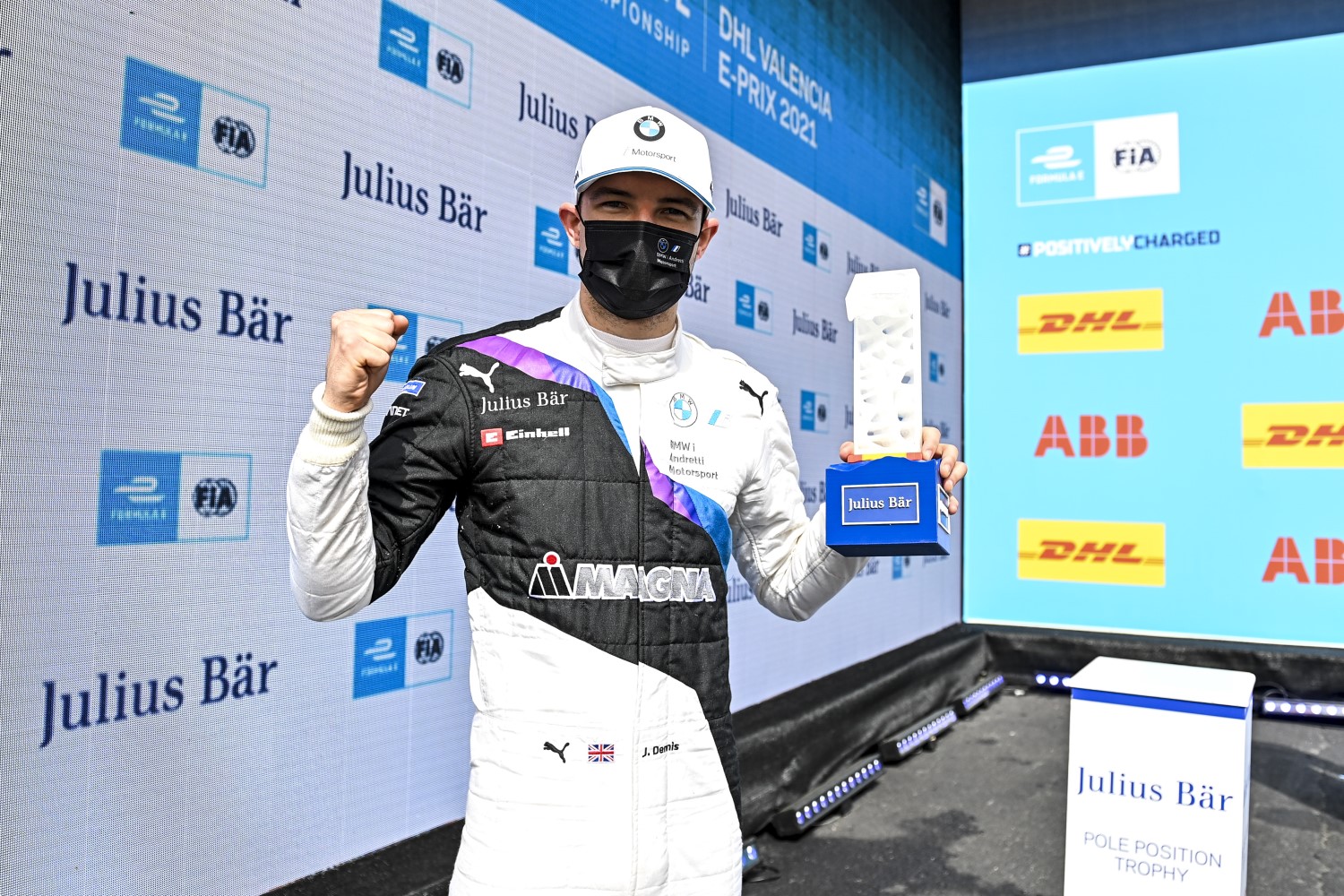 BMW i Andretti Motorsport’s Jake Dennis rocketed to a maiden Julius Baer Pole Position ahead of the DHL Valencia E-Prix Round 6, firing clear of Andre Lotterer (TAG Heuer Porsche) and Alex Lynn (Mahindra Racing), though a prior penalty for Lotterer sees the German line-up a net fifth.

The Brit was joined by four of his compatriots in Super Pole and took full advantage of a drying circuit, firstly as a Group 4 runner in Group Qualifying and secondly as the final driver to complete his lap in the six-driver shootout for pole.

He was precise and measured, and dug out a 1m28.548s as times tumbled towards yesterday’s quickest times with the morning sun in Valencia burning off the remaining damp patches around the Circuit Ricardo Tormo. That was well clear of the previous man on-track, Andre Lotterer, who would again line up on the front-row but for a penalty for an incident involving Edo Mortara in Round 5 which sees the Porsche driver start fifth.

“I am so happy, it’s such a relief after a difficult start of the season,” said Dennis. “We’ve put it all together and it’s the first race weekend where we’ve had no issues and I’m super happy for everyone who’s put in the hard work overnight.”

Alex Lynn starts a net second in the Mahindra, and the Brit hooked the lap up nicely to fire almost half-a-second clear of those that came before, with NIO 333 duo Tom Blomqvist and Oliver Turvey lining up third and fourth, Lotterer fifth, while ROKiT Venturi Racing’s Norman Nato rounds out the top six.