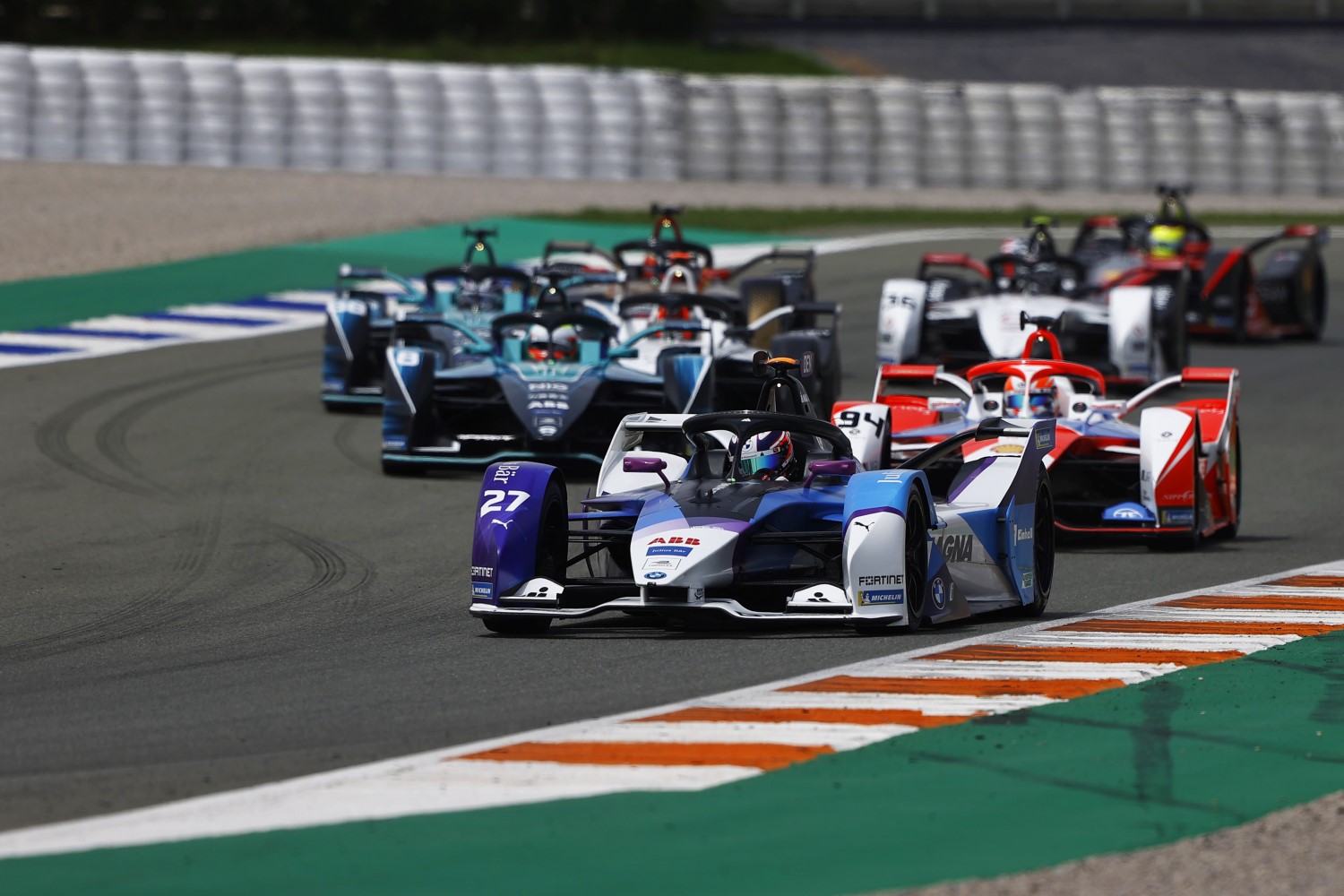 Rookie Andretti BMW driver Jake Dennis, in only his 6th Formula E race, started from pole and led lights-to-flag to win the 2nd half of the Formula E doubleheader in Valencia, Spain Sunday.

With the clock ticking down, Dennis’ engineer radioed to tell the leader to lose a second through the final sector to ensure a flat-out final lap rather than an energy-conservative last lap and it worked to perfection.

Dennis slowed the pace further to allow the race timer to tick down to zero, leaving only a one-lap flat-out sprint to the flag and he opened the gap to 1.483s at the finish.

That penalty for Nato handed Andre Lotterer 2nd place for Porsche as Lynn managed to recover to third in the amended results.

The only retirement was for Mercedes racer Stoffel Vandoorne, who was squeezed into an inside tire wall in a dice with Nissan e.dams driver Sebastien Buemi in the fight for 11th.

“I am lost for words. The whole race inside the cockpit was incredibly technical. Pulling a gap at the right point to get the Attack Mode was so crucial. Everyone in the team did a great job. I’m really happy for everybody. We had such a tough start to the season, but today we turned it around. We are back in it again.”

“You never know what to expect in Formula E. I thought it was going to be all about patience in terms of energy management and tires. We stayed calm and my engineer and team predicted the right moves from the very beginning, and we executed them well.”

“This is my first Formula E podium and it feels great. Hats off to Jake as he led from the front. It was our plan to stay behind but you are at risk of someone making a mistake, especially when you are in a train. We got a bit unlucky, but we recovered nicely, so thanks to the team. It feels super sweet to be up here spraying the champagne!”