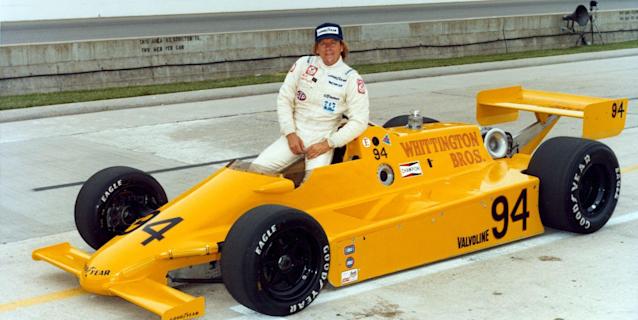 Five-time Indianapolis 500 starter Bill Whittington died in a private plane crash April 23 in Arizona. He was 71.

Whittington’s first four starts at Indianapolis, from 1980 through 1983, came with his family-owned team. But his best career result came in his final start, in 1985, when he placed 14th in the No. 12 Arciero Wines March/Cosworth owned by Frank Arciero.

Texas native Whittington’s best career “500” start came in 1982, when he qualified sixth in the No. 94 Whittington/Warner W. Hogdon March/Cosworth. That year also was significant because it marked the only time in the history of “The Greatest Spectacle in Racing” that three brothers started in the same race, with brothers Don and Dale also in the field of 33 drivers.

Bill Whittington’s best career finish in limited CART starts from 1980-85 was fifth in 1985 at Mid-Ohio for Arciero Racing.

He and his brother Don teamed with Klaus Ludwig to win the 1979 24 Hours of Le Mans in a Porsche 935 K3 fielded by Porsche Kremer Racing. Bill Whittington also finished second in the IMSA GT standings behind friend and Blue Thunder Racing teammate Randy Lanier in 1984, and his eight-year IMSA career ended with 14 victories.

Former IMSA and IndyCar racer Bill Whittington was killed on Friday when an airplane he was piloting crashed in the Arizona desert. Whittington is the only three brothers along with brothers Don and Dale to qualify for the same Indianapolis 500. He was 71 years old.

Bill and Don won the Le Mans 24 Hours together with Klaus Ludwig in 1979. Soon after, Bill and Don were convicted of drug smuggling and other charges and were serving time in prison.

FlightWatch shows the flight pattern of the aircraft taking off from Scottsdale and heading northeast near Winslow when it crashes north of Interstate 40 on a desert road in Navajo County, Arizona. The Navajo Sheriff’s Office helped put out a fire in the rubble and found two deceased men. The sheriff’s department declined to comment, as did the NTSB, which is investigating the crash.

FlightPath reveals that the aircraft made several loops and a number 8 before crashing at 5,700 feet. Winslow is over 4,800 feet tall. At times, the aircraft flew higher than 15,000 feet and speeds in excess of 300 miles per hour before the hour-long, seven-minute flight ended. Speed ​​was 100 mph when it crashed.