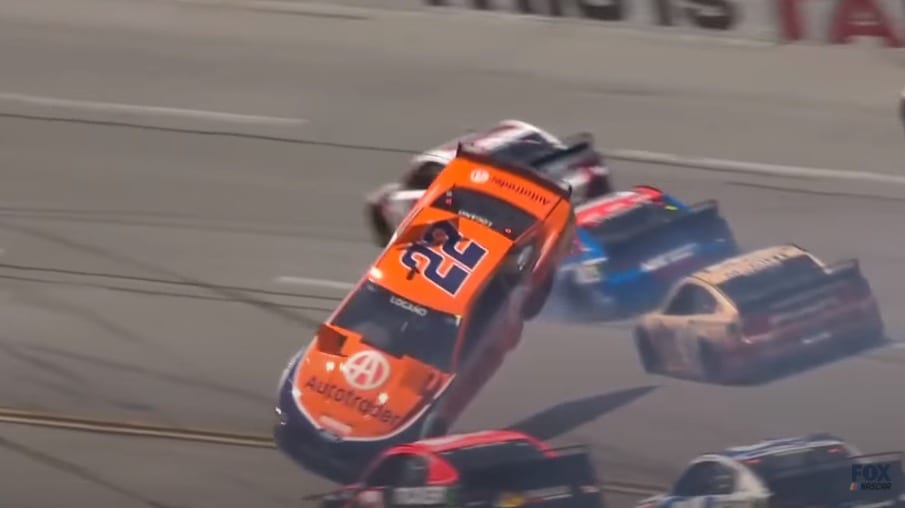 NASCAR ace Joey Logano says ‘dangerous’ track conditions need to change after he walked away from a terrifying airborne crash at the Talladega Superspeedway on Sunday.

Logano’s Ford Mustang was sent flying into the air after being bumped by fellow driver Denny Hamlin’s car as he went to make a pass at speeds of close to 200 miles per hour.

Logano’s car spun 180 degrees before lifting off the ground and flipping over, eventually coming to a standstill hundreds of yards away.

Logano walked away from the crash, but said if he had been struck by a competitor while his car was airborne he could well have sustained fatal injuries.

‘On one hand, I am mad about being in the crash, and on the other, I am happy to be alive,’ Logano said.

On another hand, I am wondering when we are going to stop because this is dangerous doing what we are doing. I got a roll bar in my head. That is not OK.

‘I am one hit away from the same situation Ryan Newman just went through. I just don’t feel like that is acceptable.’