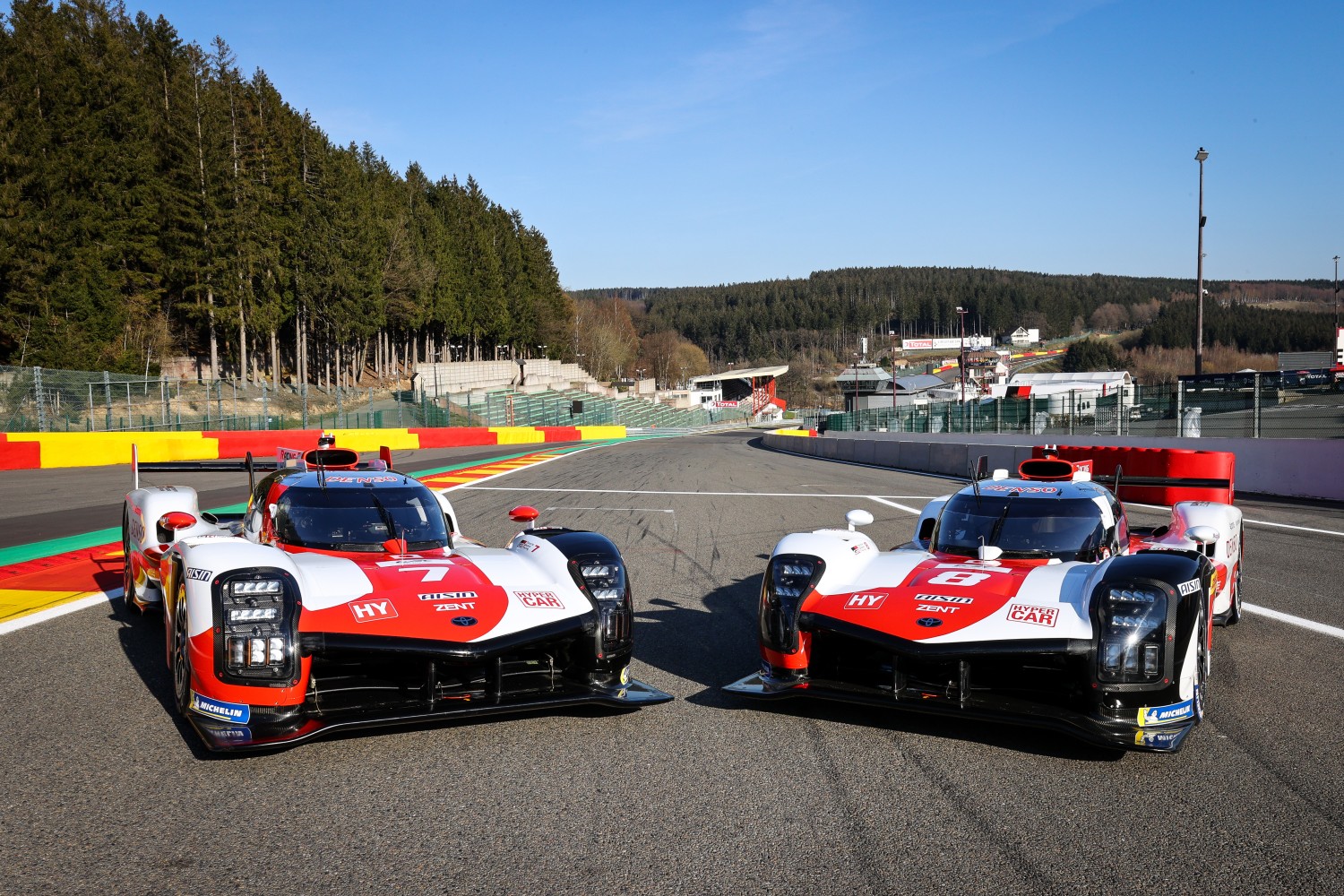 The final test session of the official FIA WEC Prologue at Spa-Francorchamps saw the No. 8 Toyota GR010 Hybrid Hypercar top the overall times with a lap of 2:04.669 posted by Sebastien Buemi.

However, Toyota has called for LMP2 prototypes to be slowed after its new Le Mans Hypercar was outpaced during official testing over the two days.

The Prologue was a two-day pre-season test which gives the 35 teams competing in this year’s WEC ample opportunity to test the car’s set-ups and for the drivers to get valuable seat-time before the season begins.

Alpine Elf Matmut was second quickest in the Hypercar category Tuesday afternoon with the second Toyota GR010 Hybrid third fastest in the WEC’s all-new premier category. The No. 7 Toyota Hypercar was 0.955s adrift of the sister No. 8 entry, the latter spending some time in the pits with bodywork damage following contact with Cetilar Racing at Raidillon.

Toyota was not happy that their expensive hypercar was outpaced by the low-cost LMP2 cars.

The balance between the cars competing in the new-for-2021 Hypercar category and LMP2 needs to be “reviewed”, according to Toyota Gazoo Racing Europe technical director Pascal Vasselon.

But is Toyota sandbagging?

“There may be the possibility to run with more power, but we did not validate this level of power,” Vasselon explained. “We could probably do more, but then we would be in unknown territory: it is not something we would apply in the very short term.”

Asked if he would be seeking changes in the wake of the two-day test, in which the best of the Toyotas GR010 Hybrids ended up half a second off Nyck de Vries’ pace in an Aurus-badged ORECA LMP2 fielded by G-Drive Racing, Vasselon replied: “I would think there is no choice. I don’t think it was the target to have this kind of stratification.”

For the fourth test session in a row, Porsche GT Team topped the times in the Porsche-Ferrari-Corvette manufacturer battle in the LMGTE Pro class. This afternoon it was the No. 91 Porsche 911 RSR – 19 which was quickest with a time of 2:14.244 set by Richard Lietz.

In LMGTE Am, TF Sport posted the quickest lap of the afternoon in the Aston Martin Vantage AMR – the team making a strong recovery after an incident yesterday at Raidillon.  Dempsey-Proton Racing (No. 77) and Team Project 1 (No. 56) were second and third fastest.

Neither the No. 29 Racing Team Nederland Oreca LMP2 or the No. 85 Iron Lynx Ferrari 488 GTE Evo made it out this afternoon following a collision at Blanchimont this morning.

Now the teams will have tomorrow to prepare their cars ahead of the WEC season-opener – the TOTAL 6 Hours of Spa-Francorchamps – which takes place on Saturday 1 May at 13h30 local time. Track action will resume on Thursday with FP1 which is scheduled for 15h30 CEST.